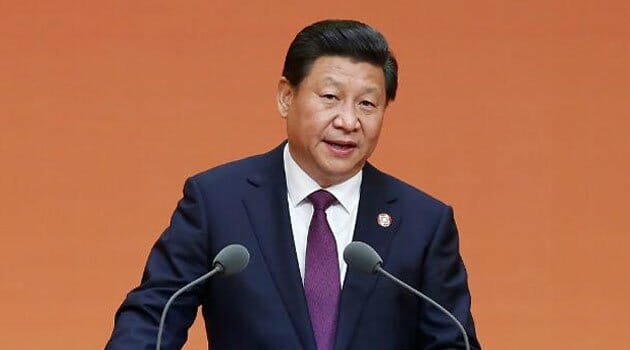 When Chinese President Xi Jinping pledged to “safeguard the rights of people in line with law” in his New Year address, Xu Liangju was in a cell for seeking government action over the killing of her teenage son.
On a winter morning, the 45-year-old was muscled into a van, taken to a police station, driven seven hours to her home province of Henan and sentenced by police to 10 days’ detention.

China’s Communist Party-controlled legislature, the National People’s Congress (NPC), gathers in the capital this week with the “rule of law” high on the agenda.

It is one of Xi Jinping’s “Four Comprehensives” in a newly proclaimed political theory, but the concept has a different meaning in China than elsewhere.

Last week the country’s supreme court denounced “judicial independence” and “separation of powers”, calling on judges to “resolutely resist the influence of the West’s erroneous thought and mistaken viewpoints”.

Analysts say the “rule of law” is seen as a way for China’s rulers to exercise authority, rather than be subordinate to it themselves.

Not even Party cadres are safe. The ruling organisation’s feared internal Central Commission for Discipline and Inspection (CCDI) operates its own justice system known as “shuanggui,” beyond external legal control.

Its investigators have essentially free rein over suspects and there is no right to legal counsel.

Xi’s two-year-old anti-corruption drive – likely to be trumpeted as a triumph at the NPC – has seen thousands of officials disappear into CCDI custody.

Typically, several months later they will be ruled to have violated party rules and handed to judicial authorities for prosecution, with their guilt already pronounced.