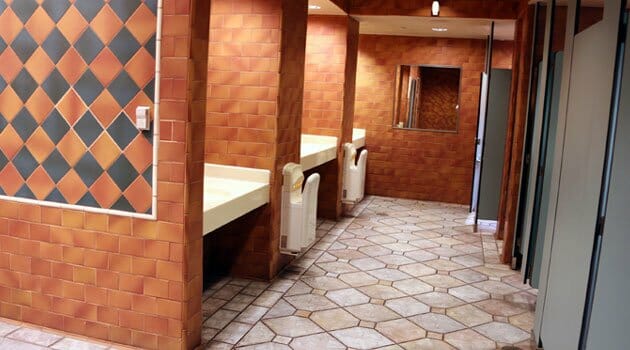 The built-in bottom washers and pre-warmed seats of Japan’s luxury toilets have become the latest flashpoint with China, as Beijing’s state-run media launched a thunderous tirade against them Thursday.
The Global Times, which is affiliated with the Communist Party mouthpiece People’s Daily, devoted the editorial in both its English and Chinese editions to the subject, under the headline: “Popularity of Japanese toilet seats overstated”.

“That Chinese tourists swamp Japanese stores at a time when the country is facing a sluggish domestic demand is certainly not something to be proud of,” it said.

The two countries are at loggerheads over the East China Sea islets which Tokyo controls and calls Senkaku and Beijing claims as Diaoyu. Both sides have repeatedly sent ships and aircraft to the area.

But despite their political differences Asia’s two biggest economies have close business ties, and roughly half a million Chinese tourists descended on Japan over this month’s Lunar New Year holiday, spending an estimated $882 million according to Nomura Securities.

A slight thaw in relations saw the two countries’ leaders meet during a regional summit in November, but tensions remain high with many ordinary Chinese remaining resentful over Japan’s invasion of China during the 1930s and 1940s, events state media and the Communist party regularly recall.

It was unclear why the Global Times focused its ire on the smallest room, but it may have been triggered by a Beijing Youth Daily article that said the seats were second only to rice cookers in popularity among Chinese tourists to Japan.

The high-tech bathroom accessories, often equipped with multiple water jets, hot air dryers and automatic lid raisers, are common throughout Japan and often seen as a status symbol among the Chinese nouveau riche.

The Global Times acknowledged that the toilets’ popularity “is not accidental as they explicitly show the human touch, intelligent design and sophistication of Japanese goods”.

But it added with disdain: “World-class toilet seats are not what Chinese manufacturers aspire to make.”