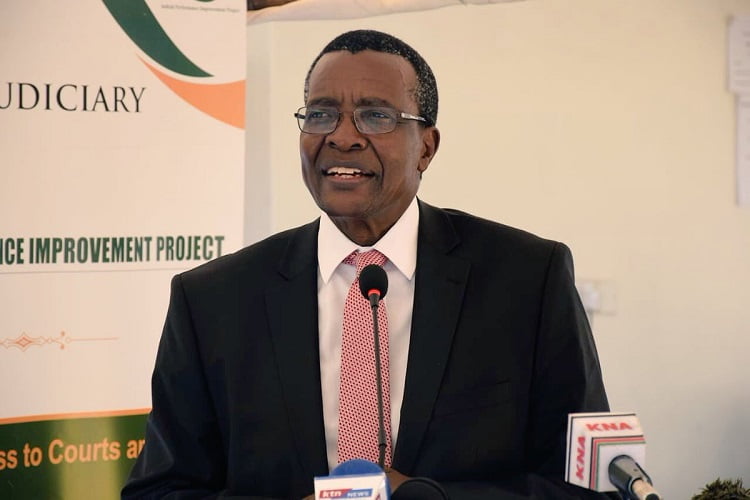 The office of Chief Justice David Maraga has received a petition to dissolve the National Assembly.

Here is the petition below as sent

PETITION TO THE CHIEF JUSTICE OF KENYA HON. DAVID MARAGA TO ADVISE THE PRESIDENT H.E UHURU KENYATTA TO DISSOLVE THE PARLIAMENT PURSUANT TO ARTICLE 261 (7) OF THE KENYA CONSTITUTION 2010 & HIGH COURT RULING BY JUSTICE JOHN MATIVO ON MARCH 2017.

We the undersigned petitioners being citizens of the Republic of Kenya pursuant to Article 261(7) of the Kenya constitution 2010 and the verdict held by Justice John Mativo on March 2017-;
DRAW the attention of the Honourable Chief Justice to the following-

1. THAT the constitution is the ground norm and the supreme law of the land and that it was voted overwhelmingly by Kenyans in the year 2010 and should be respected as it represents the decision of the majority of Kenyans.

2. THAT Article 261 of the Constitution of Kenya 2010 stipulates that there is 48 consequential legislation that should be passed by parliament within a specified time frame to govern a particular matter.

3. THAT 47 of the 48 consequential legislations were passed and one remaining has taken a lot of time to enact and implement so as to be in conformity with the constitution.

4. THAT Article 81(b) enshrines that there should be no more than two-thirds of the members of elective public bodies of the same gender something that parliament has continued to violate.

5. THAT in 2015 High Court Judge Mumbi Ngugi ordered the then Attorney General Prof.Githu Muigai and the commission for implementation of the constitution to prepare and table the law for legislation.

6. THAT as the court processes went on, several attempts to have a law failed in parliament, mostly due to quorum hitches.

7. THAT in verdict issues in March 2017, High Court Judge John Mativo said that if the gender principle had not been implemented by June that year, anyone could write to the Chief Justice to advise the president to dissolve the parliament.

8. THAT in the historical precedent set by the supreme court of Kenya, the Honourable Chief Justice stated that,” It is also in our view that the greatness of a nation lies not in the might of its armies, important as that may be, not in largeness of its economy, important as that may be, the greatness of a nation lies in its fidelity to the Constitution and the strict adherence to the rule of law and above all the fear of God.”

9. THAT on October 19th 2016, The Honourable Chief Justice swore to protect, defend and uphold the Constitution of Kenya 2010.

THEREFORE your humble petitioners pray that;

10. THAT pursuant to Article 261(7) The Honourable Chief Justice to advise the president to dissolve the parliament until it’s in conformity with Article 81(b) of the Constitution of Kenya 2010 and it’s well constituted. 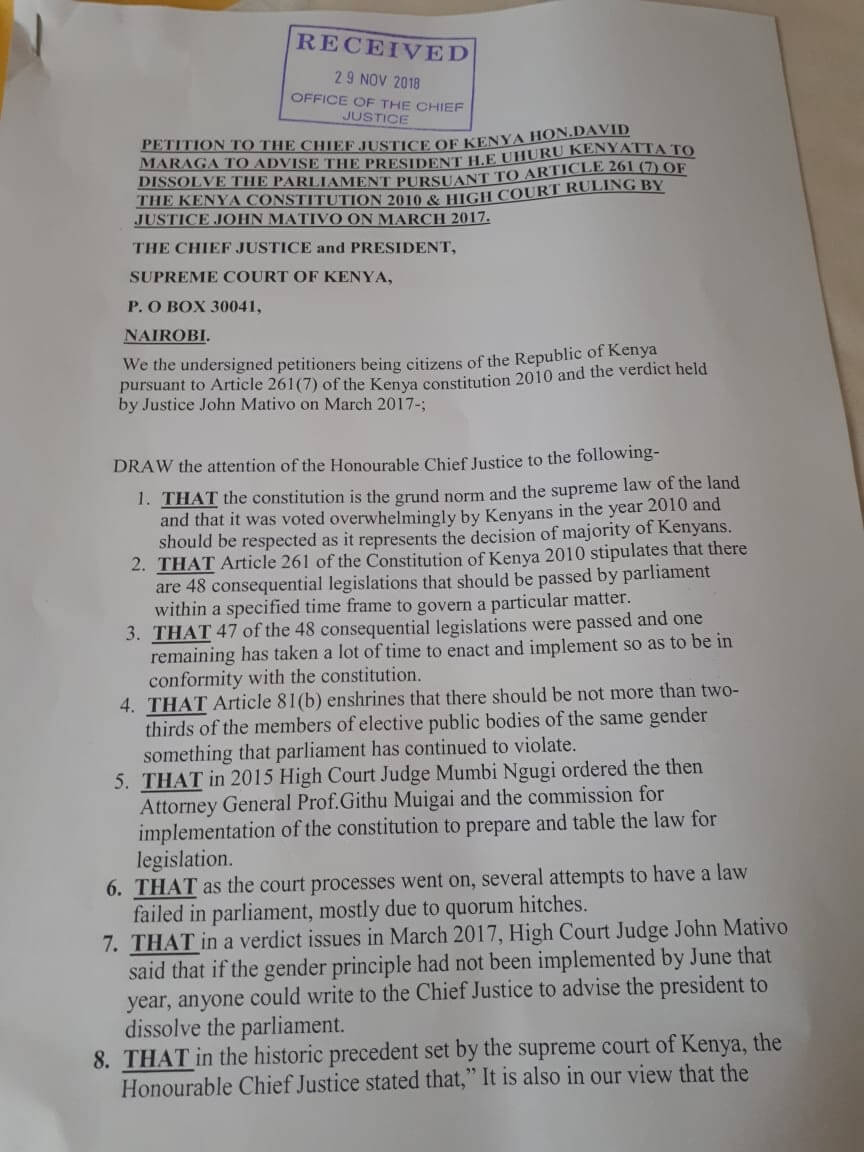 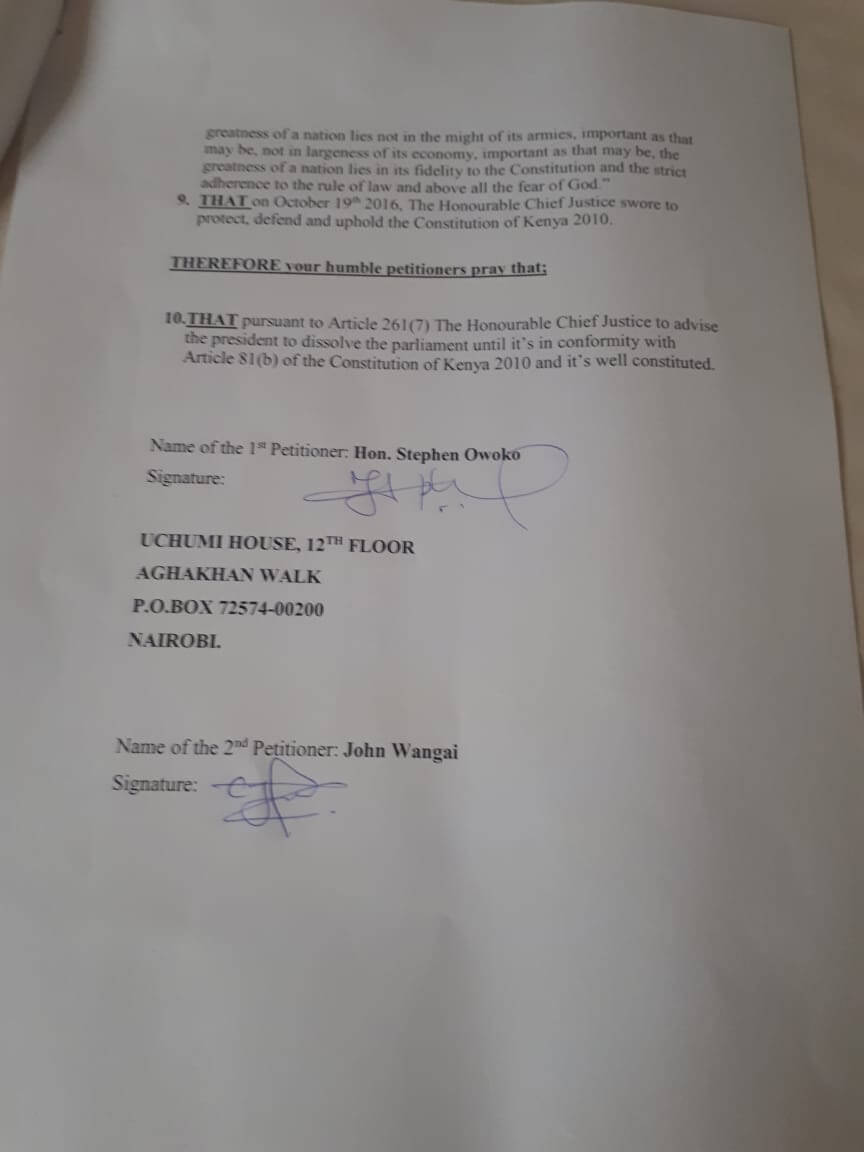 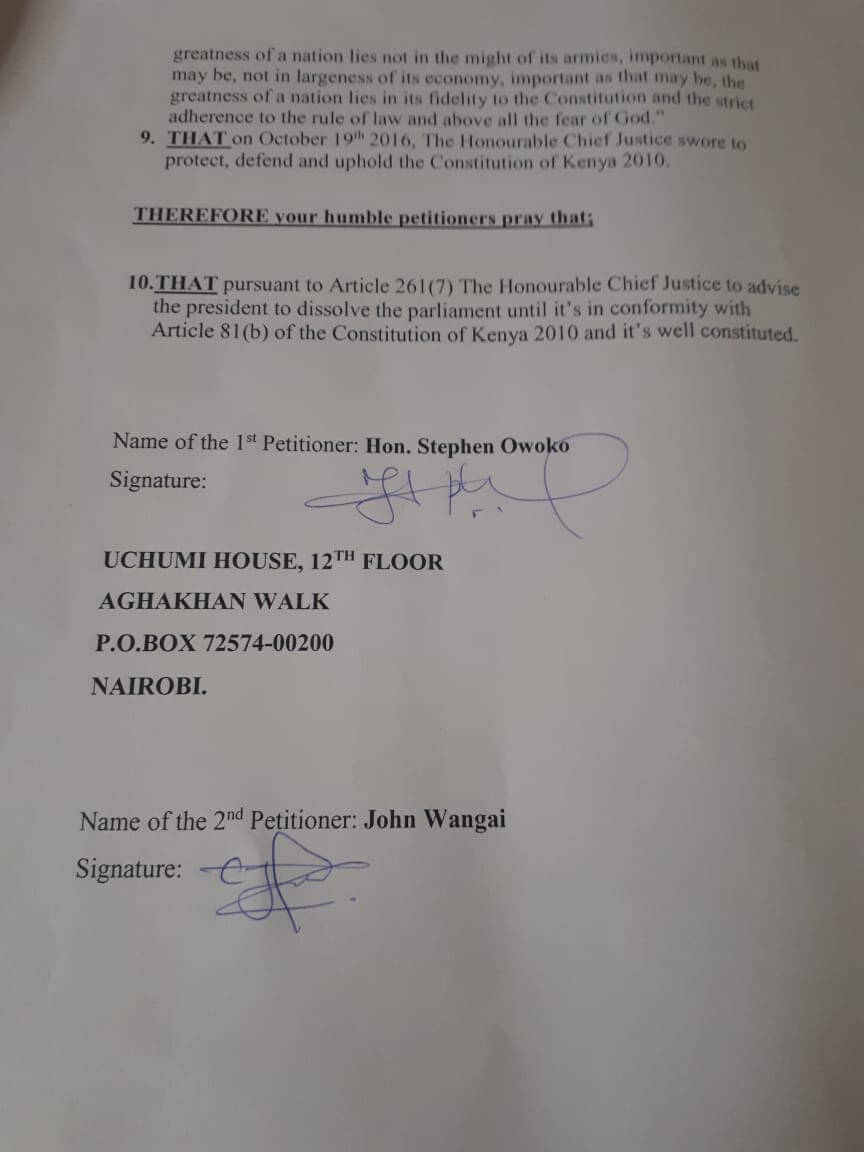