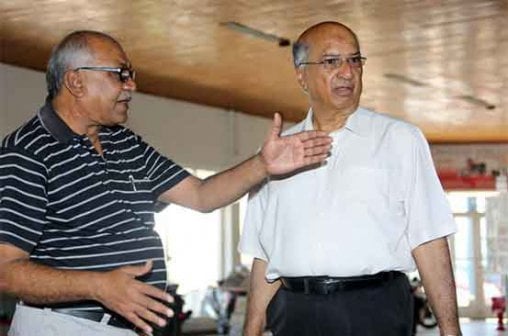 We were recently shocked by news of closure of one of the country’s lead tyre manufacturer Sameer Group, who are makers of the Yana brand. In Kenya, the Business climate has been rigged to suit individuals who bribe officials of Government agencies. In this case, Kenya Bureau of Standards (KEBS) senior officials have been bribed to allow cheap Tyre Imports to flood the market.

Government of Kenya (GoK) is admiring Sameer Industries going down just as Kenya Airways (KQ) did with almost ten thousand families and more being affected and Government agencies like the moribund Ethics and Anti-Corruption Commission is silent as KEBS officials accept bribes to allow cheap Tyre imports.

1. Sameer is winding up because of cheap tires importation from either Thailand or China

2. What work does The Kenyan Bureau of Standards (KEBS) perform.It means KEBS and Kenya Revenue Authority (KRA) teams have been bribed to allow sub-standard importation of fake goods.

Of late if you have noticed AUTO EXPRESS Kenya Ltd has expanded and spread its wings like a plague all over the country selling and marketing its main brand WESTLAKE Tyre brand.

It’s good for them to expand their business but why would KEBs, KRA and GoK allow rejected tires from all over the world be dumped in Kenya furthermore, being sold at a throw away price hence AUTO EXPRESS owner knows very well they are rejects. But since he has bribed Kenya Bureau of Standards officials, they have turned a blind eye on this vice which is leading to many deaths across the country.

A recent Australian investigation has found that Chinese-made tyres Westlake have been banned in many countries around the world, countries that put safety ahead of money, unlike in Kenya where Government officials are Bribed to aid and abet fraud and loss of life.

Hangzhou’s US distributor claims the company had stopped including a gum strip in the manufacturing process which prevents tread separation. Seven years ago, Firestone had to recall 1.4 million tyres over a similar issue that was alleged to have caused more than 120 deaths in the US alone. Tread separation leads to tyre failure, causing vans and SUVs to roll over.

Hangzhou tyres are sold in Australia under the brand names Westlake, Compass, Telluride and YKS. Jeffrey Killino, the lawyer for the families of the two men killed, says that all Hangzhou had to do “was spend 25 or 30 cents a tyre to put this safety feature in and these young men wouldn’t have died”.

In recent years, many Chinese tyre manufacturers have come under attack for making substandard and unsafe tires available for sale in many parts of the world. Furthermore, some Chinese manufacturers have been the subject of forced recalls by many state Attorney Generals and the Federal Trade Commission. While there are many variations of Chinese import tires that have come under attack, companies that have been the subject of forced government recalls include:

All of these brands of cheap tires are made by the China-based Hangzhou Zhongce Rubber Company; furthermore, it is alleged that these tires lack even the most basic of safety features such as gum strips which are a rubber feature that helps prevent steel belts inside the tire from separating or damaging the rubber.

So do we blame all road accidents to drunk drivers, poor road maintainers yet basic human safety like tires are being ignored and Kenyans are dying like flies? The National Transport and Safety Agency (NTSA) which successfully managed to bribe journalists so as to develop the narrative that alcoblow is the cure for road accidents in Kenya, is an agency that should be disbanded as it is serving no use other than extorting bribes and allowing such blatant corrupt activities to thrive.

Journalists in Kenya who were bribed by NTSA Chairman Lee Kinyanjui, for instance Evelyn Wambui who was sacked by Citizen TV, have lost clout and their recent demonstration across the country didn’t attract public interests because mainstream media journalists are known to be extortionists who only cover issues that they have been bribed to.

Unlike the demo where Kenyans from all walks of life joined journalists to protest a gag-law around 2006, yesterday’s protests passed unnoticed because Kenyans have realised that mainstream media is in bed with the same criminal/corporate elements who have ruined this country.

So just as we celebrate KQ’s death, just as journalists were bribed to hype Evans Kidero after he brought down Mumia Sugar, so are we trying to justify Jubilee’s incompetence and absolved them from blame when Yana Tyres closed shop.

Instead of making the business climate affordable by reducing power costs and cracking down on rogue importers of counterfeit products, Jubilee is actually celebrating the closure of manufacturers who employ families. Meanwhile, idle Kenyans are celebrating when Jubilee uses their Eurobond money to purchase a building, money that should be building hospitals, roads, flyovers, etc.