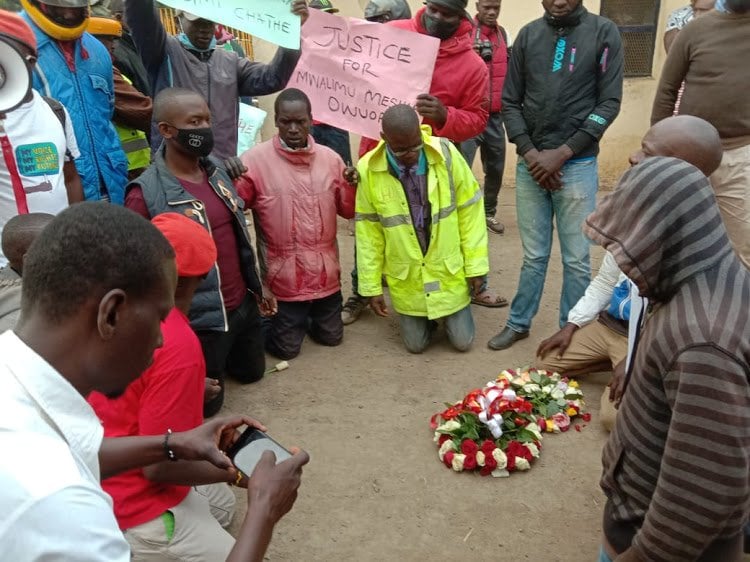 Thanks to the country’s corrupt police service and an extremely unreliable judicial system, many Kenyans have over the past few years learnt to adopt digital activism and use various social media platforms as their preferred method of amplifying unheard cries for impartiality which the courts hardly ever deliver nowadays.

It has, therefore, become quite common to find hashtags and blog posts exposing the numerous evils within the society which perpetrators often attempt to sweep under the carpet away from the public’s attention.

In yet another one of these instances, netizens on Thursday afternoon irate netizens took to Twitter where through the hashtag #ChatteKillerFamily, they demanded justice for three Kisumu locals Meshak Ouma (37), George Oudi (28) and Martin Bonyo (25) succumbed following a now-controversial accident along the Kondele-Kibos road on Saturday 25th July 2020 just a few minutes past 9. p.m.

According to witnesses who were present at the gory scene, a speeding driver unsuccessfully attempted to overtake the three who were on a bodaboda but ended up knocking down and killing them all on the spot.

The private car, which reportedly to belongs to the owner of Kibos Sugar Factory, is said to have later sped off to the main factory where its occupants allegedly abandoned it and disappeared into the thick night.

From the threads of tweets seen by cnyakundi.com, it is believed that there has been a deliberate scheme to cover up the real perpetrators of the accident in an illicit collaboration between local authorities and some members of the wealthy family behind the company.

Kibos Sugar factory is owned by the famous Chatthe family and is currently run by Mr. Sukhwinder Singh Chatthe — one of whose flamboyant sons (Simi Chatthe) is deemed to have been behind the company car’s wheel on that fateful night. 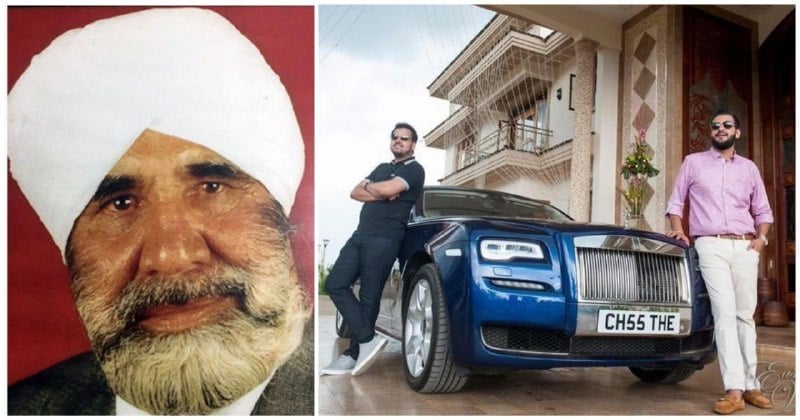 Interestingly, the suspect who was arrested and later released on bond following the incident was in fact neither driving nor inside the said vehicle which caused the accident.

Just on Tuesday this week, police officers were called in to disperse hundreds of rioting youths who had camped at the Kibos Sugar factory in Kisumu to protest the death of three.

“Why are the authorities trying to hide the real culprit behind the incident? We want justice for the family, the orphaned children and widows,” local activist and a close friend of the bereaved family Boniface Akach demanded, further requesting the Directorate of Criminal Investigations (DCI) to look into the event.

In today’s posts, social media users echoed the same message, insisting that the law be allowed to take its cause and the real perpetrators promptly indicted.

Go through some of the reactions we sampled below.

The reports reveal that three people were killed on the spot by a drunk reckless driver who has since been identified as Simi Chaathe, son to Sukhwinder #ChatteKillerFamily

In Kenya, Justice is only served to the Rich. The poor only benefit from Injustice. It doesn't make sense to have someone kill 3 innocent kenyans & the person is walking scot-free while a Chicken thief is handed even 3 yrs in prison. Is life that unimportant? #ChatteKillerFamily

It is unacceptable that a driver from Kibos Sugar factory knocked over and killed 3 on a boda boda during curfew time along the Kondele to Kibos road but the driver had not been arrested or charged and the residents need justice for this #ChatteKillerFamily pic.twitter.com/bG0PMl4npz

In Kenya, a Common Citizen is always on his or her own. 💔💔

They were so quick to summon Edgar Obare but Babu Owino is still a free man, like nothing happened.

The #ChatteKillerFamily are also walking freely even after allegedly killing three men in Kibos. SAD REALITY 😭😭😭

Currently Kenyans need justice to take charge because there is a unanswered question on how can a company's vehicle kill three men in a bodaboda but the matter has not been addressed nor the real culprit convicted #ChatteKillerFamily pic.twitter.com/Wljqf62B9c