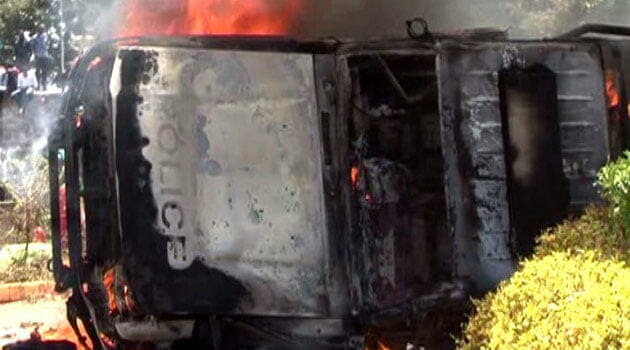 Students at Moi University main campus in Eldoret demonstrated on Sunday after a third year female student was found raped and killed near one of the institution’s hostels.

The deceased was a third year student in the school of Arts and Social Sciences.

Police lobbed teargas to the students in a bid to contain the situation after the protest turned chaotic and students blocked police from taking the body to a morgue demanding for an address from the school administration.

The students later set fire to a police vehicle that had gone to pick the body as students accused the police of doing little to protect them.

“They don’t want to see police in the vicinity… they are accusing them of failing to protect them,” a student in the school told Capital FM News.

Police are yet to arrest the perpetrators or determine the motive behind the killings of the female student.