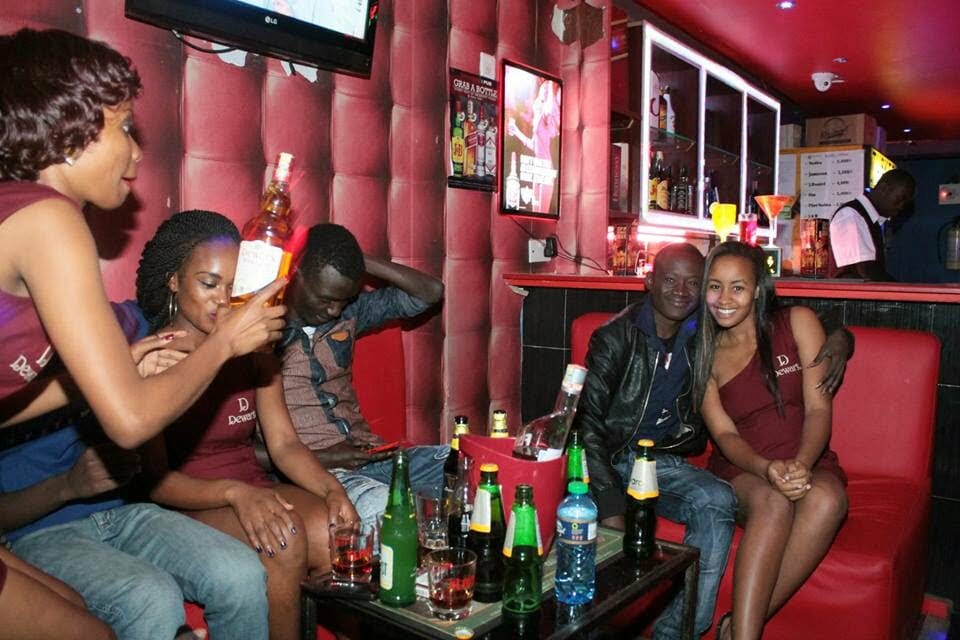 If we will change Kenya, we have to change the ways drilled in us by a partisan media, comprising of graduates from the mediocre Daystar University, which we beseech employers not to be admitting alumni from that hopeless institution.

In Kenya, men are to blame for the moral malaise that’s being witnessed in the country, to the extent that a bunch of misguided Atheists can get airtime in the bogus media, as if being atheist is such a revolutionary act.

In Kenya, men hit the clubs, meet random bitches and buy them alcohol or food, instead of donating such money to charities that will better the country. Kenyan men have incubated prostitution by feeding the food-chain of money-hungry bitches.

Many Kenyan men go home disappointed and frustrated after spending thousands of shillings on women buying drinks, food and sheesha, in the silent hope of sexual intercourse which doesn’t happen because Kenyan bitches have learnt the art of extortion from senior hoodrats who brainwash them via mainstream media.

For instance, a Kenyan man walks into a club like 1824 or Brew Bistro Westlands and meets a fly looking Kenyan hoe who flirts and even rubs her tits on his body leaving the useless man feeling aroused. The basic Kenyan bitch will then request a drink for her and maybe her friends and due to the reverse psychology especially after close proximity, the man will oblige.

The reality is that Kenyan bitches hit the clubs with a script. They roll in packs with clear roles. There’s the sexy one who acts as bait. Then there’s the mother-hen who’s always drinking water. The rest are accessories but those two are the ones who call the shots.

In the yester-years, women would not dangle the carrot in exchange for drinks in the club. Women would be forthright from the onset if they didn’t wish for random sexual liaisons in the bar. Today’s basic bitches have made it their core-business to extort drinks from gullible men, whilst acting like they will concede some sex in return.

It’s very easy. Men have to simply tighten their belts and refuse to spend money on basic bitches whom you randomly bump into the club.

Spend money on your close friends, classmates, colleagues but not basic bar bitches who consciously hit the clubs in the hope of finding naive Kenyan men to buy their drinks all night.

In America, young individuals go Dutch and split bills between men and women. In Kenya, we have turned women into tokens who must be treated as dependants. The women then use the messaging from mainstream media as an opportunity to extort and misuse.

Kenyan men, please learn to say no. When basic bitches text you soliciting for MPESA, say no. When hoe’s in the club as to be bought for drinks or sheesha, laugh as if she cracked a funny joke.

The truth is that unfortunately, the men who spend mad cash on Kenya’s basic bitches, aren’t the ones who benefit from sexual goodies. Kenyan basic bitches always have that one side-nigger who attends to their libido at no cost. This could be a neighbor, matatu driver/tout, DJ, uber-driver or even waiter. Such side-niggers are on speed-dial, and will be on call to pick up the bitch that you’ve been blowing cash on all night.

If you look at single mothers today, they curved decent chaps and went to raw-dog with useless men, who then exited the building. The same women who curved decent chaps and became single mothers then expect a normal decent guy to embrace them with their kid. Why do we accept such bullshit as shoved down our throats by the feminist-dominated media?

The common denominator in this whole conundrum is men. Men have to stop being so generous and gullible. Why are you marrying a single-mother? Are you Jimmy Gathu? Why are you buying drinks for random bitches you’ve never met before?

These Kenyan bitches have been spoilt by old men who happily shower them with cash incentives plus gifts. These old men are the ones who will retire from their jobs and relocate back to their rural homes, because all the money they would have invested, they spent on hoodrats.

Kenya Revenue Authority (KRA) is said to have the most old men who have made it their habit to keep younger women as clande’s. Because of the bribes KRA officials stumble onto, they always have loose money to entertain campus bitches and buy them clothes or take them on holidays.

Normal young Kenyans shouldn’t be pressured by these young bitches who have been spoilt after dating older men. Again I repeat, these visible Kenyan bitches are the minority, as many women in Kenya aspire to be married and live normal family lives.

Kenyan men, let’s change the narrative. Stop being so generous with your money, while trying to impress thankless entitled Kenyan bitches. Use the word “NO” more frequently and let’s encourage these bitches to pay their own bills. Don’t buy drinks for chics you just met in the bar. Let them hustle like the rest of us.