Social media can be tricky, often times slippery. One might think they are doing a great job by posting some ‘sense’, but it has always been, that the person who posts cannot decide what is sensible and what is not.

Today, the Central Bank of Kenya Governor Patrick Njoroge has gone out of his way to ‘show’ love for Watu wa mjengo, ending his thread of tweets with the word Respect.

Here is what I take of it.

It all stated when a Kenyan joke about a mama mboga being a CIA agent for debating using the words ‘the big picture’ which was totally unsuspected for the tweep.

It might have been the normal jokes on Twitter but by gaining alot of retweets and likes, the tweet attracted the attention of the top banker.

His barrage of tweets answering the tweep was a clear example of how the elite view the rest of us: They view us as uneducated slaves. 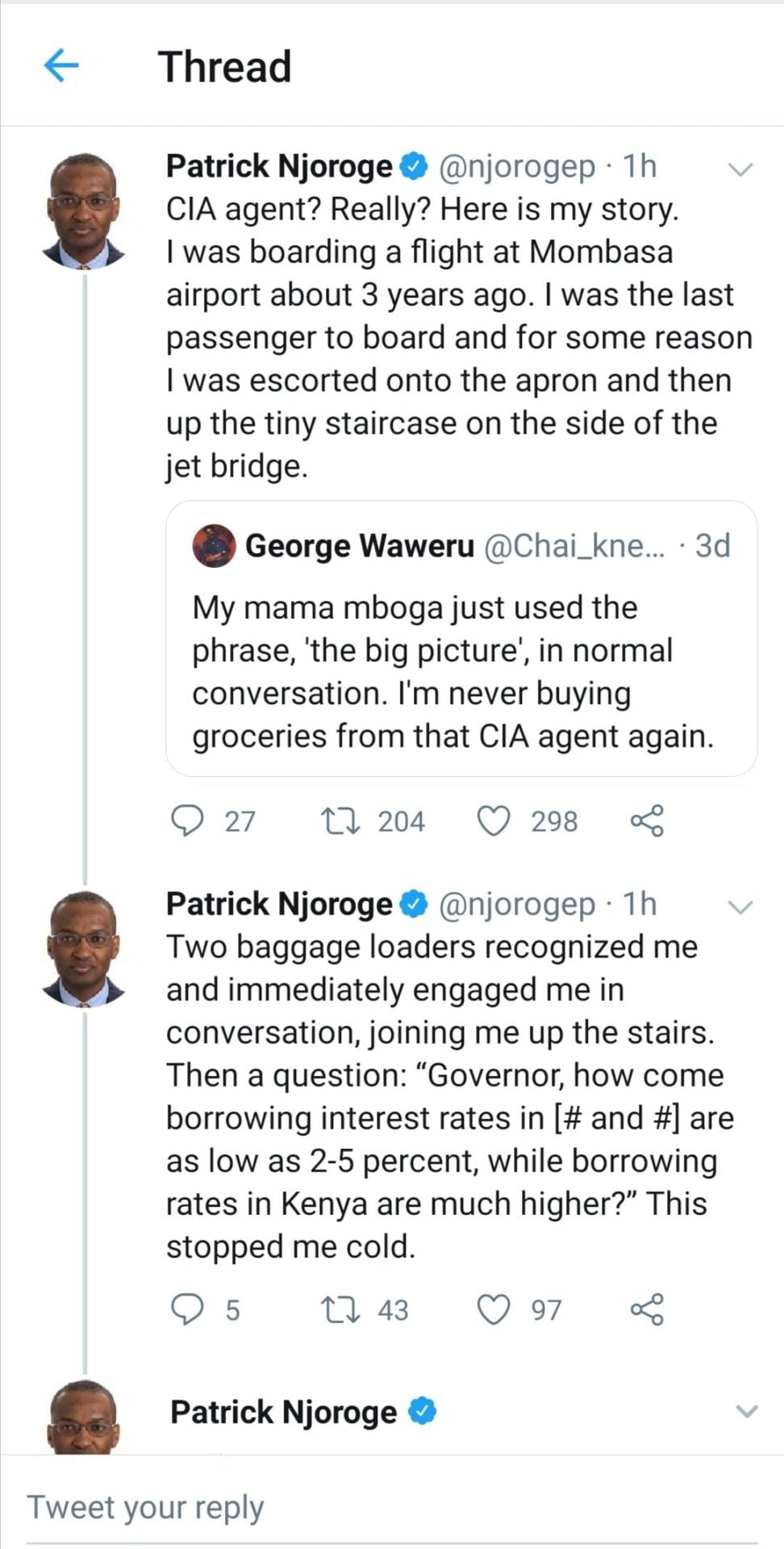 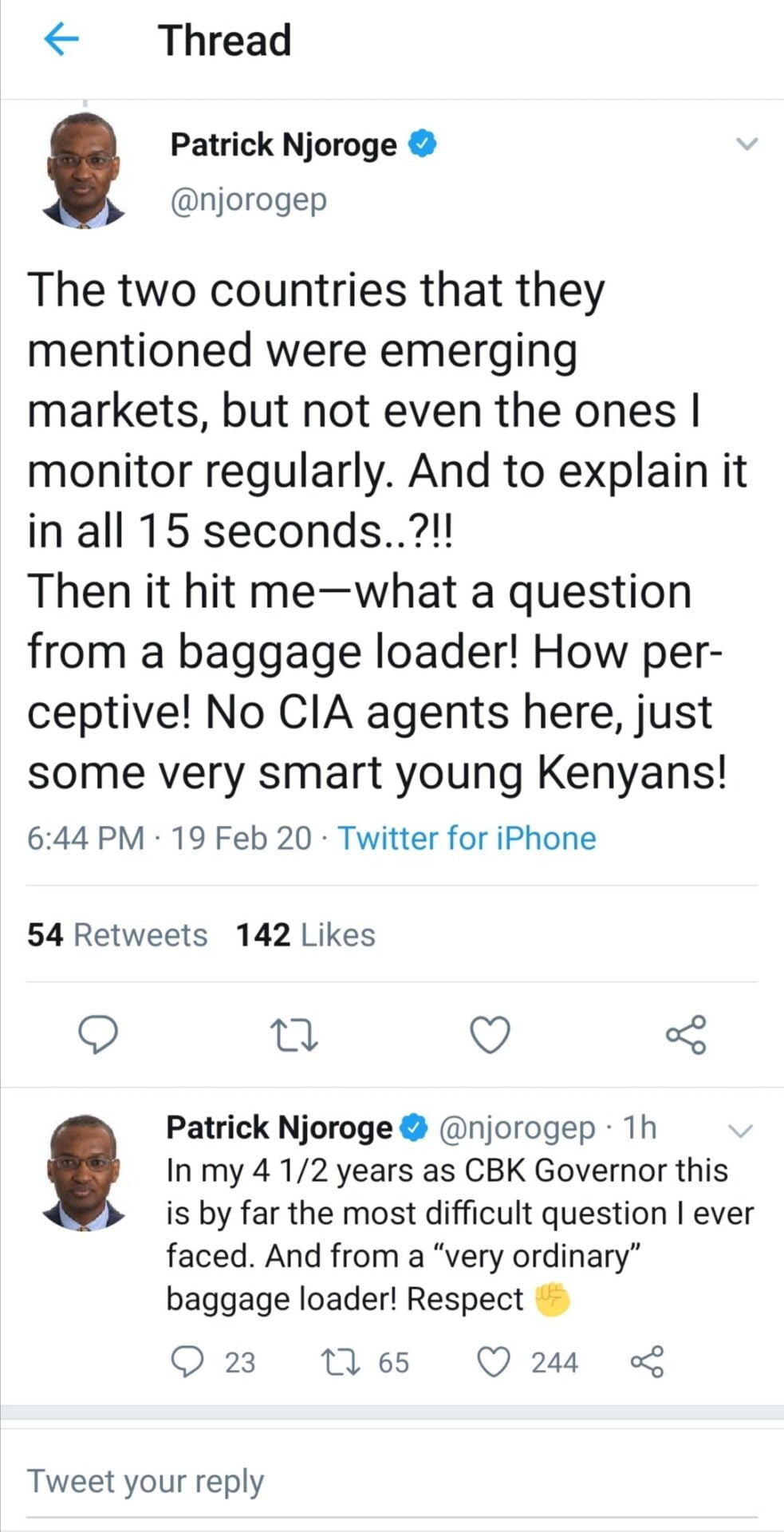 Luckily, some people saw through this condescending nature. Former ODM Deputy Director of Communications, Seth Odongo aka Dikembe Disembe had this to say.

Did it also strike you how these ‘very smart Kenyans’ ended up as baggage loaders? No, because that’s why you were surprised. So listen bwana gavana, if today you advertised for your office cleaner/messenger, over 1000 graduates – some with economics background- will apply. https://t.co/hzsAymQoBY

In this article:CBK Governor, Patrick Njoroge