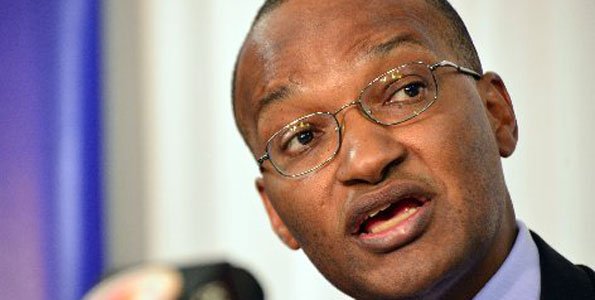 Caption: CBK Governor Patrick Njoroge who spends most of his time reciting Opus Dei Verses and applying makeup instead of fighting fraud in the banking industry.

Central Bank Of Kenya Governor is a man under siege as his favoritism toward Housing Finance’s Frank Ireri stands out like a sore thumb.

In the beginning of this year, the Governor had hinted at probing the collapsing group because of many scandals that have rocked it. The Sagas and grand heists are being propagated by none other than Frank Ireri who learned the art of corporate fraud from Equity Bank Chairman Peter Munga who also doubles up as Ireri’s Inlaw.

The Only reason Patrick Njoroge never probed the housing Finance Saga is because the wider Kikuyu establishment who control much of the bank’s sector under contention, prevailed upon him, to juggle the position and not compromise the financial interests of many of these financial outfits.

The sacking of Isika had opened the Pandora’s Box of many scandals that include cooking of the lender’s books and insider trading by CEO Frank Ireri to friends and relatives contrary to Central Bank Of Kenya (CBK) Regulations. 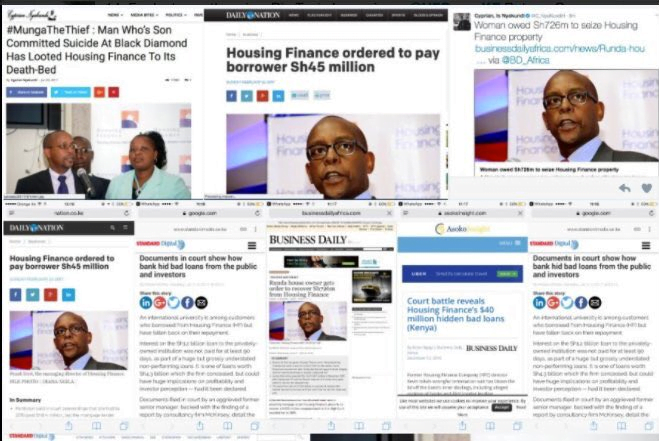 The case generated a lot of attention and the Central Bank Of Kenya under the orders from CBK’s Opus Dei Patrick Njoroge to St Mary’s school of corruption’s Frank Ireri and Wanker Sam Mwai, who had engineered Isika’s sacking to sort the matter out of court.

Negotiations followed up and Kevin Isika’s Silence was bought at 73 Million, Money the Housing Finance shareholders had to lose to stop an emerging saga.

A Few Weeks ago, Central Bank of Kenya officials stormed Housing Finance and ordered them to do something about the negative publicity the regulator was getting from the public due to the many scandals that were exposing the Governor as incapable of stopping the Rot in the banking industry.

A case in point is the Core Banking 2 Billion Procurement Saga masterminded by Frank Ireri, Sam Mwai, James Karanja, Caroline Armstrong-Ogwapit and many others with an IT Company called Intrasoft International. 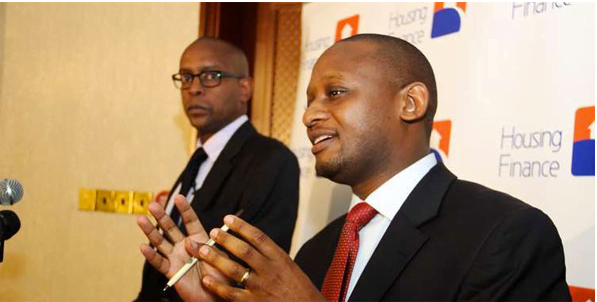 Despite the tough-talk and initial speed at which he sought to crack down on errant banks, CBK Governor Patrick Njoroge has been exposed as a crook after his silly attempts to cover up for CBK Officials that masterminded the NYS Saga. Njoroge, who has also been mentioned in the Imperial Bank Saga Coverup has damaged the Regulators moral authority to deal with rogue bankers like Frank Ireri.

Njoroge, In his infinite wisdom, believes Gag orders will help him cover up for his friend Frank Ireri but this won’t work. We now urge the Governor to stop this bullshit and petty theatrics, reduce the time he spends in the mirror applying make-up and concentrate on fighting fraud all over the Kenyan banking industry.

Instead of spending his energies asking Frank Ireri and other housing Finance Frauds to step aside for a probe and serious forensic audit on Housing Finance, Njoroge is busy directing the same frauds to sue those asking questions that are all over.