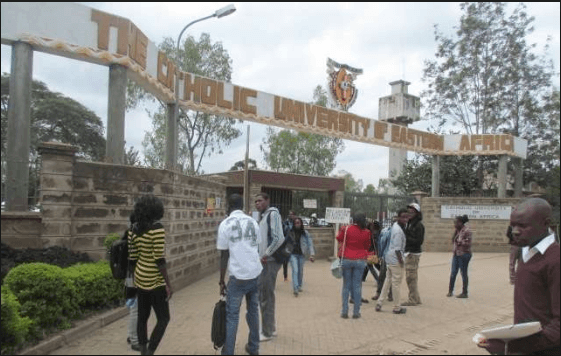 It was one of the best private universities second only to Strathmore. The mess that has engulfed it, however, is wanting however with lecturers not being paid for almost seven months, graduation ceremony being reduced to one in order to cut on spending thus affecting students.

It is Clear the big loot that happened Last year is to blame (600m) according to various reports.

Sources believe that this might have escalated to 1 bn but it being the Catholic church and having ties with the executive who hold events at the venue, such influence tend to mask the real rot.

Personally, I should be graduating this October but together with other law final year students, we are being frustrated due to issues concerning missing marks.

This is owed to the drastic cut of staff and also the non-reimbursement of lecturers who hold the results for as long as leverage to get their salaries.