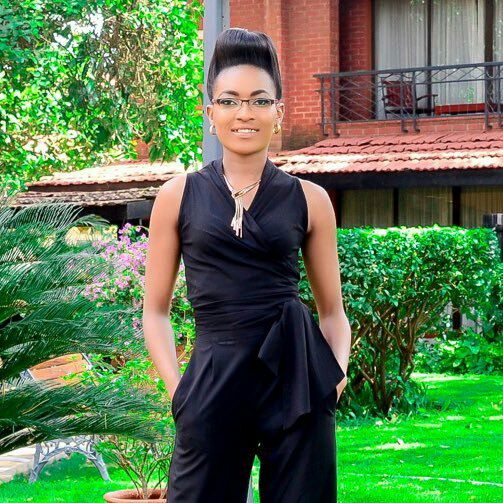 CAPTION: Olive Gachara. She owes money to models and photographers despite claiming to empower women.

One myth that has been debunked by the #PayModelsKE is that women stand for each other. Far from it. Women exhibit more cannibalistic and narcissistic tendencies when going about their business.

As we have said severally, Nairobi is all about cartels. Merit is not a consideration. You’re either parting with cash or your legs for career-progression.

Scan-Group is one of the companies which has entrenched this vice. From employment, to service providers, to influencers, to activations, it is all about “who knows who”. That’s why Scan-Group staff spend their days talking shit about Nyakundi because I ain’t got time to listen to their nonsense, laughing at their stale Twitter jokes or retweeting their crap online. That’s how to be accepted in Nairobi.

On behalf of bloggers, I took a stand against Scan-Group and other mainstream media operatives. With the God-given influence and numbers I have, I consciously made a decision not to be an extension of status-quo narratives, where I just regurgitate their BS.

I’m happy to see young ladies taking the bold step to depart from their elders and seek a better future, not just for them but others who will come after them.

The Boy-Child Movement will always stand firm in solidarity with positive femininity. Where women are fighting to be better than the crap we’ve been treated to over the last decade.

I mobilised my members to push the hashtag #PayModelsKE because we want women to be financially stable. We thus cannot defend men who turn our women into whore just because they think they own their lives, careers and futures.

I want those models and creatives, especially the women, to see how silent their older peers are. And they have been silent for long. We see them on campaigns against FGM. We see women like Ciru Muriuki pushing the #MeToo hashtag. Never have we seen them talk about this exploitation, despite it being a very open secret.

Yesterday, it was extremely unfortunate that instead of inviting the initiator of the debate Sheila Kanini, Capital FM’s Hits Not Homework crew led by commercial rape-victim Anita Nderu, consciously chose to feature some blonde dude, who wasn’t even part of the conversation.

It’s one toxic ecosystem this Nairobi. Spreading legs has been the only means of progression, even for the current media luminaries.

We are encouraged by the women who have taken a stand. Those who have departed from the ways of their elders, and called out the nonsense propagated by modelling agencies.

You are half-way there my friends. Don’t stop. Shift gears and switch lanes by revealing the personalities like the men who demand sex or the women who exploit talent like Carol Mandi. My Boy-Child army will do the rest.

Because it’s sickening to hear that a WOMAN judge of the Lion’s Den Olive Gachara, who has an attitude like from here to Timbuktu, owns a ‘high society’ magazine talks big about promoting women and the arts and still won’t pay either the models nor the photographers.

Young ladies, when you see me labelling feminists or women like Kui Kamau, Caroline Mutoko, Sheila Mwanyigha, Betty Kyallo, Lillian Muli, Debra Sanaipei, etc as $$$$$, is because that’s what they really are. They say one thing and do the exact opposite. They spoil your heads with displays of “standards” and opulence on their social-media, making you ladies aspire, without even weighing in when you have a problem.

You can’t trust these old camels to push your agenda. You should also resist being dragged into cartels like PRISK and the likes. With Twitter and your WhatsApp groups, you can mobilise to expose the rot in your respective industry.

The Boy-Child supports the #PayModelsKE movement. We don’t want a society which is wired to create prostitutes who are conditioned to believe that sex with old men is the only mode of career progression.

Let’s call it an end of an era!