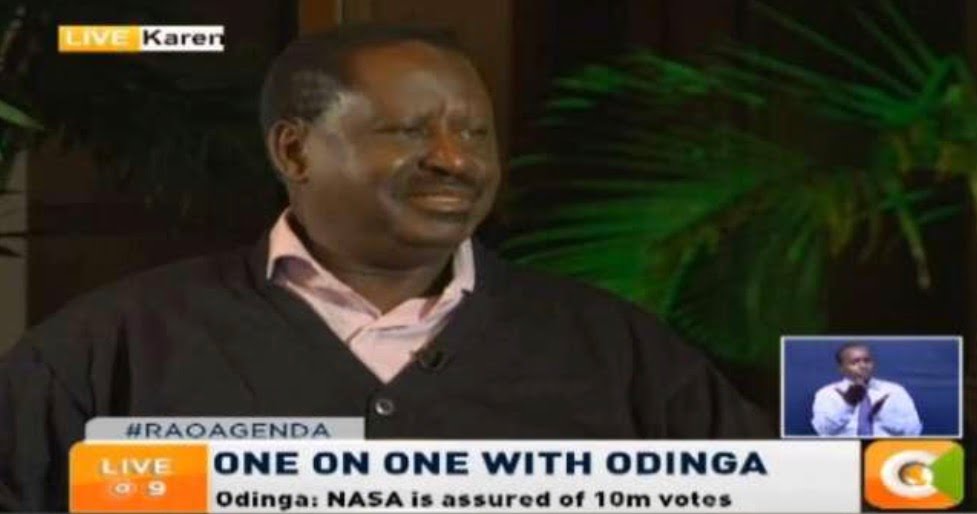 There are more tenants than landlords. Obviously when Raila addresses tenants, he’s talking directly to voters.

Prices of rent and real-estate in Nairobi are ridiculous, compared to economies like South Africa, which has better roads and social amenities, and yet property and rents are a fifth of what Kenyans pay, in a country with dilapidated roads, insecurity and no playgrounds.

Only a few companies in Kenya manipulate the rents. The key companies are Hass Consult, Knight Frank, Cytonn Investments and the likes. They release fictitious reports citing trumped-up statistics claiming of a “boom” in the real-estate and construction industry.

These companies are conduits for laundering money embezzled by cabinet secretaries and Governors, who are currently the people diverting resources meant to build our social amenities, to real-estate.

Through these quarterly “reports” fed to the media as unvarnished truth, hype was generated on false statistics of an emerging housing boom.

Fact: The CEO of ACTIS recently claimed that they conducted their feasibility studies by flying over residential areas and counting the number of Satellite dishes. Koome Gikunda, a director of Actis, the private-equity firm that built Garden City, shared with the Economist of a unique way they determined that their catchment area was populated with “a middle class affluent enough to shop at the mall.” “We hired a firm who flew over the area in a plane and literally counted TV satellite dishes,” he explained.

Surely, is that a logical of conducting a feasibility study and revealing findings in a report which is then treated as Gospel by mainstream media, which in-turn manipulates the prices of land, real-estate and rent?

Raila Odinga NASA flag-bearer pledged to bring down the cost of rent within 100 days of assuming office yesterday during a TV interview on Citizen. All presidents are judged by performances of their first 100 days, so while for him it may be a mere political statement, the fact is that Kenyans took note of it.

Indeed, the quickest way to crackdown of runaway and fictitious rent prices in Nairobi, is just to immediately call for an international audit on Hass Consult, Knight Frank, Cytonn Investments, ACTIS, on the source of their money. They use proceeds of crime to launder money through Real-estate.

Failure to achieve this particular objective of reducing rents within the timeframe he pledged, will only make the public more restless from the pile-up of historical injustices, leading to the widely estimated street-revolution in 2021. Because young Kenyans have continued to be marginalised from nation building due to lack of opportunities, despite their education.

We are just preparing him to avoid sideshows upon assuming office like these arsewipes Uhuru and Ruto, who spent the better part of their tenure doing nothing apart from insulting Raila, as if that was bringing food to the table. Kenyans are done with such boring politics. We will pack your meetings, cheer your bullshit, but on voting day, us young Kenyans will consciously depart from the ways of our Elders who were held back by stone-age reasoning of tribalism and stupidity.

Ask Kabogo. He publicly claimed that he will circumcise Raila Odinga. The crowd’s cheered, and then went home to no electricity, water and food. Then suddenly it hit them, that Raila is not the one who was embezzling their money; it was Uhuru and his proxy Kabogo. And from then on, it became clear that politics of sideshows and insults has no place in the future of Kenya.

Where is Kabogo now? Did his sensational claim to circumcise Raila save him from electoral-defeat?

Young Kenyans are extremely woke. They are not like the idiots over 40 years old, who got carried away by silly politics of tribe. They successfully staged one of the biggest strikes in Kenyan history; the recent Doctor’s strike. The idiots over 40 before them could only run to countries like Botswana to seek refuge and asylum when Moi ruined the country.

Raila is the next President of the Republic of Kenya. Take that to the bank. What he does within his first 100-days, will determine if his tenure will come to a logical conclusion without a street-revolution.