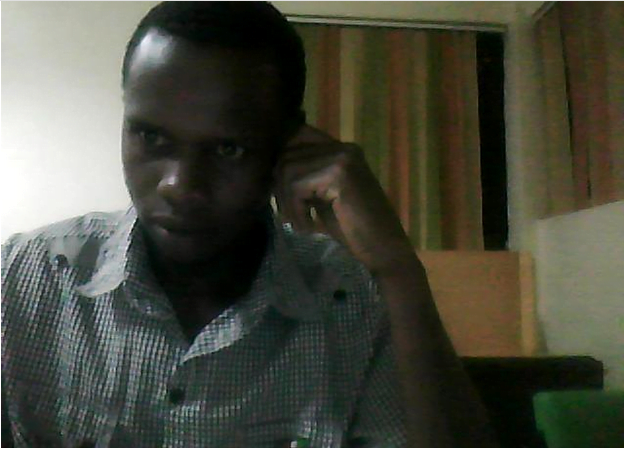 Campus life is the story to be remembered for the better part of life by many, to be specific by those who got a chance to go through campus, “Tambo”, not his real name was admitted to a university Nairobi in the year 2011 and he could not wait joining coz he had imagined how his older friends in the village had to him about the small “heaven”.

The first day was like hell to him, when he was admitted he was taken to the hostel of four, everybody in that cube was strange and didn’t even knew how to go about starting a conversation with them, to him they looked somehow unfriendly, time went by and it was now time for supper, “Tambo” took a plate and a spoon he had brought from home as his admission letter had indicated that all students were supposed to eat from the cafeteria coz cooking was not allowed in the hostel, went straight to the “mess”(cafeteria), he was now on the queue and wondered why almost all people kept on looking at him, at first he hadn’t  noticed that he was the student on the queue  carrying   Ghosh! Almost fell down. He  also realized that the payment was also done for the services at the ‘mess’ he hadn’t carry any money with him a boy who was standing beside him noticed and promised to buy for him so he refund later.

Time moved on and there were a lot of’ bashes’ (functions) happening at the campus almost every weekends name them, worship and fellowship, modeling clubs, birthday bashes, creative clubs et al and he was getting used to them, he even got a chance to talk to one or two of the girls and within no time he was ‘conquering’ almost 6 ‘freshas(new students at the university)’, He could take them to the town buy them drinks and ‘chipo’(chips) and days moved on,  ladies love him coz he was the youngest boy in that class and seemed to have a lot of money, that  he bought them anything they would wish to have, and owning a laptop especially for those ‘Chile’ (ladies) who come from ‘ocha’(upcountry ) would easily fall for such’ fellas’(fellows) who got opportunity to have them.

He then realized that in campus there is freedom that he couldn’t even imagine, he would find himself in the morning in the ladies hostel coz according to the institutions rules and regulation past  10:00 pm male students were not allowed to go to ladies hostels and vice versa, he would at times find himself past 10:00 pm and would prefer spending his night there.

For most students the worst part of the semester was during the examination period, for those who seemed ‘lazy’ and didn’t like spending even a bit of their time in the library studying at all , updating their notes and looking for ‘hand- outs’ for the lectures they had skipped was the toughest tasks they could find themselves doing with no other option but to abide . The funny part of it is that some students who were perceived by their colleagues as lazy could perform even more better if not like their fellow counterparts who spend almost all their days during the semester in library, for ‘Tambo’ he only went their two weeks to the exam or when he wanted free wifi internet

For Tambo he realized that in campus there were different types of people in the campus, some were ‘book wormers’, those who read a lot, some love women and u could find them with a new catch every semester the new students get admitted, there was something called ‘gold’ rush whereby the freshas were’ hunted’ when they joined the campus by the senior male students, those who smoke and indulge in alcohol, some chewed Miraa  and seemed not to be interested with women, not forgetting those who were staunch believers and u couldn’t miss to find the walking around the campus preaching to people and even from hostels to hostels and kind of inviting them to join the in fellowships at the weekends. Tambo would at once try to escape meeting them.

Within no time he was completing his studies and he felt like he didn’t spend all the four years he was supposed, he had enjoyed time there, anyway guys you got to spend your time very well in campus, now your reason of your being there and choose your friends wisely, campus is place to socialize and make new friends but don’t ever forget studies.

Guys take my advice for free u got to watch out and live to your heart, and remember education is the key.