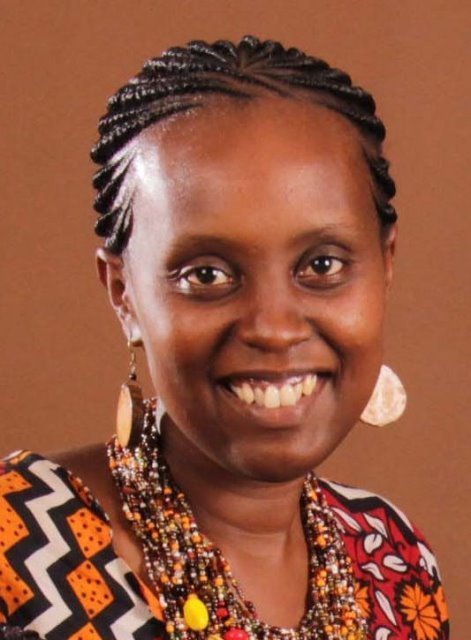 The Competency-Based Curriculum (CBC) is an expensive colonial construct meant to educate Kenyans on how to be slaves.

“wake up my people”.

Below write-up in italics are written by a lecturer, a Dr Wandia Njoya and i share for you to be informed:

When it comes to education, I’m a battered spouse. I keep explaining in the hope that Kenyans will one day care. So here goes. I recently looked at an international curriculum and this is my assessment.

Let me start with an illustration. This is how our #ToxicKenya makes us behave: if we see someone dressed in kitenge and looking fabulous, we don’t say “you look nice.” We say “Wearing kitenge always makes people look nice.” What is happening here?

The education system makes us negate relationships, deny specific people, place and time, and assert power of some “objective” force which we often don’t know. That’s international curriculum. To appeal to more people, it has to be so broad, impersonal and decontextualized.

The Burden Of Competency Based Curriculum (CBC) – Part 1

The goal of international curriculum is to train a bureaucrat who will work anywhere in the interests of capital. So when Ngina lectured us about unemployment, with no clue about the Kenyan context, she was brilliant at what she’s trained to do. Ignore context and assert power.

And the education system fights very VERY hard against people learning to connect abstract principles to specific contexts. Even colonial administrators were trained this way. They were taught not to see African people. They were given only the principle.

The principles taught to administrators were simply the sun never setting in the British Empire and God saving the queen. No explanation of the terrain or languages or cultures that the administrators would find here. The British establishment said that that is too much “theory.”

Basically, what happens is that power operates by suppressing contextual specifics. It teaches us that principles apply unanimously no matter where one is. That is what international curriculum teaches. And it sounds good for a parent if you care only for kids getting jobs.

But remember what I said about the kitenge “compliment.” The cost of that curriculum is your child disconnecting from people, place and time. And the damage will become evident when your child is a young adult.

At that time, you will be saying: “now you’re an adult, reconnect to your humanity. Decide on a career. Marry, get kids and provide food and shelter,” aka “rudi kwa ground, connect to people, place and time.” However, you didn’t prepare them to live in the real world.

This is not to say that the Kenyan system is better. Our system is also designed to train bureaucrats who are disconnected from people and real life. The reason why KICD hated my guts from 2017-2018 was because I was insisting that they commit and connect #CBC to real life.

Kenya Institute of Curriculum Development – KICD would not respond to the issues I raised because I was demanding specifics: Who wrote this thing? Based on what theory? How come educators in the US and UK have criticized CBC and you are saying it will work here? Refer me to the study you used, etc.

And remember what they said? They said I was personally attacking the staff or dismissing their work. Because power doesn’t like specifics. It likes generalities because then it has legroom to maneuver. Power operates by not being seen.

The Burden of Competency Based Curriculum (CBC) – Part 2

It needs you to think that things it does are natural, “objective,” if not ordained by God. That’s why the education system is so antisocial. And that is not theory, as you are often cheated. The less specifics you know, the better for power.

The “solution” is very simple. It’s arts in the curriculum. Not the #CBC “talent.” “Talent” is limited to performance that can earn money. Arts is broader than talent. Arts is the space where people learn to deal with specifics, to see people and to locate in time and space.

But like I’ve said for years now, GoK has fought against arts education since Lord Delamere wrote his white paper. There are few arts programs to train teachers to teach the arts.

Commission for University Education is shutting down the arts in higher learning by demanding “market-oriented” programs.

But for us to get a coherent, human education system, Kenyans have to agree to abandon the #somenivijana goal of education. That requires a shift in many things, including our view of the economy and of employment and the public good.

Until then, you’ll have to torture your kids with a choice between a rock and a hard place. Whether you do CBC or international curriculum, the result is the same. The difference is how much pain your child will suffer getting that result.

The difference is that you can politically demand change to the Kenyan system. You can’t make the same demands of international curriculum. But hey, you’d rather follow the Danish brewer and the hustler in their stupidity, or bridges to nowhere. Your kids don’t matter. END