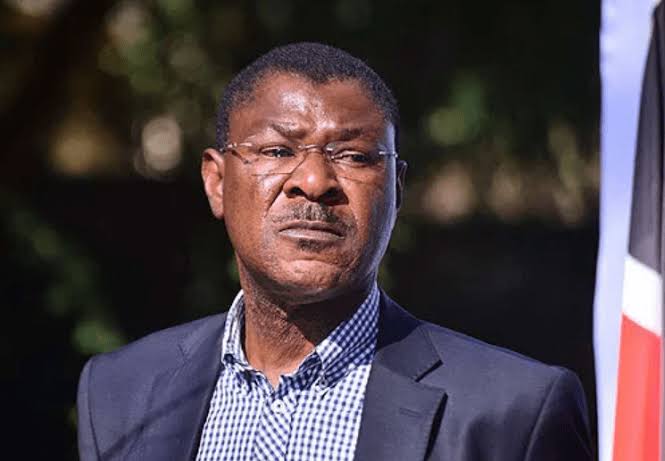 The investigations launched by the Bungoma South DCIO Elijah Macharia is seeking to establish the genesis of a five-acre piece of land located in Walala village, Musikoma Location in Kanduyi Constituency where two parties are claiming ownership of the property.

According to sources privy to the development, Senator Wetang’ula is said to have swapped land with a one Mr. Titus Abidha Gondi, a clergy. The clergy is said to have forfeited his piece of land in Luucho to the Senator after Wetangula offered him his Welala land in a swap deal. 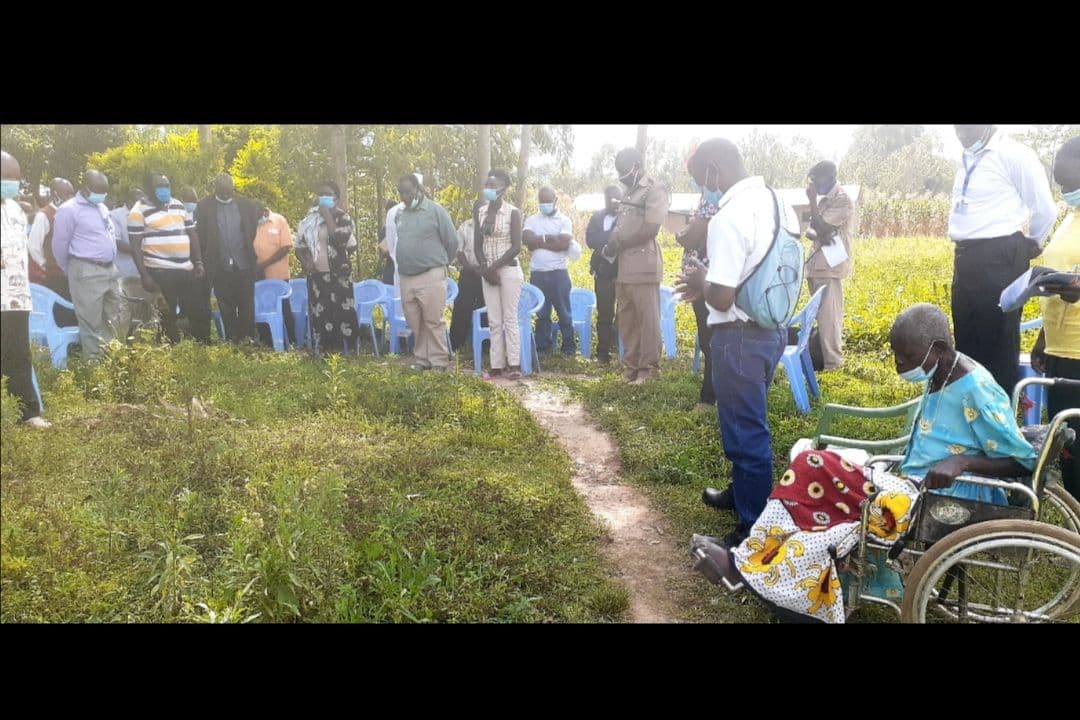 The land registration number that Wetangula gave Mr. Gondi is E. Bukusu/South Bukusu Kanduyi/3766 which Mr. Gondi and Wetang’ula have not been able to produce the legal documents to the authorities by the time of going to press.

However, according to documents presented by Mrs Nasipwondi, the widow owns the same piece of land but under registration No. E. Bukusu/South Bukusu Kanduyi/23038 and not the 3766 that Wetang’ula claims.

The tussle, which has taken three months now, has seen the widow seek the assistance of the DCIO to investigate the fraud.

“All we want is justice. There’s no way the same piece of land which is our clan land can be allocated two registration numbers when I am the rightful owner,” said Mrs Nasipwondi through her grandson Moses Nyukuri.

On November 11, 2020, the DCIO wrote to the Bungoma County Surveyor seeking to establish the correct locations of the said pieces of land to aid with the investigations.

“This office is investigating a case of fraud involving the pieces of land namely 3766 and 23038 of E. Bukusu/S.Kanduyi,” read the letter as seen by this publication.

“Kindly assist us in establishing the actual size, the physical location position of the two plots. Inform us the date to visit the said plots.”

Musikoma Location Chief Charles Wesamba who also acknowledged the existence of the said property in his territory, on Friday led the survey exercise carried out by the officers from the County lands office together with Assistant County Commissioner in charge of Kanduyi Mr. Dickens Mawere.

“This is to confirm that that the above named piece of land parcel hails from my area of jurisdiction Walala village… and that it has a boundary dispute which requires your intervention. Kindly accord the bearer with the necessary assistance,” read the letter to the lands surveyor from the Chief.

But while dismissing the claims, Mr. Gondi claimed true ownership of the said land in a letter addressed to the same lands office.

“I am a registered owner of the land Reg. No. E. Bukusu/South Bukusu Kanduyi/3766 registration done in 1987 in the name of Moses Masika Wetang’ula. I took possession in 2013 completing the process in 2019.

There is a lady Tina Nasipwondi Romano with the assistance of land broker SILAS JUMA are purporting to that, part or whole of my land belongs to Tina Nasipwondi, now parcel No. East Bukus/S. Kanduyi/23038.

The reason of my letter is that the Duo of Tina Nasipwondi,  Moses Nyukuri and the land broker (grand son to Tina) have severally attempted to fence part of my parcel.

This is after Tina and the Duo helped sell all her share of the land from late husband.

In case trio comes to you for any land transaction on the above parcel number, please put on hold until the issue is resolved,” wrote Lay Canon Titus Abidha Gondi, on behalf of Moses Masika Wetangula ID NO. 0119040.”

Focus is now on the County Land’s Surveyor Mr. Mathiew Nandi who is expected to file a report of his finding to the DCIO for further investigations.

In this article:Land, landgrab, Moses Wetangula