The most incompetent Governor in Kenya and drug-linked advisor to President Uhuru Kenyatta William Kabogo has been caught flat-footed by the wave of excitement and thrills after Kenya Rugby Team won the Singapore Sevens Tournament. He congratulated Kenya7s for winning the WorldCup, yet the Rugby WorldCup was held last year.

Another useless senator Boni Khalwale also confused Kenya’s Singapore win to a WorldCup victory. Clearly our so-called “leaders” are clueless about youth matters, and that is why sports remains to be an afterthought. A revolution of the mind is first needed, so that some of these nonsensical characters can stop insulting our intelligence. 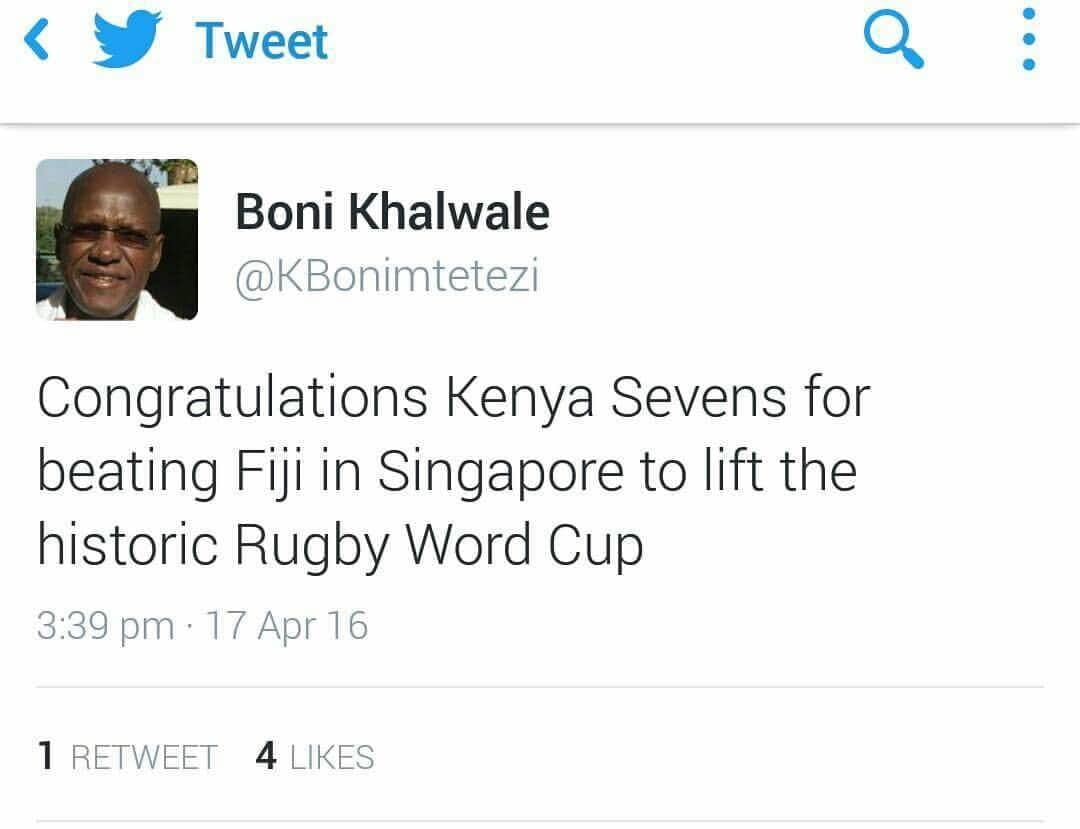 With prominent Kenyans suddenly showing interest in sports, yet many of them are behind the grabbing of playgrounds that would nurture even bigger talent, Rugby is now hot commodity, coming after Harambee Starlets qualification for the Women’s Africa Cup of Nations.

The fact that FKF President Nick Mwendwa was attempting to take credit for the Harambee Starlets win, is the very reason why we cannot trust Kamba’s to run Kenya because Mwendwa’s contradictions have exposed his community of not being people who stick to their word or promises.

Kenya Rugby doesn’t need the congratulations from Brand Kenya Board that’s now embarking on an expensive tender process, instead of using their atrocious budgets to fund teams in Rugby, Football, Athletics who give Kenya better mileage than the generic marketing campaigns conjured by intellectual lightweights like Nana Gecaga who together with former tourism CS Phyllis Kandie, oversaw the death of tourism.

Kenya Rugby definitely doesn’t need the congratulations of Jubilee bimbo Najib Balala who imagines that skydiving from a plane, or attending a tourism gala, will bring tourists back to Kenya. These mediocre characters have been stalwarts in the growth of sports in Kenya.