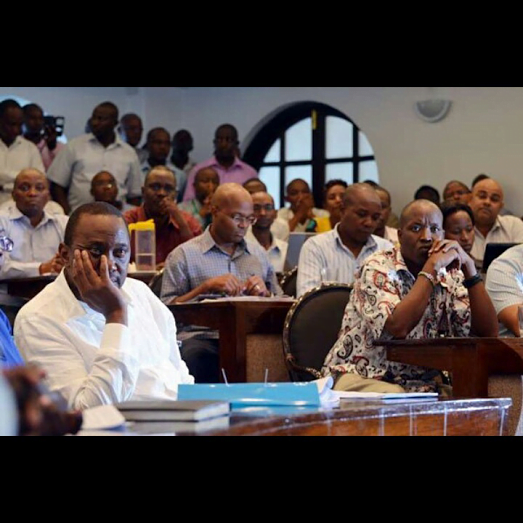 A director of the recently-closed Buffet Park Restaurant in Hurlingham has disclosed that President Uhuru Kenyatta is squarely to blame for the establishment’s recent closure. 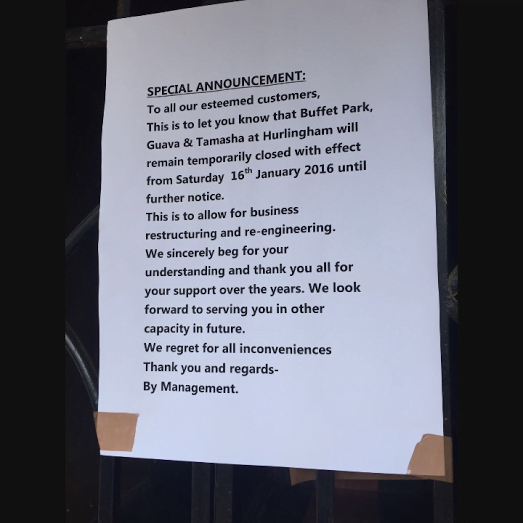 A visibly angered director who sought anonymity said that upon his election, Uhuru embarked on reviving the dead Alcoblow legislation that even his predecessor President Kibaki had dismissed as unworkable.

“They mounted Alcoblow stops right outside our establishment, with journalists in tow, a move that spread fear and panic, drastically altering movement patterns of our clientele,” he continued.

The director further wondered why Uhuru would target Kikuyu-owned businesses, yet some meetings to mobilise funds for his election campaigns were held in Buffet Park.

“Sometimes you wonder how this person (Uhuru) reasons. How do you antagonise your voting bloc, people who wholeheartedly volunteered and willingly contributed for your campaigns?”

Negative sentiment against Alcoblow has been on the increase, with Kenyans saying that these are merely extortion road-blocks which have not done much to reduce accidents. Further, road-related deaths are largely caused by PSV’s which largely operate with impunity and under the protection of the corrupt NTSA boss Lee Kinyanjui.

“Let Uhuru continue frustrating Kikuyu investors and we will see where that leads him,” the director added.

It is widely rumoured that police were intentionally directed in the Hurlingham area to “kill” Buffet Park/Tamasha, so as to promote the business of newly-opened Kiiza Lounge, owned by a Nigerian with links to Statehouse.

Lately, the President has been engaged in suspect deals with Nigerians, after the high-profile visit of Nigeria’s President Muhammed Buhari to the Kenyatta family-owned Brookside Dairy complex in Ruiru.