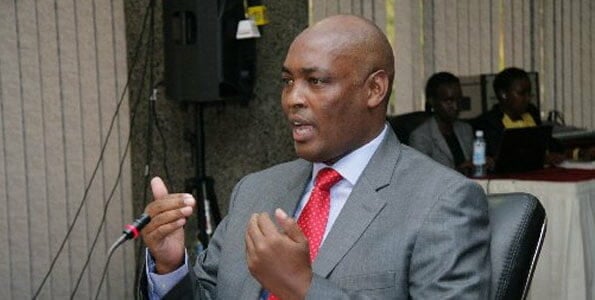 The conduct of Director of Criminal Investigations, Ndegwa Muhoro, and the now controversial investigations into ownership of the multi-billion Tatu City project will be independently probed.

Director of Public Prosecutions, Keriako Tobiko, wants a multi-agency team to review two files forwarded to him by DCI after investigations into allegations of fraudulent transfer of shares and change of directorship of Purple Saturn Properties, the firm at the centre of Tatu City’s ownership legal battles.

Tobiko also wants the team – which brings together the Presidency, ODPP, the police, Kenya Revenue Authority (KRA), National Intelligence Service (NIS), the Financial Reporting Center and Assets Recovery Agency – to look into circumstances surrounding the matter including personal allegations of impropriety against Muhoro.

Submission of two files with different findings on the same subject has raised questions about the investigations with lawyer Ahmednasir Abdullahi sensationally claiming that Muhoro had been compromised to implicate his clients.

In a letter to Ethics and Anti-Corruption Commission (EACC) secretary Halakhe Waqo, Tobiko says that the issues raised on integrity of the investigations and the person and conduct of DCI are grave.

“In the two files, the DCI makes diametrically conflicting, opposed and irreconcilable findings and recommendations,” said Tobiko in the letter dated Tuesday and copied to all members of the team.

In his letter, Abdullahi asked the DPP to direct the Inspector General of Police Joseph. Boinet to undertake fresh investigations into the Tatu City saga and also against Muhoro. DCI has since denied allegations contained in Abdullahi letter.

Additionally, It is also alleged that Muhoro has been threatening and intimidating of the principal investigating officer who recommended the charging of Nyaga . The officer says that some people have been taking photographs of his Kitengela and his rural home in Teso . ” The intimidation has been going on for  days” Says the disturbed officer .  The officer  also claims that ” His calls are being tapped ” and now fears for his life and that of his family. We urge that enough security is provided to him till all fraudsters and lords of impunity are brought to book.

Cases of land fraud and collusion between powerful individuals, the DCI and unscrupulous officials at the Ministry of Lands have been on the rise, with brokers moonlighting at offices and obituary pages, seeking where to pounce and steal land from. Widows and orphans have been victims of this toxic cartel, an Ndegwa Muhoro’s officers implicate severally.

We welcome any individual that has an on-going land case, whereby DCI officers have been sent to “arrest” and intimidate you by shadowy land-buying companies to contact us, and we will post the same on this platform.

We will soon launch a hashtag calling for the suspension and jailing of DCI Director Ndegwa Muhoro. We also ask all the National Intelligence Service (NIS) officers assigned to monitor this website, to make this land matter a priority in their reporting.