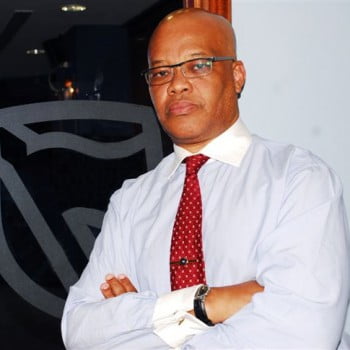 Is his time up? Is the Government fed up with this man after he hired a chopper wasting taxpayers money? Is he tarnishing the already soiled name of Kenya Pipeline Company? Perhaps it’s time for John Ngumi to pack and leave. 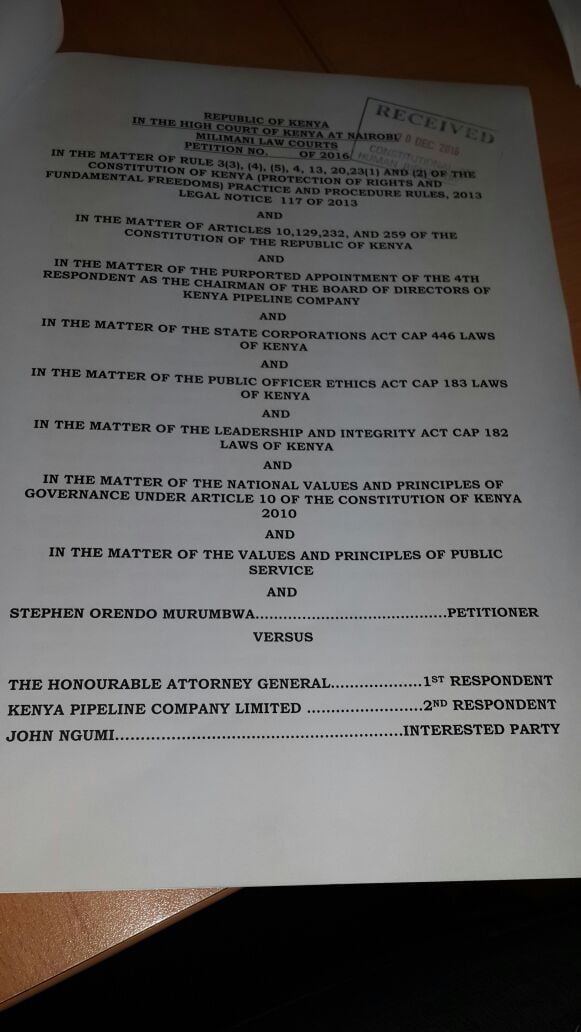 It is the first time the President is being directly confronted over his unilateral appointment of Mr. Ngumi as Chairman, as for the longest, Deputy President William Ruto through Energy Cabinet Secretary Charles Keter has always been linked.

The President has of late been disgusting Kenyans with his unending lies, telling of fictional economic growth, delusional job creation and fake opinion polls.

Petitioner uses Gazette Notice 2851 as his evidence of the illegality perpetuated by Uhuru when appointing John Ngumi on 27th April 2015. The present constitutional and legal framework requires Uhuru to publicly announce the vacancy, calling for qualified Kenyans to apply, a move that the President obviously defied due to his impuneous modus-operandi.

The petition filed under “Certificate of Urgency” prays that the Court immediately quashes Gazette Notice 2851, thereby immediately revoking the appointment of John Ngumi as Chairman of Kenya Pipeline Company.

The petitioner also requests for an order barring Kenya Pipeline Company from recognising or treating John Ngumi as Chairman, while asking the courts to compel the President to re-start a competitive recruitment process for the same position. 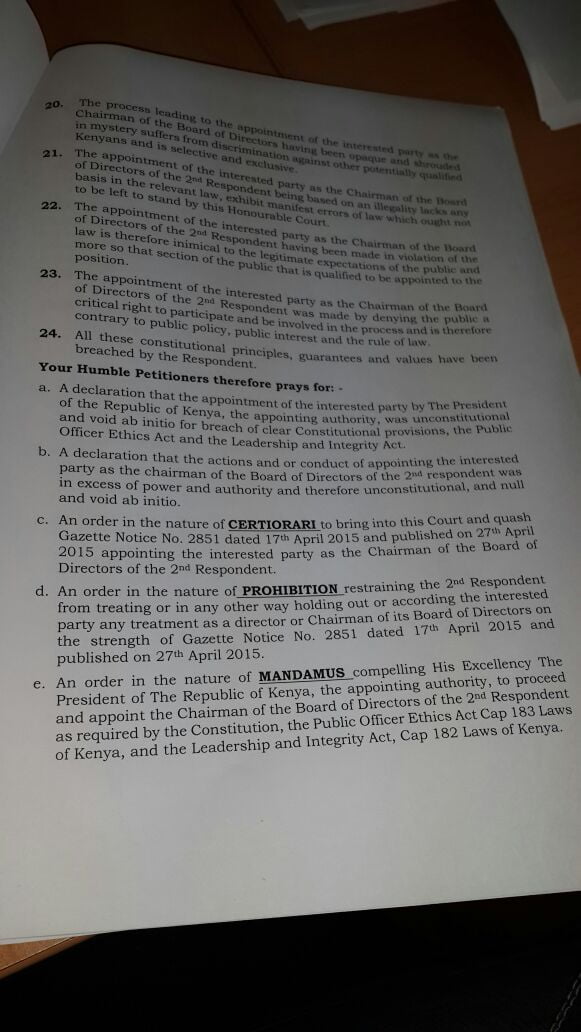