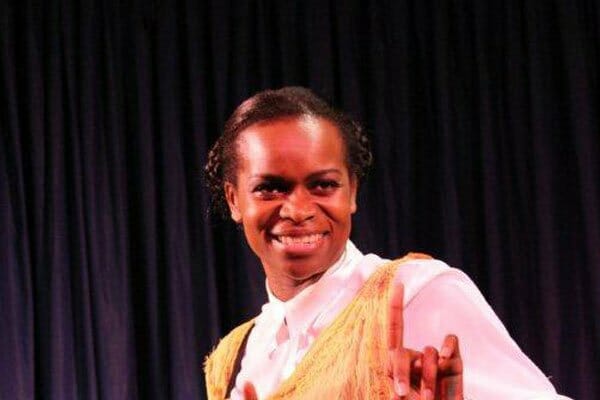 Caption: Millicent Ogutu who has replaced Tom Mshindi as Chairman of the Kenya Copyright Board, after President Kenyatta revoked his appointment.

Has Tom Mshindi become a liability to the Head of State, and perhaps shown too much comfort in the unfolding cosy relationship between Uhuru and Nation Media Group?

Some news that may seemingly be getting less coverage due to the obvious correlation to current happenings at the slowly degenerating Nation Media Group is that Tom Mshindi has been axed.

GAzEI-FII NOTICE No. 1724
THE STATE CORPORATIONS ACT
(Cap. 446)
THE COPYRIGHT ACT
(Cap. 130)
APPOINTMENT
IN EXERCISE of the powers conferred by Section 7(3) of the
State Corporations Act, I, Uhuru Kenyatta, President of the Republic
of Kenya and Commander-in-Chief of the Defence Forces, appoint-
MILLICENT OGUTU
to be a member and Chairperson of the Kenya Copyright Board, up to
2nd September, 2015, effective from the 18th March, 2016 and revoke
the appointment of Tom Mshindi as Chairperson*.
Dated the 17th March, 2016.
UHURU KENYATTA,
President.
*GN 7848/2015.

One does not need to be a neurosurgeon or a physicist to connect the dots between Tom Mshindi’s revoked appointment as Chairman of the Kenya Copyright Board and his incompetence as also highlighted on this platform whereby Royal Media Group headed by Wachira Waruru was accused by a young man of intellectual property-theft. The gentleman in question also said in his letter to this website that calls to the Kenya Copyright Board for action largely fell on deaf ears.

It seems that Tom Mshindi is not only the most mediocre Managing Editor Nation Media Group has ever had since its inception, but was a corrupt and incompetent Chairman of the Kenya Copyright Board.

Could it be that the sacking of senior editors and award-winning cartoonist Gado under the pretext of political-correctness is a mirage? Could it have been Tom Mshindi’s wish all along to eliminate “threats” in Nation Media Group for the short-sighted sake of job-security?

Because it doesn’t make sense why President Uhuru Kenyatta would revoke the appointment of Tom Mshindi, yet the NMG Managing Editor has been working at the behest of the Jubilee regime. Clearly means that Mshindi may be a loose cannon throwing around StateHouse’ name to meet his evil objectives.

Alternatively, the President may be making the intentional move to severe public ties or what we may call “public displays of affection” so as not to be linked with Mshindi officially and the woes facing Nation Media Group.

Whatever the case, today’s revocation of Tom Mshindi’s appointment as Chairman of the Kenya Copyright Board is very suspicious and we don’t trust both Uhuru’s and Tom’s intentions.

Keep it here for more developments on that story.

But that aside, Millicent Ogutu seems like a stark departure whereby Uhuru has made it his core-business to appoint the most incompetent of individuals to the most important positions. Ogutu is a lawyer who has been dealing with rights of content creators. She has presided over talks at PAWA 254 on focussing on arts and how to monetise talent. She also seems passionate about intellectual property-rights.

We ask her to make it her priority to reprimand Wachira Waruru and Farida Karoney of Royal Media Services for their continuing theft of ideas, and shameless presentation of the same as their own.