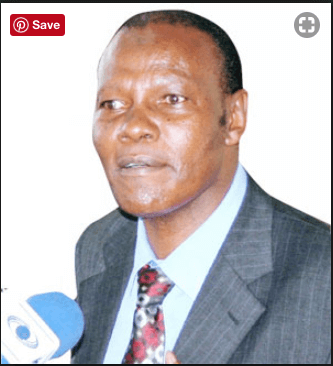 Reports reaching us have confirmed that the former Nairobi Town Clerk, John Gakuo has passed on.

Gakuo was pronounced dead at Mbagathi hospital when he was rushed there from Nairobi West  jail.

In May this year, the court jailed John Gakuo for three years after finding him guilty of abuse of office and breach of procurement laws.

In his judgment, Chief Magistrate Douglas Ogot directed Gakuo to pay an additional fine of Sh1 million for his dubious roles in the purchase of the rocky land in Mavoko, Machakos County.

John Gakuo had pleaded with the High Court to free him on bond, pending an appeal he had filed against a three-year sentence imposed on him.

Urging the court to consider his age and ill-health, Mr Gakuo pleaded to be freed on bond.

He said if freed, he will abide by all conditions of the court but the court declined.

Further, Mr Gakuo said he is not a flight risk and that his appeal is highly likely to succeed. He said he is above 60 years and suffers from several ailments.

Corruption has become a disease in this country and those that engage in the vice must know that their days are numbered.

This is despite the fact that ODPP has refused to act on the Ruaraka land saga or take to court the bankers that laundered the NYS saga after he was allegedly told to go slow.

We cannot have a system that jails others to die in Jail while the Ruaraka land cartels walk free, despite mountains of evidence…