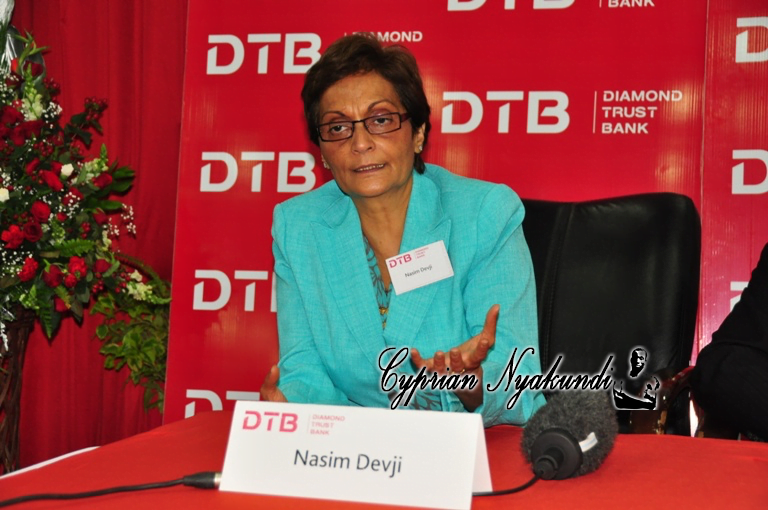 Diamond Trust Bank Group CEO Naseem Devji has been arrested over links to the terrorists who raided the 14 Riverside Complex 2 weeks ago.

The lady is said to have been in direct communication with the terrorists who held an account at DTB’s Eastleigh Branch.

One of the terrorists Hassan Nur made 13 withdrawals of KSh400,000 each within short intervals on January 4 2019, with an additional withdrawal of KSh100,000 the same day prior to the attack.

The Office of the DPP says it is preparing charges against the bank and its officials after it hushed up the hefty withdrawals and “ought to have alerted authorities when such withdrawals were made.”

Diamond Trust is owned by Aga Khan, who is known to be a close friend and “brother” to President Uhuru Kenyatta. Aga Khan also owns Githeri media house Nation Media Group, nearly all Forex Bureaus in Nairobi (operating under different names) plus the Aga Khan hospital.

Branch manager Sophia Mbogo has already been arrested and has been in custody.

Mbogo is being held alongside five other suspects including lawyer Abdinoor Ismael, journalist Ismael Ambitham of Horizon TV and the TV’s marketing manager Ali Khamis.

Others are businessman Faisal Mohamed, who runs a parcel business. He is believed to have been contracted to deliver parcels to DusitD2 hotel and office complex by lead attacker Ali Gichunge.

But following investigations, it has emerged that the CEO personally pressured Ms. Mbogo to authorize the suspicious transactions and was also in direct communication with the terrorists.

Aga Khan is the Spiritual Leader of the Ismaily Muslims and speculation is rife that his community must have developed some sympathy towards the terrorists and their cause.

Another suspect said to be under the close radar of the Director of Public Prosecutions is Francis Mejja, the head of NTSA. Other than using Alcoblow to extort motorists, he is said to have personally authorized the issuance of cloned vehicle number plates of the vehicle the terrorists used.

Francis Mejja strategically mounted Alcoblow checkpoints around the city to cosmetically kill the nightlife of CBD, so as to allow Somali restaurants take over the former bars and pubs. He was said to be on the payroll of Somali “businessmen” to execute the same.

NTSA staffers are some of the wealthiest, owning massive apartment blocks, heavy vehicles and prime land.

Naseem Devji further confirms our increasing view that corporate Kenya is riddled with criminals, who pay companies like GinaDin PR to clean up their image.

Immediately after the attack, the Secretary General of Red Cross Abbas Gullet was on TV pushing for a suspicious and speedy passing of the Disaster act, raising fears that he could have been part of the cartels who clandestinely funded the terrorists so as to push his agenda.

An architect named Eric Kigada was also tweeting support for implementation of the digital plates, indicating just how cartels wanted to cash-in on the Riverside Terror Attack. They are now suspected of being covert financiers.