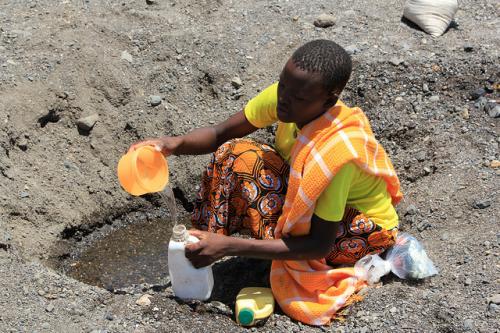 He said that the long-awaited rainy season that is now drawing close to an end will not happen and further asked citizens to brace themselves for scarcity of water resources for drinking, sanitation and industrial use as well as for power generation.

While blaming it on climate change, Mr. Chanzu added that there is no immediate rainfall in the horizon this week and that all the signs point to this state persisting to the end of the season.

“The bigger picture about prolonged dry spell which means a drought is foreseeable is growing increasingly clear,” he said on Tuesday, noting that their data shows that May would come and go without any rain.

The period has also persistently been plagued by high daytime and night-time temperatures of up to 41°C in some places.

Generally sunny and dry weather conditions have prevailed over most of the country during this season.

Some parts of central highlands in Kiambu, Meru and Nairobi also experienced some irregular rainfall.

“This is because of the persistent high pressures over the Arabian region and the tropical cyclones in the western Indian Ocean,” the meteorologist said.

The department also predicted the possibilities of more tropical convergences developing in the South-West Indian Ocean Basin that may delay further the onset over the eastern sector of the country.

“We’re experiencing a bad season. Historically, it is normal to experience variability of weather. Some years you get good weather, others you don’t. This is usually a possibility but the frequency with which these inconsistencies are happening is a hallmark of climate change. It is something that is happening throughout the world and which is associated with the global atmosphere where precipitation patterns are being moved in new directions by climatic changes,” he said.