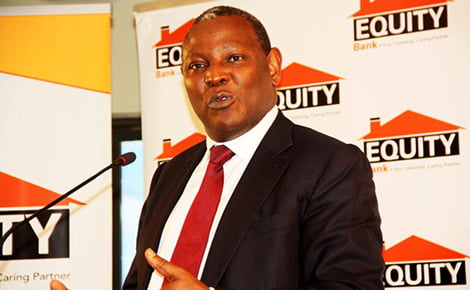 My name is Carol. I run a savings account with Equity Bank.

On November 29, last year, I found that Sh23,100 had disappeared from my account. I soon reported the case to Equity Bank, KNUT House branch, Nairobi, since to the best of my knowledge, I did not execute such a transaction.

The bank asked me to wait for seven days for a review of the CCTV footage in its possession.

On coming back a week later, the lender surprisingly told me that there was no CCTV footage because the system was faulty. But I was also informed that part of the money amounting to Sh18,000 was actually not withdrawn.

However, according to the bank statement in my possession, there were two withdrawals — one of Sh18,000 at Buru Buru and another of Sh5,100 at the lender’s Doonholm branch.

Hoping that the bank would take action, I checked my balance two days later but was surprised that there was no refund reflecting in my account. I hence decided to write to the customer care, Equity Bank head office on December 10, last year.

The institution later called me to it’s head office with a promise to sort out my problem once and for all.

But I was shocked when I was informed that I should forget about the refund at that moment as the lender was to start investigations afresh. I was also told that the company would need about seven days to give me a clear feedback.

I had no option but to write a statement just as it requested. Further, the bank officer took my ATM card, which I was told would assist in the investigations.

As I write to you, I do not know what happened to my money. I have not been able to view the said CCTV footage either.

I a frustrated customer and I do not know where else to go for help.