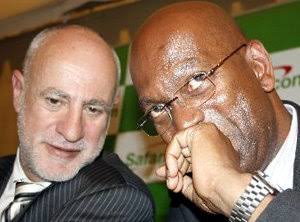 Former Safaricom CEO Michael Joseph who is currently the Chairman of the failing Kenya Airways, plus his successor Bob Collymore, are set to be cross-examined by Kenya’s top lawyer Apollo Mboya, on behalf of blogger Cyprian Nyakundi.

The lawyer joined Cyprian Nyakundi’s legal team this year, and has moved swiftly to file responses and counter the numerous law-suits and gag-orders filed against the Prolific blogger. 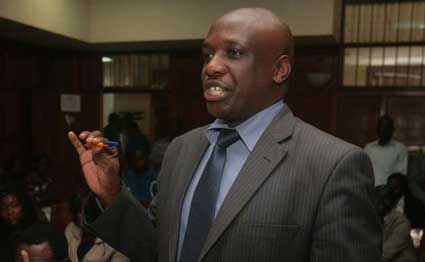 Apollo Mboya filed a notice to cross-examine the two notorious corporate heads at the Milimani Law Courts yesterday (6th November) in the afternoon. In the notice, Mr. Mboya has made specific reference to several cases raised by Nyakundi on his blog CNyakundi.com .

It will be remembered that Cyprian Nyakundi single-handedly managed to expose Safaricom’s Cheza Games scam, which guzzled subscribers airtime to the tune of billions of shillings. Because of the blogger, Safaricom refunded these monies to subscribers in the form of airtime.

Apollo Mboya has cited this incident as one of his cross-examining points, together with matters raised by the damning KPMG Audit Report, which was exclusively serialized by Cyprian Nyakundi.

Matters arising from this audit report include corruption in the awarding of tenders, where the names of senior officials of the firm feature prominently. Apollo has also sought to cross-examine the two white-collar thugs on the nature of the CCTV contract with the Government, where issues were raised over the cost and execution of the project.

The synergy between Kenya’s top blogger and one of Kenya’s most brilliant legal minds presents a fresh headache for Safaricom, who for long capitalized on manipulating other lawyers who have previously been assigned to the case.

Safaricom have been banking on backroom shenanigans and financial inducements to stall cases and evade accountability. The arrogance of Bob Collymore and his staffers showed that they had confidence as a result of gaming the system to their favor.

But faced with this new headache, the two officials will have to appear in court and be cross-examined, or risk arrest.

It would be poetic justice for blogger Cyprian Nyakundi, who has been jailed severally at the instigation of Safaricom, due to compromised legal-representation and corruption in the legal system.

It finally looks like the chickens have come home to roost and that Bob Collymore and Michael Joseph will finally get to respond to pertinent issues raised by Cyprian Nyakundi. Maybe they can all finally meet face-to-face.

Whatever the case, Bob Collymore and Michael Joseph are in uncharted territory and they have to toe the line or jump in a lake. 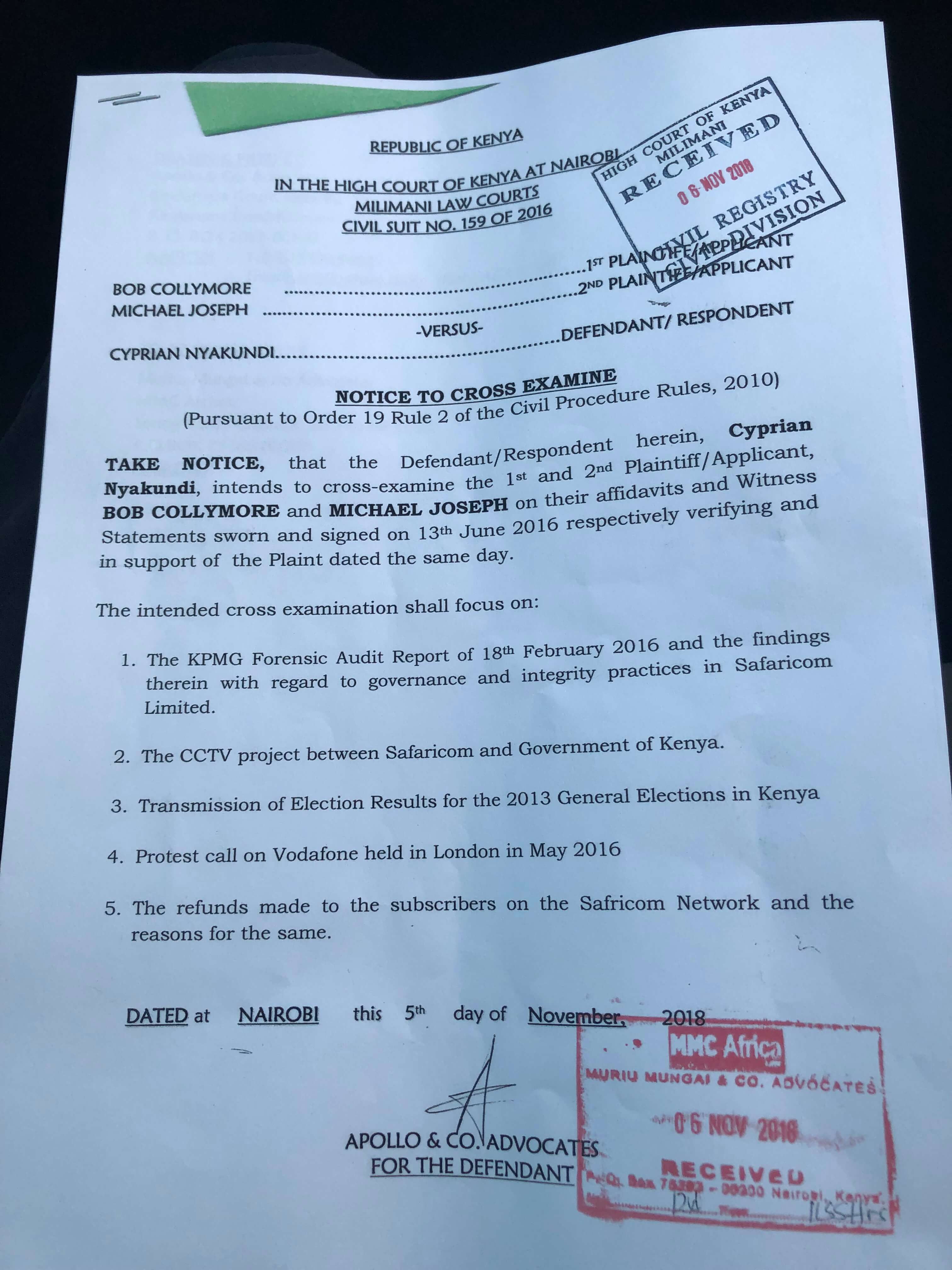 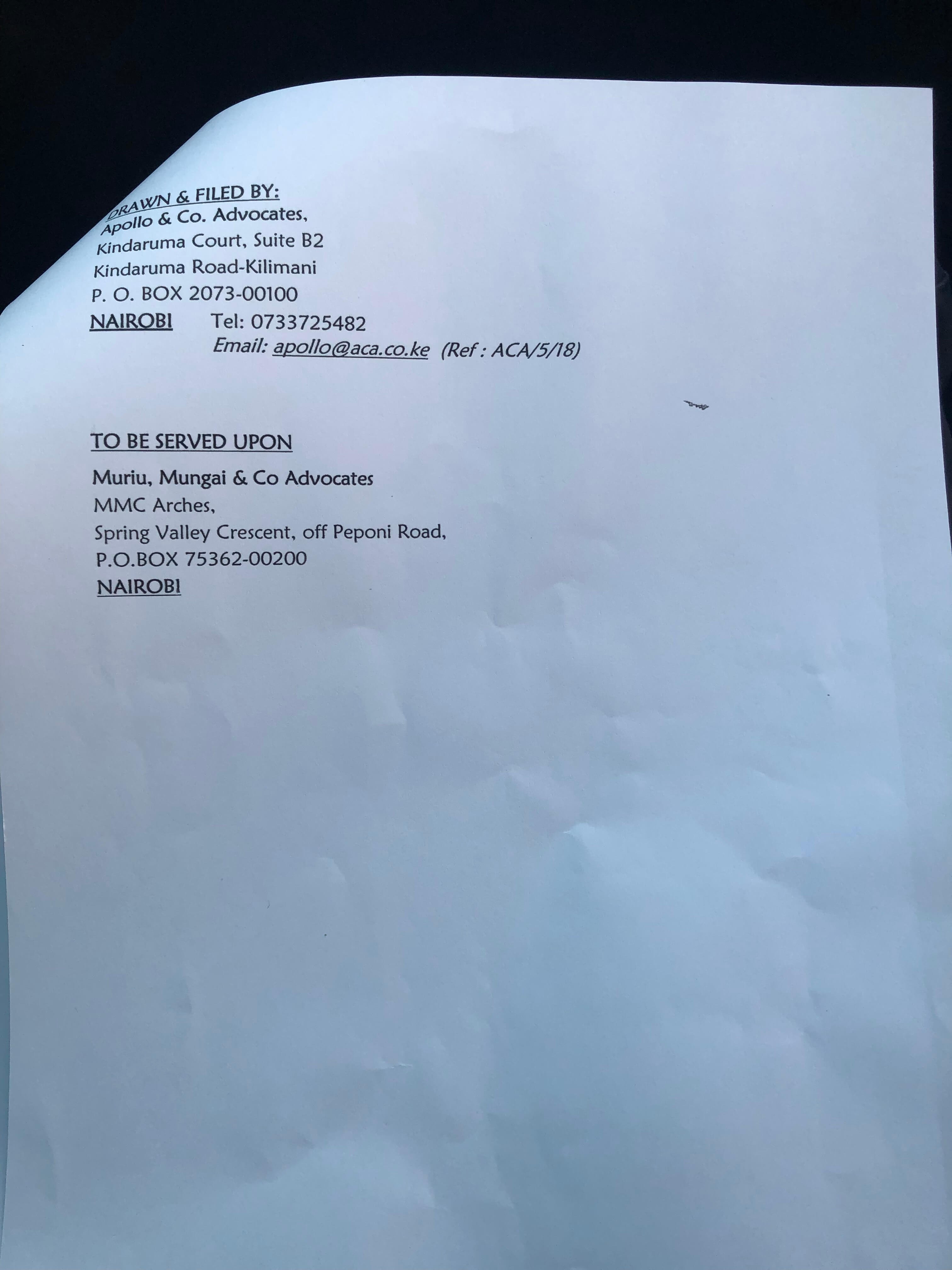 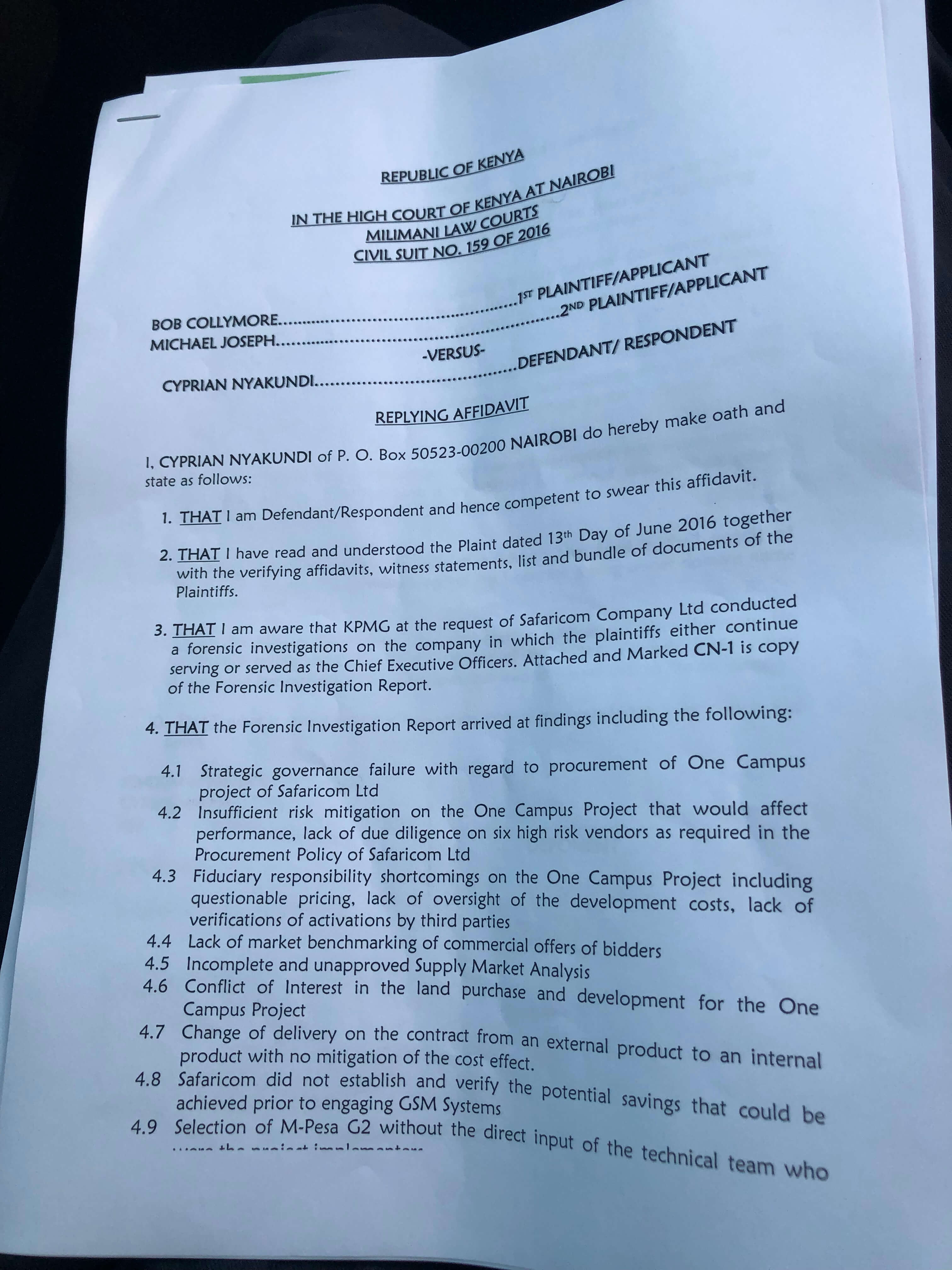 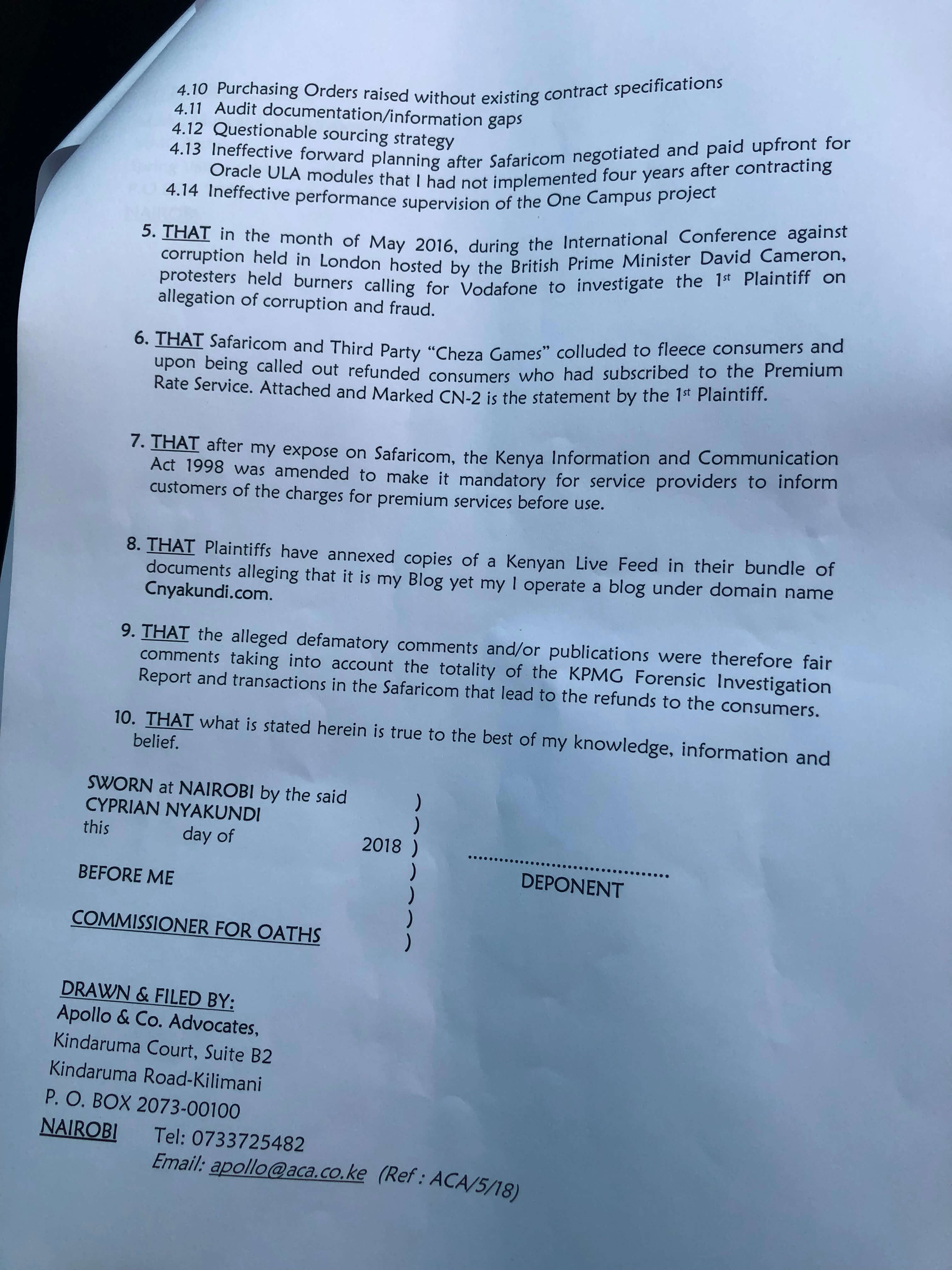