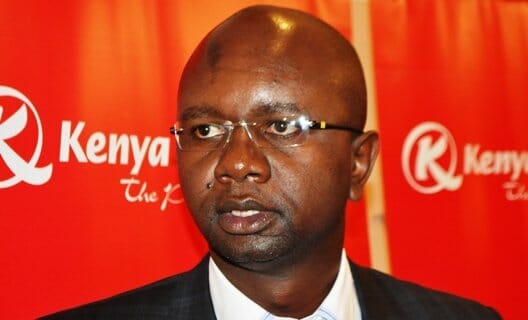 Yesterday Wednesday 16th Marc 2016 was the much awaited board elections for the Kenya Rugby Union (KRU) that had promised to be fiery considering the recent bad publicity that the union has had to endure.

All was not well from the days of Mike Rabar, the disgraced former Vice Chairman and owner of HomeBoyz Radio, whose links to the corporate world led to immense conflict of interest in the 2011 Safari Sevens Tournament. Rabar had been accused of leveraging all possible business activities like sponsorship, event management surrounding Kenyan rugby to his own companies and fronts.

Bob Collymore’s sudden fascination with disgraced Chairman Mwangi Muthee didn’t help either, as the two Neanderthals moved the annual tournament from its home on Ngong Road, to Nyayo Stadium and then to Kasarani, a venue too big for such a small sport. Satelite events like Masaku 7’s, Rift Valley 10’s and others were even raking in bigger crowds than the Safari 7’s, another hallmark of the warped priorities by old men hindering the growth of this country.

Kenya Rugby Union became a board surrounded by vested interests and was soon a victim of its own success. With the rise of the sport’s popularity, came with it greed and competition by individuals who simply wanted to leverage money and fame from it and not necessarily in the best interests of the game. Philip Jalang’o was one of those.

“PJ” as he was popularly referred to by his peers was in shock and disbelief by the mere fact that clubs could unite to dislodge him, a unity of purpose that he hadn’t predicted. Nondies Chairman Thomas Opiyo beat Philip Jalango with 13 votes after bagging 34 votes while Jalango got 21.

Murmurs and undertones about KFF’s new Chairman Nick Mwendwa and his obsession with corporate validation instead of the game have been rife, after a photo of him and Safaricom CEO Bob Collymore was posted on Twitter. Jostling between betting companies has been the major highlight of his tenure so far.

Because of these underlining corporate vested interests, the future of sports in Kenya is now bleak, with sports associations not strong enough to curtail influence or build their products outside corporate affiliation. Mostly riding on the illusion of change but are status-quo functionaries who ultimately injure progress of sports.

Our recent article detailing how KRU Chairman Richard Omwela screwed Rugby to its death-bed, whereby he signed an inferior contract for the 7’s National Team with Kenya Airways so as to leverage his position and help award his law-firm Hamilton Harisson & Mathews contracts by the struggling airline is clear proof of the corporate malaise in this country. Individuals who have no honor or shame.

We ran that piece on this platform as we know that Rugby is managed by gentlemen and delegates vote with their heads unlike perhaps football where voter bribery is the order of the day. We are clear in our conscience that the article resonated with its intended audience, and was factual beyond any shadow of doubt.

We do welcome other interest groups that have tried to pass their message through bribed journalists/compromised editors and have failed. Let this be living proof of the impact of solid, factual reporting aimed at changing the face of Kenya, held at ransom by corporate interests.

We will continue exposing corporate firms, some which are publicly listed or foreign-owned, and who dangle sponsorships based on patronage, sexual-liaisons, outright bribery and not on merit. Most of these unscrupulous individuals do so with the knowledge and confidence that legal restrictions would mean that such intricate details would never get publicity, and we’re here to debunk that myth.

We have sought to de-link ourselves from partisan Bloggers like Robert Alai, and are working with all Kenyans irrespective of tribe, industry or political affiliation. Many of the challenges we face as young Kenyans are devoid of the divisions that are characterised by the mainstream media. When 3 officials of KMPDU receive bribes so as to call off a Doctor’s strike, that’s something that we shall ensure won’t happen again.

Walk with us as we change Kenya.