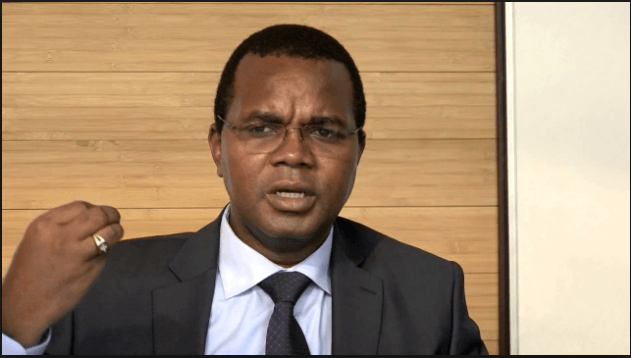 Two days ago, we received a forwarded email between senior National Bank managers and a woman, who, from the email, we learnt that her husband had been shot dead after the National Bank transferred him to an insecure place.

What followed, per the emails, were efforts by the woman to secure her husband’s benefits from the insensitive management.

In one email response, a Nigga called Rodgers. L. Mungumi, Director of Human Resources threatens to forward the woman’s case to the NBK disciplinary committee for ”asking the hard questions’

The NBK management is deeply rotten. Instead of just helping a woman that your negligence caused the death of her husband, you keep yelling about regulations that don’t even matter. Cm on….

We have pasted the email below

We have done all that we could to explain to you including inviting you for a meeting at Head Office where myself, the Director Legal & Company Secretary , Trustees of the Pension Scheme, team from Zamara – our Pension Administrators, Head of Employee Relations and your Lawyer(in spite the matter being an internal one) were present . From my email here under, we have explained to you that you cannot access the funds for Clarissa(your daughter who is a minor) until she is of a majority age as per the Trust Deed and this usually applies to all staff.

On the issue of how the last month salary for the late Ben was arrived at – the same has been explained to you but you keep on insisting that it was based on the reason that he did not serve notice. This is being insensitive and putting the Bank – the employer you serve in bad light . How could the Bank be such insensitive as to demand that the staff that had passed on serve notice?

I note with great concern on you continued tone of your emails even the previous ones to management. This is unacceptable and will not be tolerated. Any continuation of the same will be addressed through the Bank’s Disciplinary process. We have exhausted the internal mechanisms. However, if not satisfied, you can consult your lawyer for guidance and the Bank stands with the decision and will be ready to defend that position in Court.

Separately, an email has been done to your lawyer by the Director Legal and Company Secretary on the same.

In the year 2012 my late husband Ben Waweru Kihang’a was transferred to Garissa branch against his wishes. He appealed against the transfer based on three reasons

1. There was a lot of insecurity

2. I was expecting our first child and had a high risk pregnancy and needed frequent medical attention

3. He was still pursuing a Masters program at Kenyatta University Mombasa campus.

His appeal was rejected. A few months down the line he was shot dead. The employment act states that the employer should ensure safety of employee and evacuate from places of danger. You failed to do so.

In addition you reversed his December 2012 salary having paid it. I still do not understand why you would expect a dead man to give notice. In my understanding of the employment act once you pay a salary and a person dies you are not supposed to make deductions. Please remember that Ben was on salary not wages and his salary was calculated monthly not daily.

I am grateful that the logbook is being released. But we should not forget the harassment I received in regard to the same despite the fact that the bank was wrong in meting out this injustice to me. But for which I forgave.

In regard to the benefits, I wish to state that the RBA act gives trustees discretion to determine the rightful beneficiaries and that the nominees listed by an employee are not binding on the trustees. The same is also contained in the NBK Trust Deed of 2015. However the RBA act limits the trustees to identifying the rightful beneficiaries and determining how much amount to pay to each. Thus the trustees did not err in giving my daughter or I part of Ben’s terminal benefits.

I have severally written that I would the monies being held ifo Neema Clarissa Wangeci Waweru released as the returns in the pension scheme are low. The pension fund has denied my request. I have had a look at several of the laws of the land including the National Bank Trust Deed of 2015. No where are you justified under law to hold on to my daughter’s benefits. You summoned me to discuss the same. In as much as the agenda was to discuss my wish to access the funds so that I can invest in real estate which is better performing, the meeting ended up rotating around other issues which were not part of the original agenda.

In addition you unscrupulously put down that it had been “agreed that the Trust Deed allow holding of the monies due to the beneficiary until they attain the age of 18years”(minutes of 19th April 2018).. My question is with who did you agree? I know beyond reasonable doubt that this statement did not accidentally find its way in the minutes. The law states that a Trust Deed cannot be amended if the amendment will infringe on the rights of a beneficiary or member. You claim to follow the law, my question is what law are you following if you can plan to make illegal amendments?

I have requested to see documents which I believe that would help me get a proper closure but you have failed to supply.

I am aware that on your side you have closed this matter. But what my Bible tells me is that unless God closes a door, no man can close it. I serve a God who says that He is the defender of the widow and the orphan. I know beyond reasonable doubt that God Almighty will give justice to my daughter and I. Jehovah God Who is not a respecter of persons is watching you .

I trust this email find you well. This is in reference to this matter that has been under discussion. We would like to bring the matter to a closure by pointing out on the following;-

1) The Pension Scheme nor the Bank is in Court with you.

2) The Bank in good faith undertook to explain to you on the queries you had raised.

3) The Court pronounced itself earlier on how the last benefits should be shared out and the same was fully implemented by the Bank and even varied to accommodate you as you were not part of the beneficiaries as indicated to you.

4) You sought clarification on whether you can access the 50% that was allocated to Neema Clarissa (minor)- from our Pension Trust Deed and feedback from our Pension Administrators and Trustees, this is not possible. The funds will be treated as per the Trust Deed. The statement on the funds and returns are available for your records and can be provided to you on request.

5) You sought clarification on how the last salary was arrived at. This has been explained and we stand by that explanation.

From our end, we therefore treat this matter as fully explained and closed. However, in an even that this explanation is not satisfactory, then the Bank can only avail all the documents required in support of its position upon a court order and served through our Legal Division.