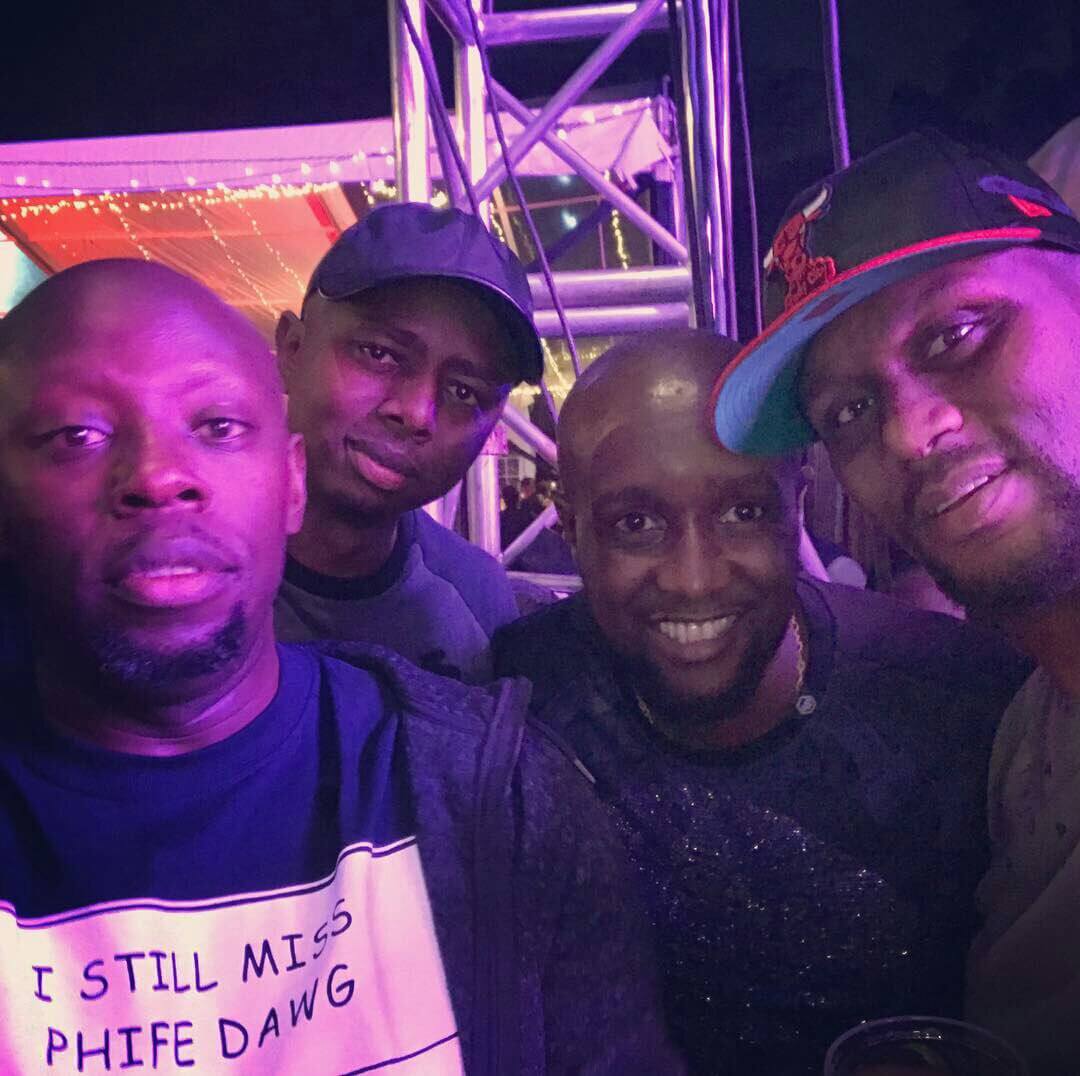 Justus Kirigua (third from left) is the CEO of Pewin Cabs Limited, the company embroiled in the latest scam unearthed by Auditor General Edward Ouko where the Government lost Kshs. 1.7 Billion through dubious contracts.

Justus Kirigua is pictured with his former Mangu High School alumni Ronald Karauri (betting crook together with Bulgarian conmen) and DJ Styles who recently organised the Keri Hilson concert at KICC, together with Nana Gecaga. I’m pretty sure that once the Auditor General peruses KICC’s books, he’ll find something fishy next year.

These young boys are very greedy and want to live the jet-set life without working hard, to floss on Instagram. Stealing from youth seems to be like their only claim to fame.

Auditor General Ouko questioned how the money was spent on grounds that it was riddled with procurement irregularities; single-sourcing, unsupported expenditure, unaccounted for medical supplies as well as lack of documentation.

According to the AG’s report, about Sh66 million was controversially set aside for the procurement of taxi services, and Pewin Cabs Ltd was paid Sh23.8 million above the market rate.

This same company (Pewin Cabs) was also given a dry cleaning and laundry services contract valued at Sh30.8 million.

The question is, why is a Taxi services company involved in dry-cleaning? Outright theft of our public coffers. Noordin Haji should not spare such companies and their directors for exploiting youth resources and leaving us destitute.