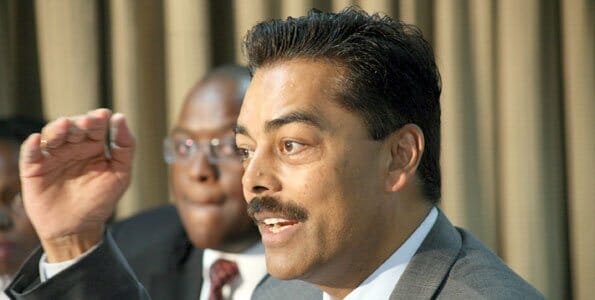 Bidco Africa will lay off 300 employees this week in what that has been referred to as a ”restructuring” exercise aimed at cutting operation costs, something our source from the company has refuted.

According to our source, Bidco is facing financial problems after many financiers abandoned the company especially after many scandals rocked it. Vimal Shah has been fighting with Stephen Jennings, the Owner of Tatu City.

The many controversies that have rocked Bidco have seen many financial institutions abandon them. One case in point is the Kalangala scandal where Bidco was accused of grabbing land from poor farmers.

After a long fight, Bidco was ordered to pay the farmers Billions. Pressure from the United Nations and other accountability institutions has seen Bidco losing friends all over.

The ruling of the London Court of International Arbitration was issued on 15 February 2018 by Stephen Nesbitt QC.

The arbitrator concluded that he was “satisfied that Manhattan is in breach of the Deposit Advance Agreement, and is liable to repay to SCF the sum of USD 10,536,653”.

In the end the arbitrator decided that the documentary evidence showed that Renaissance believed there was an actual deposit of $20 million and that the three Kenyans were therefore guilty of “fraudulent misrepresentation”.

The London court ruling effectively confirms that Jennings, the founder and CEO of Rendeavour, the largest shareholder in Tatu City, and his international partners paid for all the land on which Tatu City is located (and other coffee farms around it) in 2008.

According to the LCIA ruling, Shah, Nyagah and Mwagiru were unable to demonstrate that they paid any money to either Rendeavour or to Socfinaf, the previous owner of over 10,000 acres of Kiambu land acquired by Rendeavour.

SCF and Rendeavour successfully argued that they had advanced US$10,536,653 ( Sh1.075 billion) to Manhattan Coffee to pay for their share of the Tatu City land from the Belgian coffee company Kofinaf.

The London arbitrator did not accept the first claim by Manhattan that they had deposited $20 million with the sellers of Kofinaf.

Dipak Shah, a director of Manhattan and Bidco, initially told the arbitration court that Manhattan principals had deposited $20 million with the sellers of Kofinaf in 2007.

However, in November 2016, Dipak Shah changed his position to say “that Renaissance acknowledged a discount, not a cash payment by BlackLine shareholders”. The arbitrator said it was “not plausible” that the $20 million was an agreed discount.

All these cases and scandals have put pressure on the company, making it struggle. This is after the downfall of the controversial businessman, Vimal Shah.