In the changing political and economic landscape where all the weaknesses that Jubilee had camouflaged using a cabal of bribed journalists and online influencers are now in the open leaving Jubilee exposed and vulnerable, many of the faces who were all over last year’s edition of the First Lady’s Half Marathon Run christened “Beyond Zero” were conspicuously absent this year. They include Anne Waiguru who has recently fallen out with the Jubilee regime and Charles Gacheru owner of IMG PR located at the International Life House, whose rise to big money was solely attributed to his links with Waiguru. 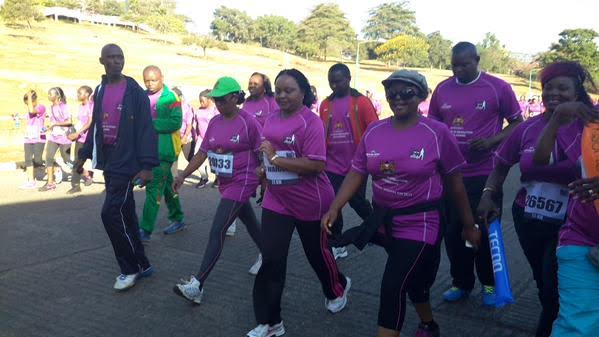 Caption: Happier days when Anne Waiguru was a mainstay in past editions of the First Lady’s Half Marathon. She is now begging Police for protection.

Characters who made a windfall from the former CS are now infamously referred to as the Waiguru Orphans, together with comedian Kiarie “KJ” John and disgraced political-analyst Mutahi Ngunyi, who now faces hate-speech charges. Gacheru today was tweeting from the Nyeri Golf Course, clearly a frustrated man from losing a key account and access to the StateHouse gravy train. On a day like this one, Gacheru was busy trending the #BeyondZero hashtag. 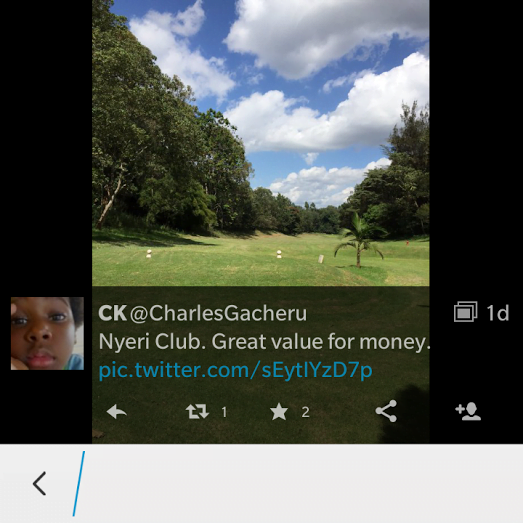 Caption: Charles Gacheru of IMG PR today was tweeting from Nyeri Golf Club, a departure from past editions of Beyond Zero where he was rubbing shoulders with top Government officials.

As that was panning out, disturbing reports reaching our newsdesk indicate that Twitter Kenya officials were bribed by officials of the Presidential PR team, to censor debate from another competing hashtag #MarathonForPR that exposed the event as just an extension of the Kenyatta family propaganda machinery with no meaningful impact or tangible benefits realised so far.

This came as revelations emerged that the Beyond Zero initiative could have been a spin-off idea “stolen” from a young girl Erica Njeri Gachoka, who paid a visit to StateHouse to appraise the First Lady on her BloodLink project aimed at raising mobile blood centers. Ironically, Erica’s mother and former radio personality Ciku Muiruri is still a hopeless Jubilee sycophant going by her pattern of social-media posts, and was shamelessly taunting Dennis Galava after the latter was sacked by Tom Mshindi with instigation from StateHouse.

From all available records, it seems Margaret Kenyatta’s first ever interaction with a health-related cause was during a visit by St Andrews School, Turi student Erica Njeri on September 17th 2013.

Caption: Erica Njeri Gachoka was hosted by First Lady Margaret Kenyatta at StateHouse, where her idea was “stolen” and yet her psychotic mum Ciku Muiruri (far right) is still a Jubilee sycophant.

The only other interaction with a member of the public engaged in a worthy cause was with Paula Kahumbu famed for her campaign to save the elephants, but it seems that the Kenyatta family requested Margaret to severe links with Kahumbu, as former First Lady Mama Ngina Kenyatta nicknamed “The Queen of Ivory” and former Nairobi Mayor and a prominent member of the First Family Margaret Kenyatta had been implicated in the smuggling of Ivory back in the 70’s, in documents leaked by whistleblowing website Wikileaks.

Njeri was taking part in the Bank of America Chicago Marathon 2013 to raise funds for purchase of a mobile blood donation unit in Kenya. The St. Andrews Turi student’s initiative was sparked by numerous appeals for blood in the media, and her visit to StateHouse was to raise awareness and funds towards her cause. Little did she know that her idea would be stolen, altered abit so as to find an activity for the First Lady, who needed something to keep her pre-occupied. Disgusting! Almost like taking candy from a baby.

To Polish up this intellectual heist was Anne Waiguru’s frontman Charles Gacheru of IMG who together with his links to the then Health CS James Macharia, formulated a strategy to be employed by StateHouse.

But nobody should be surprised because corporate Nairobi is all about stealing ideas and presenting them “as own” for many people. Lazy Nairobians are tired of thinking, creating and doing the dirty work, that all they do is sit in bars or in offices waiting for individuals to present them with ideas, which they would then steal and execute without the finese and detail that the originator would have. So instead of Margaret working with Erica, she wanted to hog the limelight and was decieved that it will boost her husband’s image. And it did, albeit shortlived. It’s the reason why we have mediocre adverts, pathetic television shows, poor marketing concepts and stifled corporate growth because the people with real ideas shy away from ever presenting them to the intellectual thieves occupying big offices such as brand-managers, TV Execs, advertising agencies and even StateHouse. Only people who are now getting the limelight are the shameless self-promoters.

Today, many Kenyans questioned the purpose of the marathon, considering that there was no statistical evidence of the benefits accrued from already donated mobile health clinics. It also emerged that most of the units have either been vandalised or unutilised, with the First Lady’s office unable to make a clear follow-up, enforcing the good use of the clinics. To counter the surging criticism, officials from the Presidential Communication team are said to have influenced an official of Twitter Kenya to censor the hashtag #MarathonForPR and paid bribes to black it out, despite it reaching to second-most discussed topic. Undeterred, Kenyans aired their views on the hashtag #BeyondZero, debunking the myth that the project was popular amongst Kenyans.

Big corporates were accused of using the event to gain entry to Statehouse, and use photo-ops to solicit political patronage and favours, with companies like Safaricom, KCB and even the Tony Gichuru-linked MCheza being fingered. Kenyans were of the view that Margaret Kenyatta should instead use her proximity to the President, to lobby and focus his attention on the fight against graft, as resources that have been embezzled by Anne Waiguru, Bruce Odhiambo and the former Minister of Health James Macharia would be enough to guarantee a referral hospital in every County, plus free universal healthcare.

Today, only old Kilimani MILF’s like Esther Passaris and Esther Murunga were notable, perhaps using the opportunity to bootlick their way into the good books of the First Lady, but we hope that reality will dawn on them that they have outlived their youth and should now settle as grandmothers. 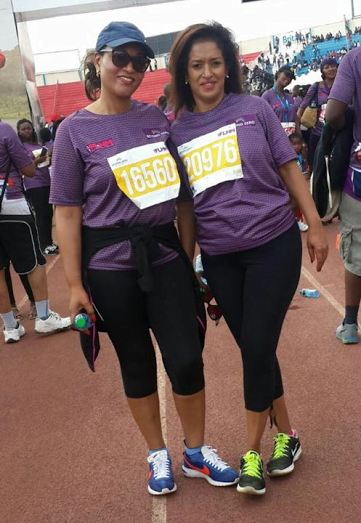