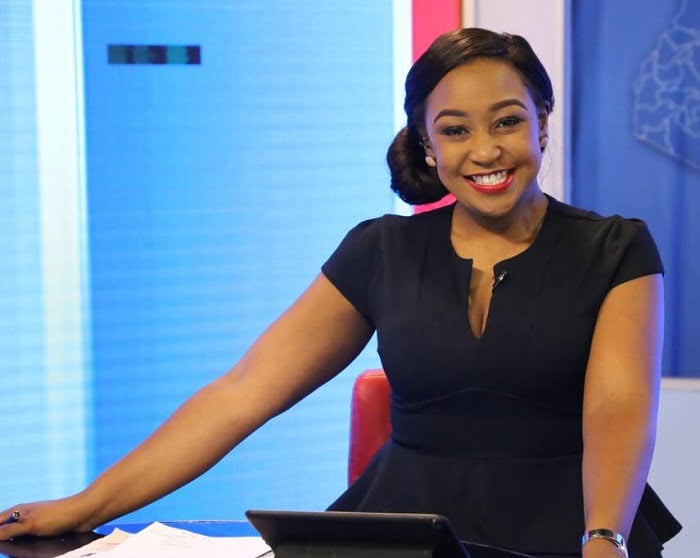 CAPTION: Betty Kyallo during her old KTN days: Back then she was one of the most sought after TV girls and would rub shoulders with who-is-who in the society inlcuding politicians like Joho and other prominent business moguls. With time, however, her value has depreciated, reducing her to a low quality Instagram slay queen and a struggling Youtuber

Through her social media pages, the news anchor who has often been associated with some of the big names in Kenya – including Mombasa Governor Ali Hassan Joho – announced that she had made a comeback to the media house and would be back on air on Sunday, March 7, which is today.

At the time, some of our sources informed cnyakundi.com that Betty would be hosting a show on KTN Home alongside overrated comedian Eric Omondi.

In fact, prior to Betty’s announcement this afternoon, the two have been posting snippets of the upcoming program on their social media pages to keep their followers guessing.

Well, after a long wait, some of her fans who expected that she would go back to anchoring news were left massively disappointed after the journalist revealed that she will only be hosting some low-tier TV “Game Show”,  which in an attempt to hide the shame of her plummeting media career, the 31-year-old claimed it is something “she has always wanted to do.”

I am extremely excited for my new show on KTN Home Channel. I’ve always wanted to Host a Game Show in my TV Career and now my desire has come true!This will be the Biggest Quiz Show In the African Continent. Every Sunday 8pm to 9pm on KTN! Coming very very soon pic.twitter.com/2NK64rx1nC

Apart from her announcement post, any more content on what the show will entail remains to be seen.

Kyallo left KTN News in July 2018, where she used to host a Friday Briefing show.

The anchor alongside other personalities like comedian Jalang’o left Mediamax Network Limited after the company directed them to take pay cuts.

The company claimed the Covid-19 pandemic had affected advertising and other revenue streams.

During her time away from TV, Betty attempted to launch her own digital show, “Betty Kyallo Lately”, which streamed on her YouTube pages but the numbers slowly died down due to her lack of unique content.

Below we’ve featured what some netizens had to say on Betty’s new job at KTN.