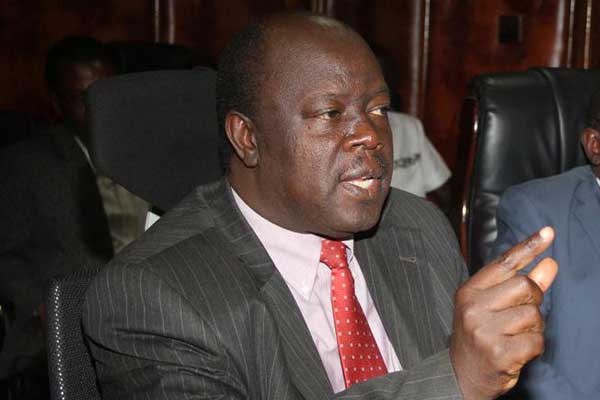 Besieged Trans Nzoia governor Patrick S. Khaemba has threatened to sue social media users that have been on his case over corruption scandals at his county.

Governor Khaemba was out to defend his wife over the recent graft exposes by intimidating whistleblowers in Trans Nzoia. The Governor during Mashujaa celebration in Saboti constituency told the media that it’s time to take the boys to court for spreading lies in media.

Although the whistleblowers are confident with their evidence they’re ready to go to court and some had vowed to expose the dirty side of so said first lady’s videos and audio clips of how she plans to steal from the county government.

Cases of intimidating whistleblowers have been on the rise as the police allow the corrupt to use them. Directorate of Criminal Investigations boss George Kinoti must probe the unholy alliance between Khaemba and the Kitale DCI.

Further reports have also confirmed that the governor has been looking for hackers to bring down this website after we covered his crooked second wife’s scandals.

Are you an insider at any county government and don’t like the plunder and corruption going on there? Email me ASAP [email protected] or WhatsApp/telegram 0710280973