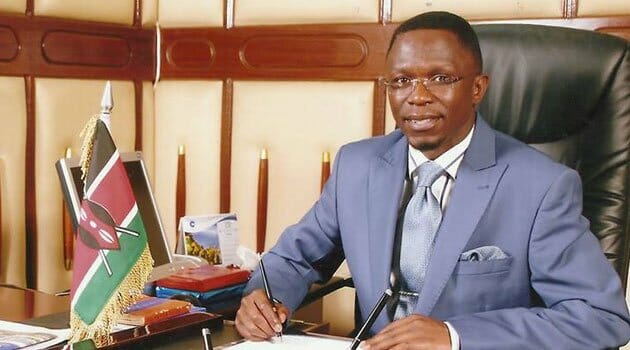 The MPs who signed a petition supporting the motion said they intend to oust Namwamba on the grounds of “serious bribery allegations touching on the integrity of the chairman and conduct of members of the committee”.

The committee only requires a simple majority to vote out a chairman during the poll set for 9.30am.

Nyatike MP Anyanga Omondi who is among three ODM MPs supporting his party Secretary General’s ouster is said to be have already started lobbying support to take over the seat which can only be held by an Opposition legislator.

Omondi had challenged Namwamba for the seat when the committee was constituted in 2013 but lost. His argument is he cannot serve under the Budalang’i MP who he considers his junior.

The parliamentary public accounts watchdog has been rocked by claims that some of its members have been taking bribes to change some of its investigative reports.

In the petition dated February 19 copied to Namwamba and the Clerk of the National Assembly, the legislators allege their chairman doctors committee reports, leaks information to the media, high-handedness and bribery.

They cited when the committee was scrutinising the Auditor-General’s Report on the 2012/2013 financial year, which highlighted unexplained expenditure at the Ministry of Provincial Administration and State House as an example of when Namwamba could have been ‘persuaded’ to change the outcome.

Among the controversial assignments that have been handled by Namwamba’s committee include the probe on the Sh25 million hiring of a luxury jet for Deputy President William Ruto and his entourage of 15 on a tour of four African countries.

PAC also conducted investigations into the Judiciary’s books of accounts, which led to the sacking of former Chief Registrar Gladys Shollei.

House Minority Leaders Moses Wetang’ula and Francis Nyenze held several meetings on Monday evening with its members to try and have them withdraw their signatures from the petition to remove Namwamba.

The committee is considered influential because it scrutinises reports detailing how every arm of government has spent money allocated to it. It often invites Principal Secretaries and other accounting officers to explain expenditure that the Auditor-General has questioned.

It also audits spending by the National Treasury to determine how tax revenues would be shared out between the national and county governments.