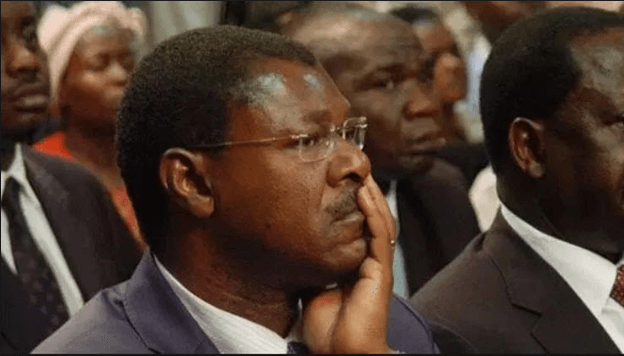 Moses Wetangula Was Bribed By BAT

According to documents with BBC, in July 2012, BAT lobbyist Julie Adell-Owino requests the purchase of a business class plane ticket to London for Kenya’s former minister for trade, Moses Wetangula. The email says Wetangula will be “hosted at Globe House” – BAT’s London headquarters.

Adell-Owino’s email said the transaction should be “paperless” and there should be “no receipts if any in his name”. When Panorama asked Mr Wetangula about the email, he said he was “shocked” and “upset” and would take legal action against anybody circulating “such a crude rumour” against him.

He said: “I did not receive any ticket or any money… I never had dealings with the BAT.” But BAT has described the purchase of the plane ticket a one of a series of “unlawful bribes”.

BBC obtained hundreds of documents that reveal how BAT employees bribed politicians, public officials and even people working for a rival company in Africa.

BAT told the BBC: “The truth is that we do not and will not tolerate corruption, no matter where it takes place.” Paul Hopkins, who worked for BAT, a British company, in Kenya for 13 years, said he had begun paying bribes after being told it was the cost of doing business in Africa. 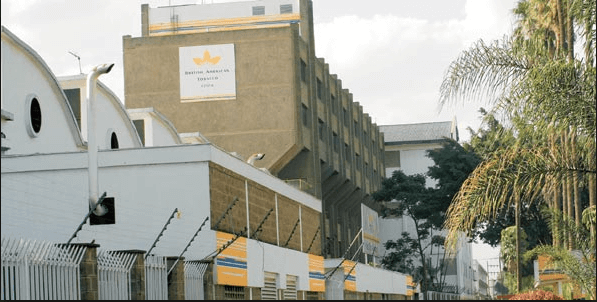 “BAT is bribing people, and I’m facilitating it,” he said. “The reality is if… they have to break the rules, they will break the rules.” Emails now shared by Mr Hopkins reveal BAT made illegal payments to two members and one former member of the World Health Organization’s (WHO) Framework Convention on Tobacco Control (FCTC), a United Nations campaign supported by 180 countries, aimed at reducing deaths from the tobacco-related illness. An FCTC representative from Burundi, Godefroid Kamwenubusa, and a representative from the Comoros Islands, Chaibou Bedja Abdou, were both paid $3,000 (£2,000).

A former representative from Rwanda, Bonaventure Nzeyimana, was paid $20,000. All three men deny taking bribes from BAT. Dr Vera Da Costa e Silva, from the WHO, said BAT “is irresponsible, to say the least”. “It is using bribery to profit at the cost of people’s lives, simple as that,” she said. “BAT should be investigated by the government and should be punished accordingly.” Secret recording The secret documents also show the company paid bribes to undermine the anti-smoking legislation.

In return for the illegal payment to Mr Kamwenubusa, a Burundian senior civil servant, BAT also wanted a draft copy of the country’s Tobacco Control Bill. And an email from a contractor working for BAT says Mr Kamwenubusa would be able to “accommodate any amendments before the president signs”. Under the UK Bribery Act, British companies can be prosecuted for bribery anywhere in the world if they fail to take steps to prevent it.

BAT could also face prosecution and huge fines in the US. Bribery expert Jeremy Carver said: “It will set inquires in the train about their operations globally so that suddenly everything they’re doing all over the world is now being scrutinised and not just by prosecutors in this country but in the United States and anywhere they are operating.” BAT said any company could fall victim to an employee acting inappropriately. “We are rightly proud that any alleged breach of our very high expectations of transparency and honesty is swiftly investigated,” its statement added. “Any proven transgression will lead to appropriate disciplinary action. “Our accusers in this programme left us in acrimonious circumstances and have a vendetta against us, clearly demonstrated by the false picture they present of how we do business.” Shortly before he left the company, Mr Hopkins secretly recorded a discussion with a BAT lawyer about making final payments to his informants.

He can be heard telling the lawyer some contacts would need paying “to keep their mouths shut”. The lawyer, Naushad Ramoly, is recorded saying: “That is what we are going to be paying. Yeah, OK, fine. Anything else that you think we will need to be paying for?” Mr Ramoly, who no longer works for BAT, said he had never been involved in illegal activities or with bribes and he had reported Mr Hopkins to senior BAT management.

Mr Hopkins plans to meet with investigators from the Serious Fraud Office in the UK this week. In 2012, BAT lobbyist Julie Adell-Owino arranged bribes totalling US$26,000 for three public officials in Rwanda, Burundi and the Comoros Islands. All three officials were connected to a United Nations effort to reduce the number of tobacco-related deaths, the Framework Convention on Tobacco Control.

One document shows that in May 2012, Adell-Owino requested a payment of $3,000 be made to Chaibou Bedja Abdou, an FCTC representative for the Comoros Islands. The documents do not detail precisely what this payment was for, but BAT has described the payment as one of a series of “unlawful bribes”.

Chaibou Bedja Abdou told Panorama: “I have never received any money from BAT and no-one can prove that I have signed any document in receipt of anything whatsoever.”