Bata managing director Alberto Errico bribed the Ethics and Anti-Corruption officials with Ksh. 30,000 to ignore a complaint, the editor of this site has learnt.

The EACC, A moribund commission has itself become a stumbling block in the war against corruption to an extent of being praised by some corrupt cartels because it is a “soft institution”

This is not the first time the editor of this site has linked the commission to bribes aimed at killing cases. A few days ago we also exposed how the commission was bribed by senior NSSF officials to overlook scandals at the social security fund.

In a letter to EACC, anonymous employees exposed how Bata senior management was discriminating against Kenyans by hiring Asians despite qualified Kenyans by way of bribing immigration. 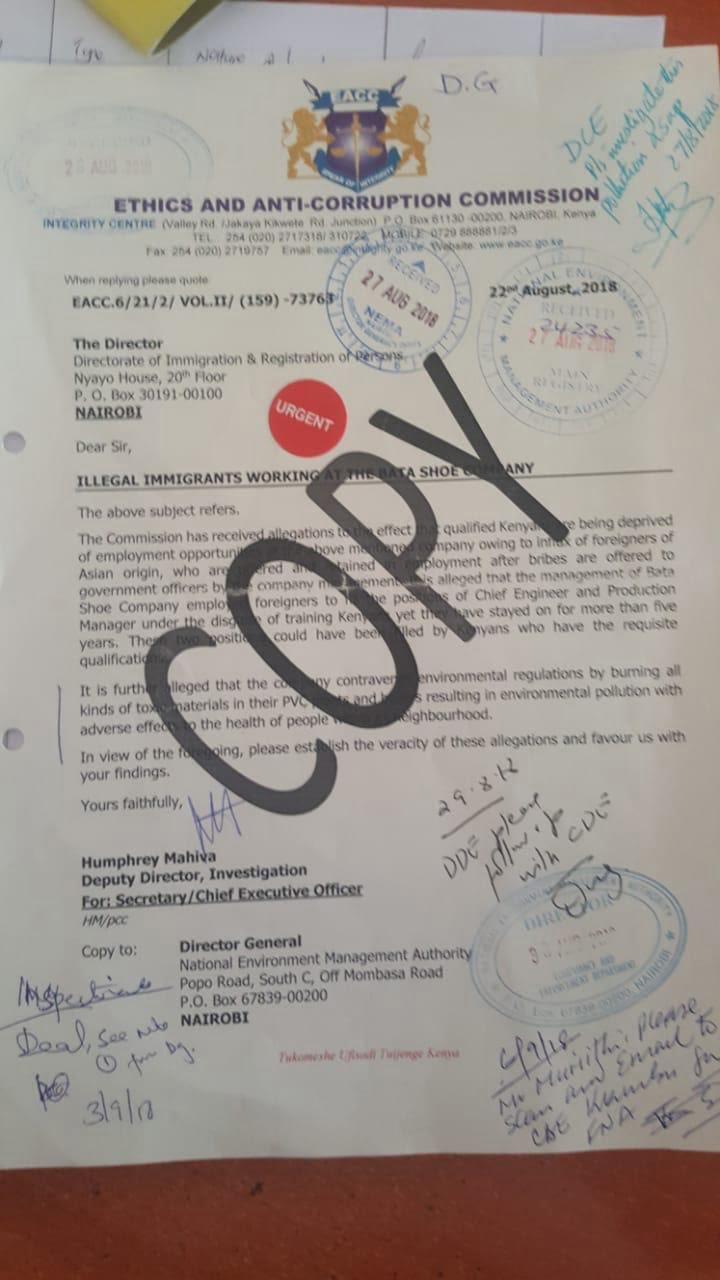 The complaint letter had also raised an issue on how Bata is polluting the environment by burning coal and recycling plastics and getting away with all these crimes by bribing Nema director-general Geoffrey Wahungu.

The above is mentioned in the attached EACC letter which was forwarded to me by one person who had come across it and realized that it was a complaint launched a long time ago and nothing was done.

We can also report that there are certain employees who enjoy the protection of the managing director and the chief security officer (a former DCIO) and use it to extort money from suppliers and contractors in false promises. Nothing is done about it despite the victims reporting to Tigoni

We now demand that the new EACC boss audits all complaints at the commission due to many complaints!