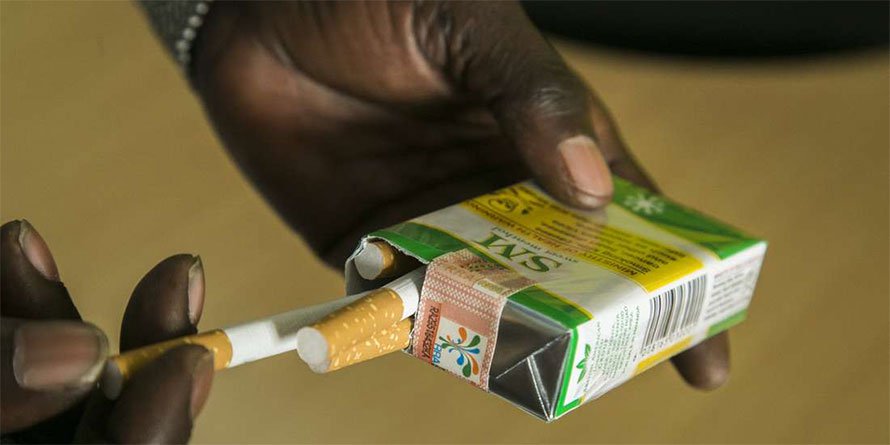 The  KETCA  Chairman, Joel  Gitali  said that  BAT avoids paying full corporate taxes which would have been used for public  services like healthcare to treat tobacco related illnesses in low and middle income countries like Kenya.

“BAT evades tax by using its multinational corporate structure to pay the minimum amount of corporate tax in countries that  most need the revenue and bribing policy makers such as Kenya Revenue Authority thus robbing the country of vital resources  to pay for public services,” he noted.

Following  Tax Justice Network(TJN)’s 2019 report dubbed ‘Ashes to Ashes,’ and launched today by KETCA, there are  a range  of reduction mechanisms  BAT employs such cross border payments made within the multinational group for royalties, research, intragroup lendings and as dividends as a scheme to shift profits from the world’s poorest counties.

Other  schemes according to the report include shifting profits internally by requiring wholly owned subsidiaries to make  royalty payments, IT payments and Intellectual property fees to other arms of multinational company.

Gitali   who  was  speaking  on Monday during a briefing and launch of the report said BAT is depriving low and middle  income  countries of millions of dollars in public funds.

“Given  the economic burden of the global Tobacco epidemic in our country and the latest findings from Tax Justice Network, we believe an investigation into BAT for corporate tax avoidance is an important step that the government should take,” he said.

Gitali  further  asked  the government to ensure public accountability of tobacco companies by requiring publication of  country by country reporting alongside company accounts–a measure which has been shown to cut tax avoidance immediately and also provide insights into where tax authority should challenge abuse.

“The  government should also review and renegotiate international tax treaties that are excessively disadvantageous to lower income countries like Kenya. It should also closely scrutinize the tax affairs of tobacco companies to reduce profit  shifting,” he added.

The  Consumer Information Network Chief  Executive Officer, Samuel Ochieng’ noted that while making efforts to prevent corporate tax avoidance, low middle countries like Kenya should increase the excise tax on tobacco products to 70 percent or more of the retail as recommended by World Health Organization (WHO).

“The  price measure on tobacco will help reduce its consumption as low income people will cut on their usage and thus  improving the health effect and burden of tobacco”, he said .

He  noted that 55 percent of communicable diseases in hospitals are as a result of tobacco and 50 percent of deaths caused by the same. In Kenya, 7 000 deaths annually are caused by tobacco consumption.

KETCA Head of Communication and digital advocacy, Achieng Otieno also urged the government to seal the loopholes which include justifications of tax avoidance that tobacco industry is using to avoid paying taxes.

According  to the United Nations World Health Organization, tobacco use is the world’s leading cause of preventable death, killing 7 million people each year. Tobacco use cost the world Sh.141.8 trillion each year in healthcare cost and loss of productivity.

According to the report Governments around the world must investigate BAT and all multinational tobacco companies for corporate tax avoidance in order to reduce or eliminate these practices.

They  should  also maximize corporate tax revenues from tobacco companies in order to pay for essential public services  such as the healthcare treatment of those affected by tobacco related diseases.

The  report estimates  that  if  the implied foregone tax revenues are taken to reflect ‘business as usual’ from now until  2030, the  8 countries most affected namely Kenya, Uganda, Zambia in Africa and, Bangladesh and Indonesia in  Asia as well as Brazil, Guyana and “Trinidad &Tobago in Latin  America and Caribean would suffer a total loss of nearly Sh.70.8 trillion from the tax avoidance of a single tobacco company, BAT.

According to the Ashes to Ashes report in 2015 and 2016, the Kenya revenue authority may have received up to Sh.273.4million less in revenue per year due to BAT routing of divided payment via the Netherlands.

If you have any scandal on BAT please send to us. Thanks