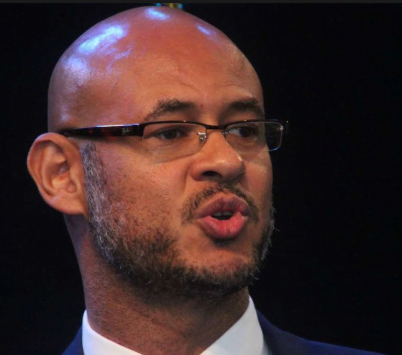 Caption: Barclays Bank CEO Jeremy Awori. Barclays was the main money laundering bank in both NYS scandal and Ruaraka land Scam. Awori bribes the low-self-esteem daystar journalists to suck his small dick (According to many clande’s he dishes)

Thank you for highlighting the mischief that happens in Barclay’s bank and on that note one of our bosses you had mentioned in your twits Ann Alele has resigned.

I want to bring to your attention on a regional manager called Grace Muamba who runs the prestige region. One Mr Obosi (he was made yo report to someone who is in the same rank as himself) was removed from the position on prestige in an unjust way by removing the region & merging with the other regions.

The region was recreated three months to pave way for Grace who came from another bank. She has a Godfather in the bank.

She has given some of us acting roles from teller to Personal bankers (sales role,) where the pressure is too much for too long without confirming us permanently.

Her selfish agenda is to ensure she has the numbers when it comes to a bonus payment. Acting allowance which is very little money is given for only 3 months.

Why not give us B3 roles? The rest of the time looks like it is a charity we are doing to her benefit. Hide my identity because if am known I’ll lose my job.