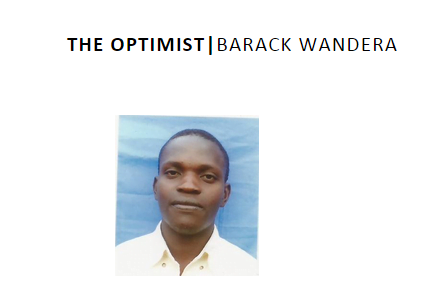 The first step towards solving a problem is acknowledging it. This is my departure point towards prescribing solutions to the problems bedeviling this country. Although we experience many problems I must say that as a country and a people we also have something to smile about. To begin with the expansive democratic space we have irrespective of hiccoughs such as the attempts to silence activists as they voice their grievances and those of the people they represent I would like to note that all is well.

Yet on this issue which most Kenyans have always snubbed, this ghost known as tribalism. The name itself suffers amelioration in Kenya although in other parts of the world it’s an adjective that is given to savages.

In such a multi-ethnic republic such as Kenya, with over 40 different ethnic blocs our politics have thrived on ethnic emotions rather than nationalistic agendas. This demon of negative ethnicity and high sense of ethnic pride is the ghost which we must exorcise if we want to make any progress as a country.

Just as those of the old bequeathed us with wise sayings such as United we stand, divided we fall the sooner we realize the meaning of this saying the better we become. That a house divided can never be strong. We will never win wars against enemies of this nations such as terror; both economic and military, hunger (and its variables such as famine and poverty), diseases or any other problem that is yet to be known.

As the then American Activist and reverend Martin Luther King Junior says pertaining the segregationist activities in America that we must learn to live as brothers or die as fools. The same is applicable within our context. I believe we are one people by the virtue that we have shared same experiences and evolved together.

I believe that its tribalism that begets corruption, corruption begets terror and terror begets retrogression in economy in an unending chain .As experienced in the recent past when the West issued travel advisories to its citizens warning them against sending money to Kenya through tourist activities leading to near-collapse of the tourism sector especially such destinations as Mombasa and Kilifi counties.

One would be quick to ask how tribalism begets corruption and how corruption begets terror. This is my response that as Kenyans just like any other republic where integrity is not watered we tend to send “our people” to power or public offices. We know very well that at the top level there is no clear cut between a civil servant and a politician, both terms here in Kenya are used interchangeably. And after sending those whom we share with ethnic denominator to power its usual expectation that they will pay back by giving their friends jobs within the government without following due procedure, denying those who deserve such opportunities and gifting them to those who lack technical expertise.

This award of jobs to greenhorns leads to shambolic management which gives an opportunity to such things as terror attacks to thrive. Besides this the economic terrorist who is commonly referred to  as corrupt individual in lay language owing to the fact that he lacks professionalism as he is merely an imposter in a profession he serves, easily accepts to be manipulated by the military terrorist by accepting cash which cannot be equated even with even the life of a new born baby and okays massacre of several individuals as witnessed in most parts of the word, Kenya not being an exemption.

My take as an Afro-optimist is that all is not lost. Englishmen say that it’s better late than never. Let’s solve the problem by its root which in my opinion is tribalism or the otherwise known as negative ethnicity. Those in power or those in position to legislate should place legislation to curb tribalism. In places such as Malaysia such problems were experienced and in most cases they revolve around resource allocation. If legislation is  done and bottle necks are placed concerning every ethnic group and their percentages, a thing which has to be revised after every census that no single community will be served with a cake-size exceeding its percentage then ethnic emotions will be starved and tribalism will be a thing of the past. And our politics will no longer be defined in ethnic terms as every community will know that it’s their birth right to get what they deserve. This will be our turning point as children of tribalism and its children’s children will die and this country will achieve the much sung national unity.

How to be a Guest Blogger on CNYAKUNDI.COM …Check here