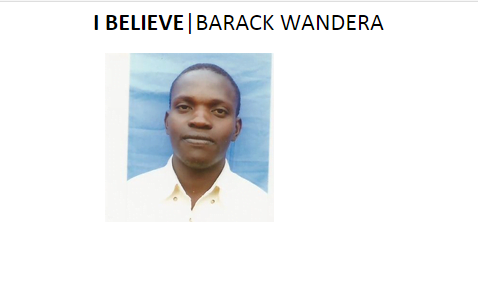 I believe just as Africa(Egypt) conquered Europe sometime in history, this  history can repeat itself with Kenya as Africa’s representative beating the world in technological niches among other areas.

There is a saying that if you want to hide something from an African hides it in a book. I agree with this in partiality but not in totality. Most of our local universities produce graduates who are only paper based and not research based.  Even as we have paper-based degrees,  its common knowledge that most individuals who undergo university education rely on dubbing , as a means of passing exams. With such I believe that the graduates in the market are mere degree holders without proficiency no wonder we have high levels of unemployment in our society. I believe the objective of university education is not to turn one into a viable employee but an in individual equipped with skills and tools to harness opportunities lying ahead of them.

If I mention my profession for instance, education, besides waiting to be employed by T.S.C. an Education graduate can grab opportunities in Kenya such as the low numbers of private schools in Kenya and come up with a secondary school to provide such missing but greatly desired services either as an individual or teaming up as teachers of different subjects.

Our people especially those who have undergone training should cease crying to the government every now and then to provide jobs. The fact is that even giant economy governments do not employ the whole of their citizenry but instead provides conditions necessary for businesses to sprout from every corner of the country, spreading its fingers across such a country.

The Curriculum in Kenya should be revised and slanted towards acquisition of skills rather than grades. Most young men and women have got beautiful grades but no skills, neither do they endeavor to invent or innovate as seen in yonder countries where boys aged 14 come up with condoms that change color when they detect sexually transmitted diseases.

We need mentorship and modeling programs from primary schools running through secondary and post-secondary levels where our future generations will be tuned to provide home-based solutions to the problems heart-rending this nation. We need a Kenya where we can have home made cars with its components designed by Kenyans like me and you. Clothes which have been made in Kenya should dominate the market with our men and women behind its success. My heart yearns to use phones made in Kenya by Kenyans and use jets made by Kenyans.  Am I expressing extreme nationalism by clinging to such ideologies? You have an answer for that.

I believe as a country we have the capacity to change the narrative by investing in approaches that will encourage injections into our economy and discourage withdrawals. We ought to have systems in place where it’s easy for any hardworking Kenyan to raise to position of wealth irrespective of his political orientation, ethnic composition or religious inclination. Where we can have surplus and invest in multinational corporations and even come up with KenAid to assist other countries and beyond that offering inspiration to Africa and other parts of the world where it’s believed masses are dwindling in hopelessness.

Kenya has all it takes; recent discoveries of oil, rich tourism sector and a wide range of minerals just to mention a few are some resources which will Marshall this country to its envisioned heights. It’s only about changing our ways of doing things. We shall make it if we start freezing the wealth of corrupt individuals who rob national treasury and hide their loot overseas.  If we develop political goodwill in war towards graft and sensitize Kenyans on dangers of corruption. If we change our curriculum to focus on skills rather than grades and mere knowledge, research rather than mere papers. I believe this country shall get to its envisioned heights. It is you and me. It is our responsibility to tap wealth lying ahead of u