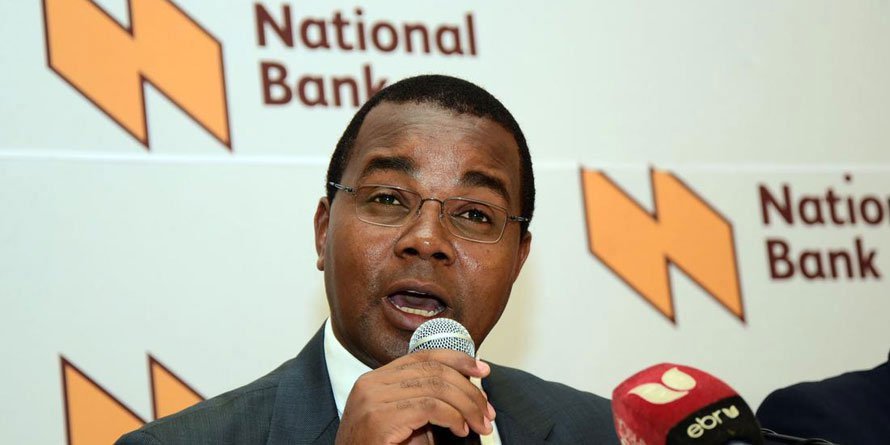 Wilfred Musau, the national Bank MD fired Samantha Luku, the NBK staffer that took him to court after the ever-horny MD attempted to rape her in a hotel, the editor of this site has been informed.

Samantha Luku was fired on October 2018 by Wilfred Musau who claimed that she was leaking confidential information, despite the matter pending in court.

Sadly, the National Bank Board have tried to kill this criminal offense story as we have been made aware. In fact, when Samantha Reported the Issue to HR Director Rodgers Mungumi, but he categorically threatened her and ordered her to withdraw the letter or else face the wrath of the Board Chair (Corporate Fraudster Mohamed Hassan). When you see such things, you start wondering whether FIDA and Amnesty International exist only on paper or functionality.

In one of the emails, the HR Director is telling the victim and I quote: “You have an opportunity to defend yourself before the Board“. If Anything, the Sexual beast should be the one to be given an opportunity to clear his name. How can the victim be victimized further?

Going by Samantha’s APPRAISAL RATINGS, she was a performer and did not require any sexual engagements in return of favors. HER PERFORMANCE COULD GET HER PROMOTIONS IN ANY COMPETITIVE ENVIRONMENT. And indeed it did when she emerged top in her interview only to learn later that agreeing to have SEX WITH WILFRED MUSAU WAS THE FINAL INTERVIEW.

According to the Rape Ordeal case against National Bank and its CEO, WILFRED MUSAU FORCED HIS HANDS INTO SAMANTHA LUKU’S PRIVATE PARTS denting her expensive panty in a situation he bragged to his boys as a Mafisi Yellow Pages experience. What is much annoying is the fact that he did all these in Public

We are aware NATIONAL BANK BOARD OF CRIMINALS (DIRECTORS) are meeting on Tuesday 13th February 2018 with the aim of INTIMIDATING SAMANTHA into withdrawal of the case. Coincidentally, BEATRICE GATHIRWA & LINNET MIREHANE are female Board members yet they allow women to be MOLESTED in the bank.

Wilfred Musau’s 40 Women experience had to come to a halt when he met a hard working girl who was NOT WILLING TO TRADE HER HOLY FRUIT WITH FAVORS. Just like the Baganda’s Proverb which hints that thieves have only 40 days, it seems the same applies to Promiscuous men.