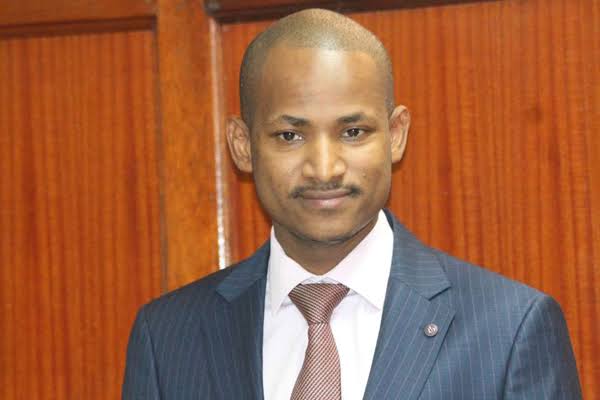 Embakasi East Member of Parliament Babu Owino has this afternoon released a statement in support of the Kenya Airports Authority workers’ strike that brought activities in various Kenyan airports to a standstill this morning.

The legislator has made it clear that he is strongly against the proposed takeover of the Jomo Kenyatta Airport by Kenya Airways and called upon the government to “terminate the bad idea with immediate effect”.

Babu expressed his disbelief of how KQ, a company which has continued to be a “public embarassment” would take over JKIA which is fast becoming a continental leader.

Here is his full statement below. 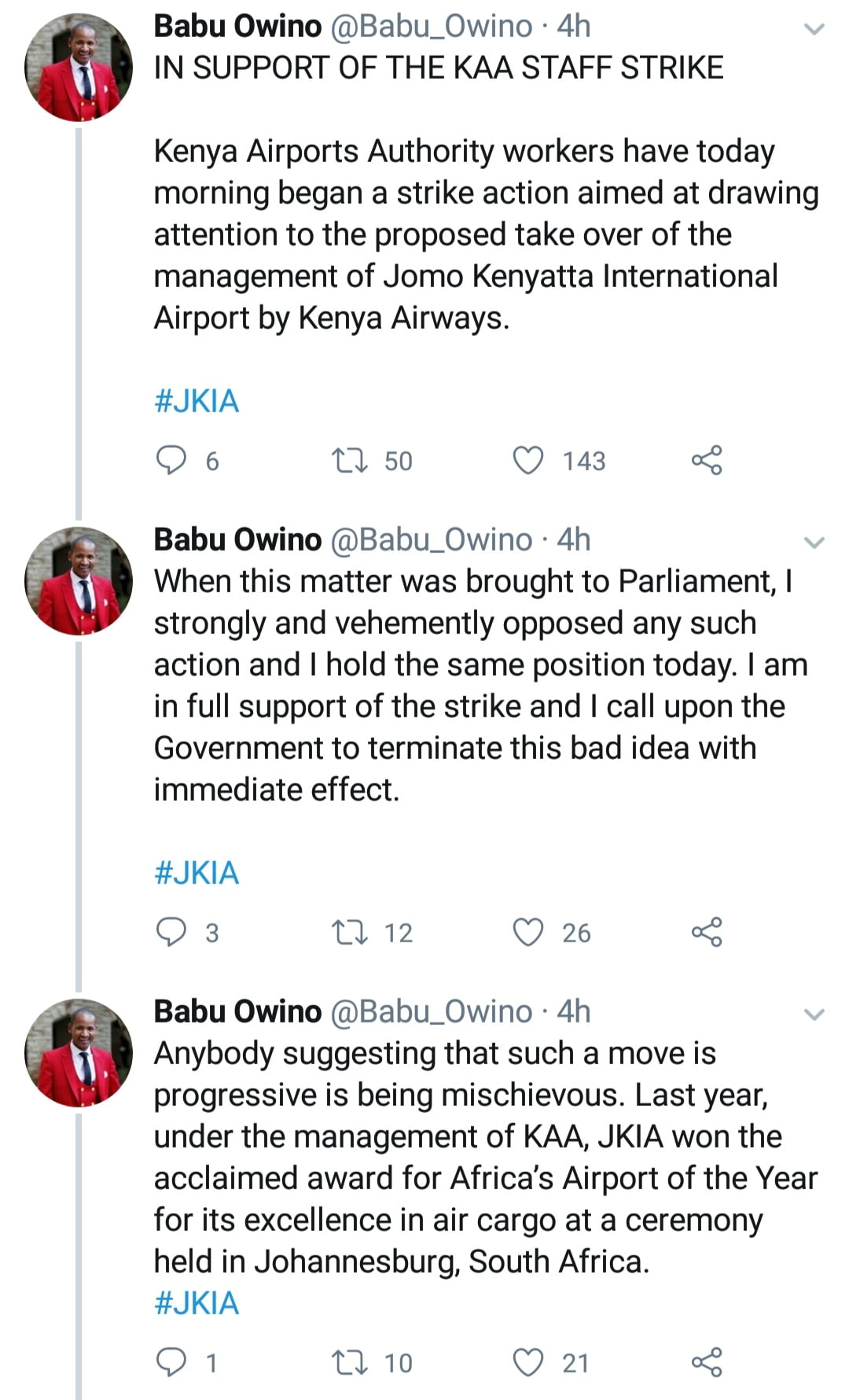 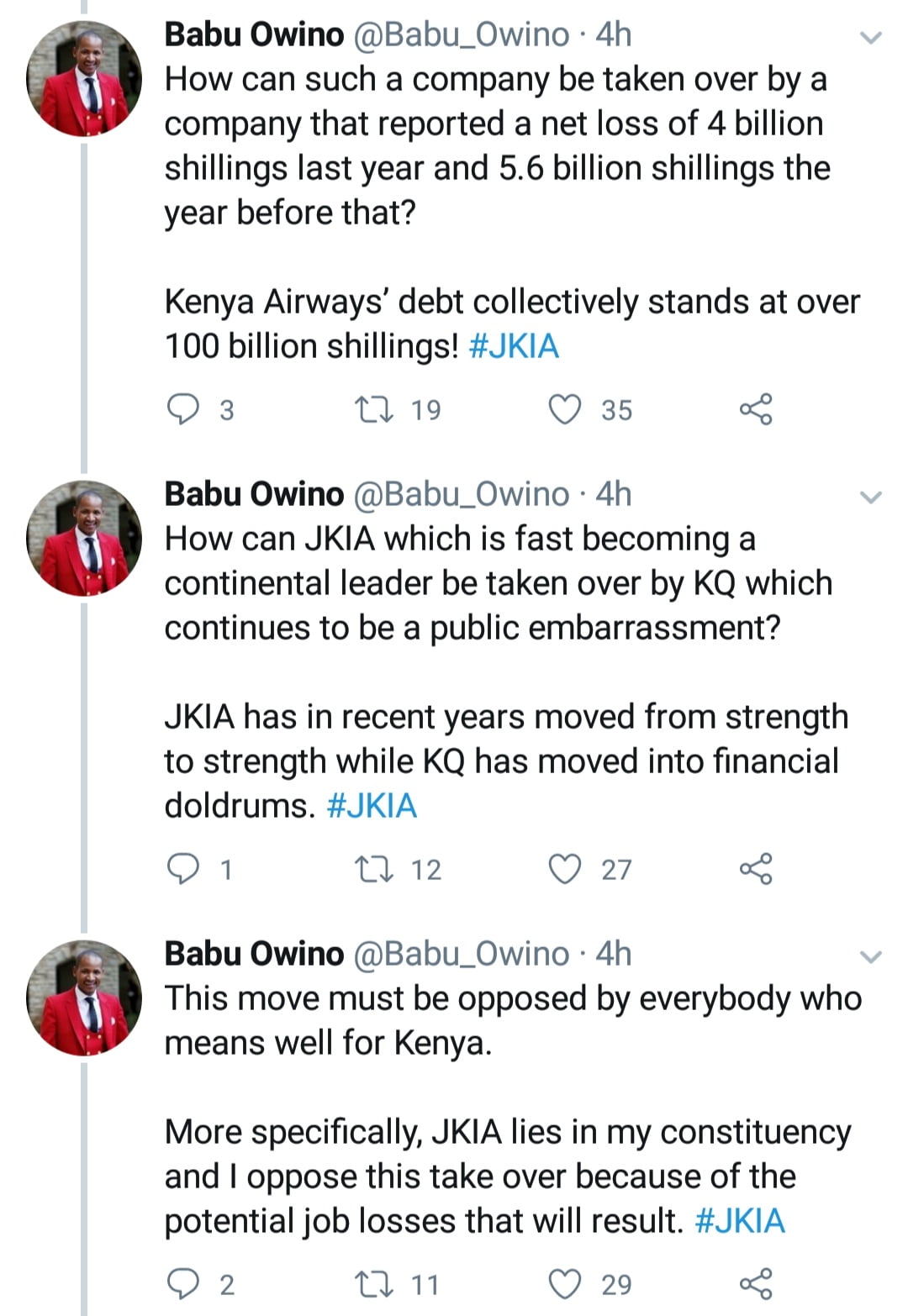 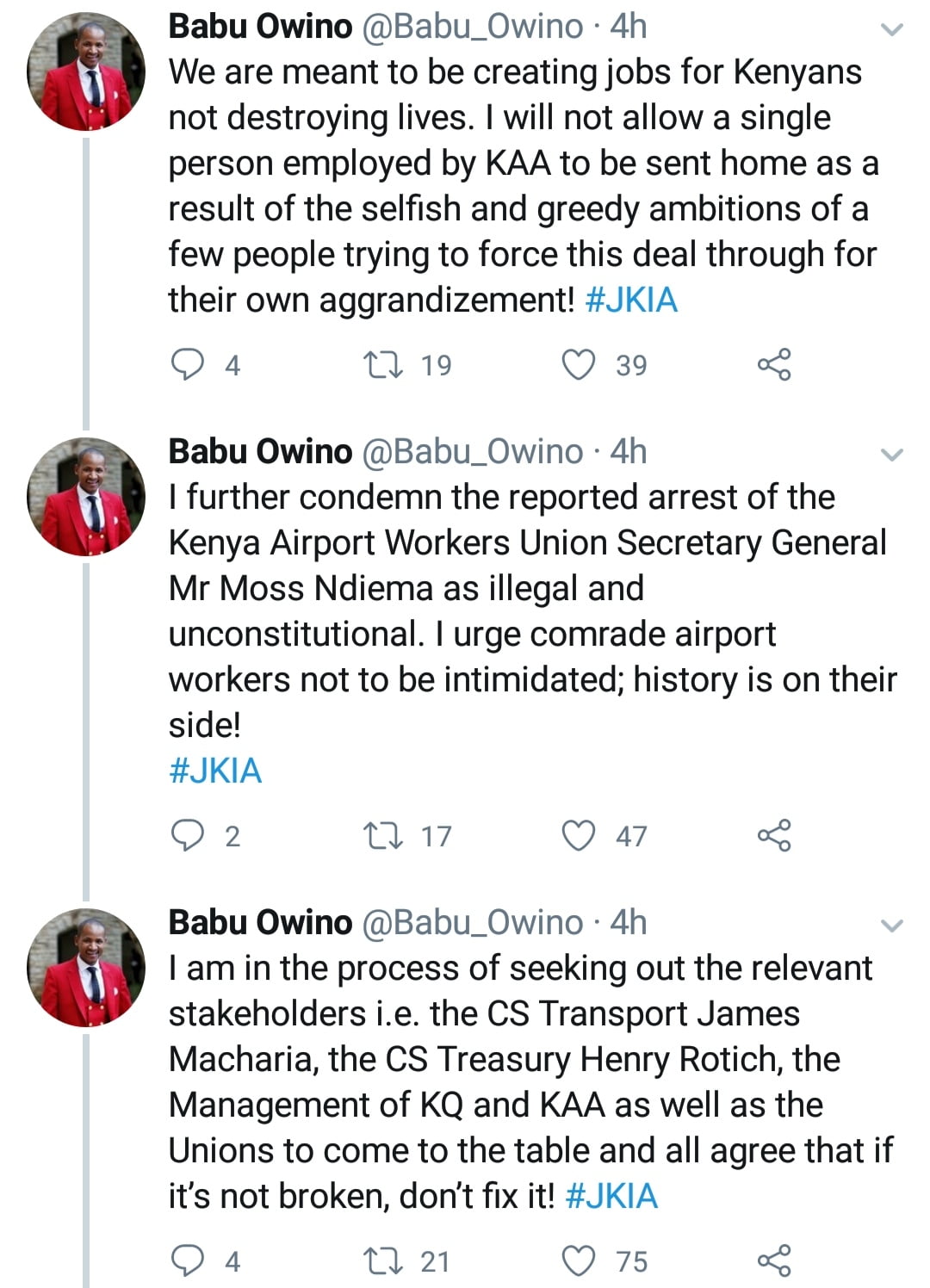 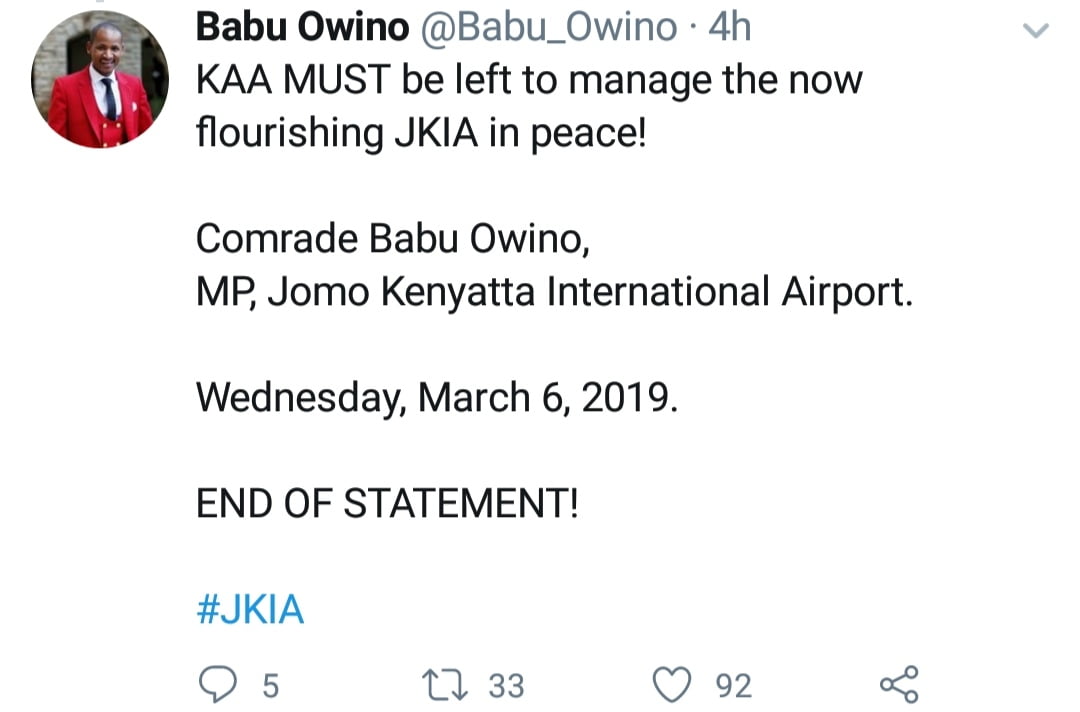