An audit conducted at the Nairobi Hospital has revealed how Sh2.2 billion was looted in one year by the former management.

An audit firm, Grant Thornton, in it’s report said the previous management did not follow proper rules in regard to financial management.

The audit was commissioned by the current hospital board chairperson Irungu Ndirangu whose Personal Assistant claimed he was committed to implementing the recommendations of the report ‘Report on Forensic Investigations into Operations of Nairobi Hospital’. 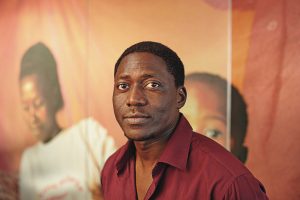 There were also projects with price variation orders amounting to Sh2.8 billion with the minutes from board meetings showing that orders were never discussed except for one on the fourth finance and investment committee meeting held during the year under review.

The unfair procurement practices were also discovered on the acquisition of C-arm machine that carries out endoscopy.

“During the review of suppliers pre-qualification, we noted that some of the service providers did not submit mandatory documents such as completed trade reference forms, latest audited accounts, tax compliance certificates, completed supplier code of ethics and signed affidavit on bidder litigation history for the last three years,” the report reads.

The audit that lays all the blames on the former management also uncovered internal interference with the procurement processes as it cited a number of messages made between Nairobi Hospital staff and suppliers.

The report recommended a serious disciplinary action against the implicated staff.

The report said investigations has unearthed a variance between the trial balance and the ledger to be at Sh17.1 million.

By December 2019, Nairobi Hospital was owed Sh2.8 billion but out of 25 debtors contacted, only one responded and disputed the debt as shown in the hospital books.

The deep rot at the hospital also includes allocated receipts worth Sh77.5 million but investigations established that some debtors signed agreements amounting to Sh77.2 million without security.

“No guarantee was provided for Sh98.4 million, which constituted 31% of entire cash amounts… there was no evidence of proper follow-ups on the outstanding balances,” the report reads.

The report delved deeper into improper firing of staff which ended up costing the company, conflict of interest in hiring of key staff, unfair and unprocedural pay hikes for ‘special staff’ and interference with procurement procedures.

The audit report established instances where a key staff member related to a senior board member hiked their salary from Sh600,000 to Sh900,000. The hiking was done through direct negotiation with the board hedging management.