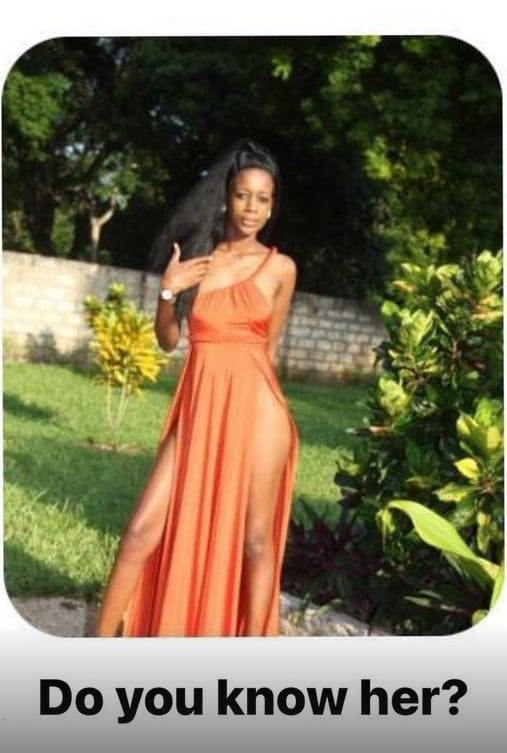 CAPTION : DAIZY WA MUTUA: Do you know her?

Machakos Governor Alfred Mutua’s efforts to strategize and form meaningful alliances as he prepares to put to test his dream of the presidency come 2022 were briefly interrupted on Thursday afternoon after some damning revelations on the former government spokesperson emerged.

This was after a lady who claimed to be one of Mutua’s mistresses came out to accuse the county boss of having impregnated and neglected her and the unborn child.

Through popular Kenyan blogger Edgar Obare’s populous Instagram account, the girl only identified as “Daizy” spilt the beans to the public and alleged that when the governor received the news that she was pregnant, he requested her to terminate it.

The two had apparently met for some good time at Anuba Lounge in Nyali when the incident happened.

“Hi Edgar, Alfred Mutua Machakos Governor impregnated me and is denying responsibility. At first, he told me to terminate my pregnancy but I refused. Ever since I told him I was pregnant and he was responsible for the pregnancy he started ignoring me. I even asked him if possible we could meet and square things out but he didn’t utter a word to me. We met in Mombasa in a certain club known as Anuba located in Nyali. That was around early in April last year. Ever since I told him that I’m pregnant hashiki simu zangu na hajibu texts,” she began in her long thread of paragraphs. 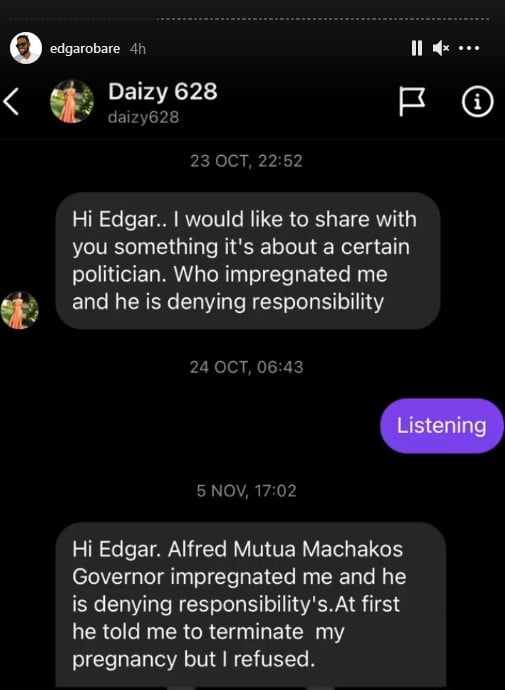 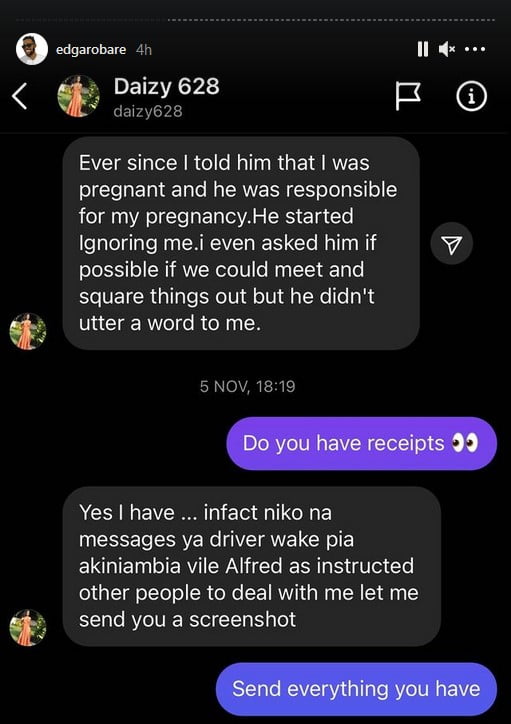 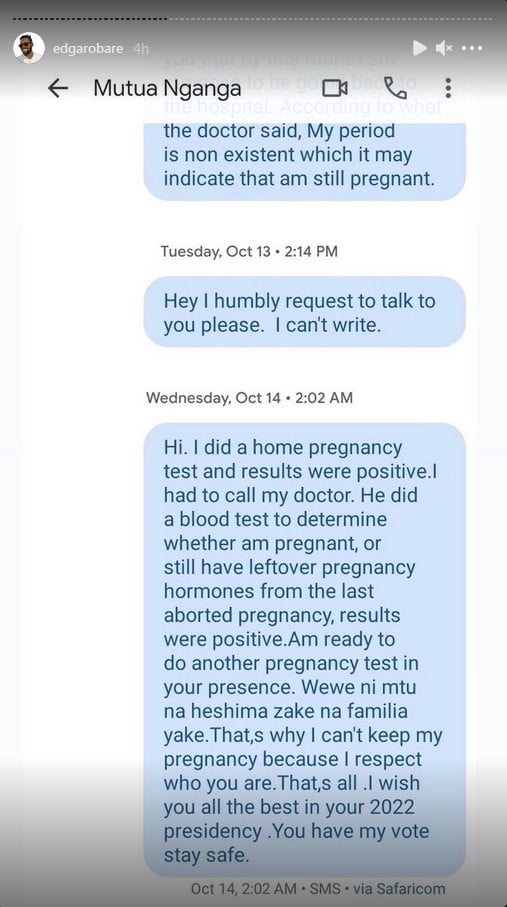 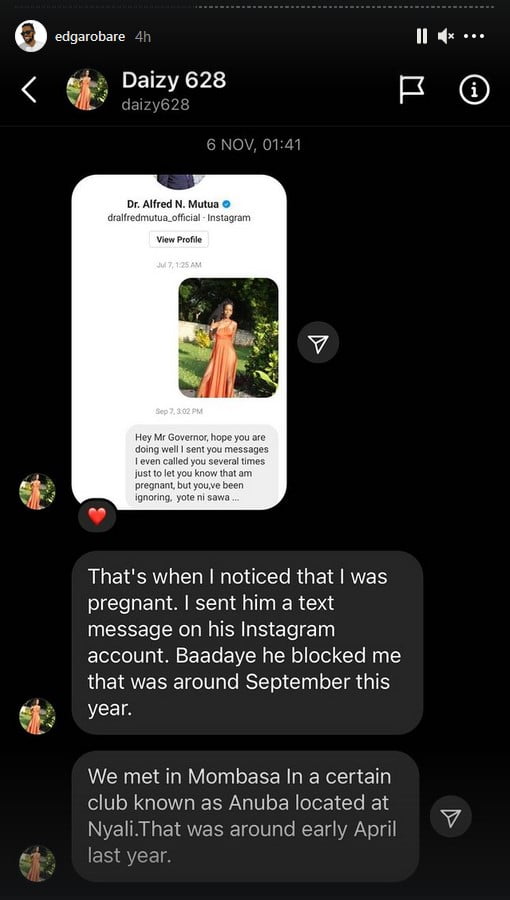 Additionally, the lady also released recorded voice notes of her calls with Governor Mutua where the two can be heard discussing how to meet and deliberate on ways to sort out the pregnancy issue: one of them being securing a second abortion for Daizy. 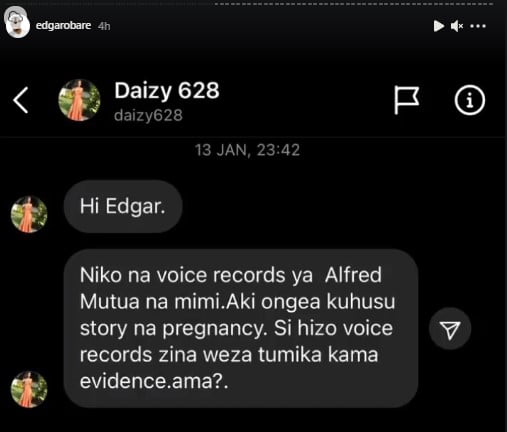 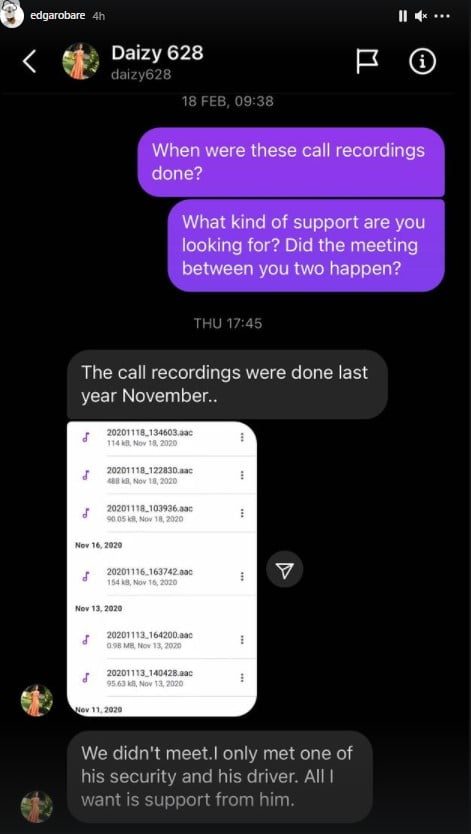 When requested to comment on the story by blogger Obare who reached out to him through his verified IG page, Mutua claimed the allegations were a complete fabrication and even threatened to involve the CID in investigating the matter.

“Hi Edgar. Please send me her details so that I can get the CID to investigate. This is a fabrication. People are always looking out to extort prominent people and especially now that they know I am running for President – they think I am afraid of negative publicity,” read part of his response. 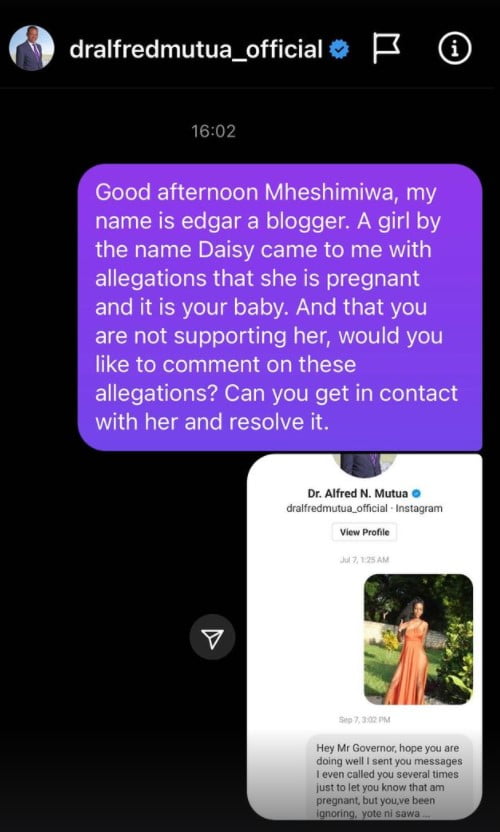 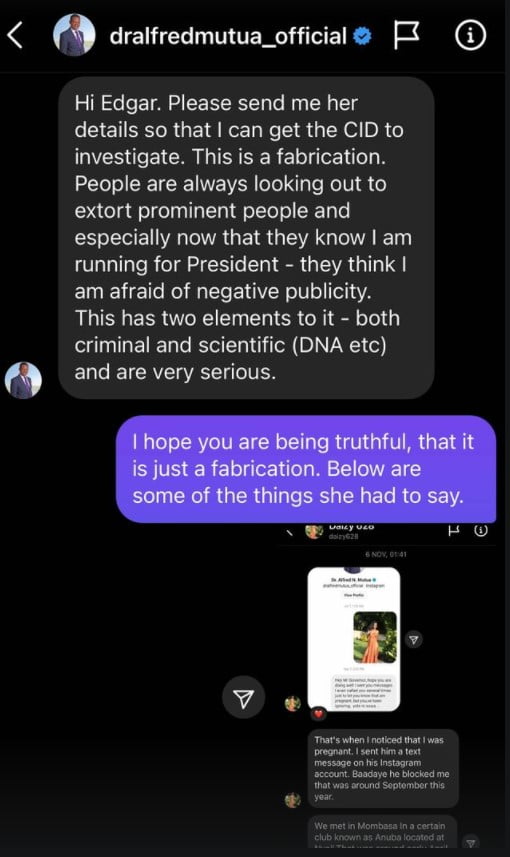 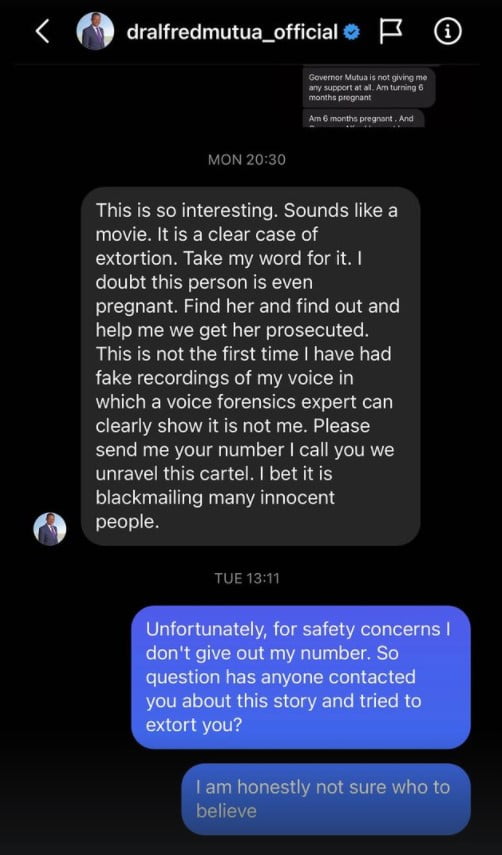 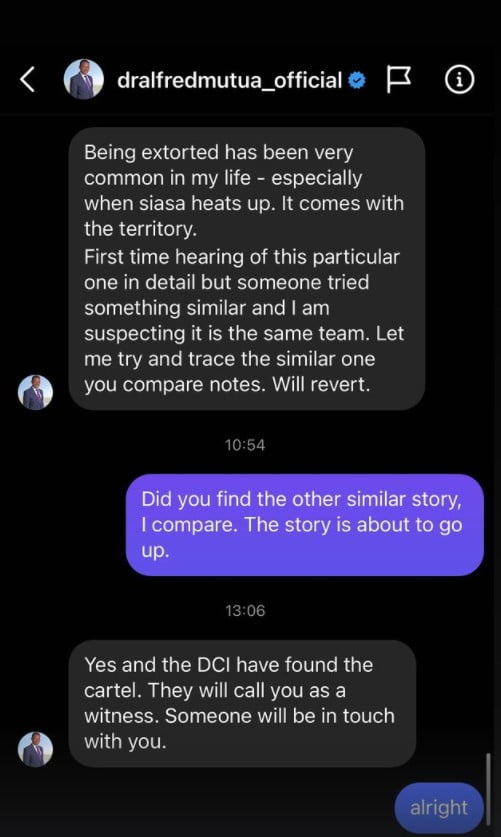 Meanwhile, the main character in all this debacle, Ms Daizy now claims that she fears for her life.

In a message sent to Edgar shortly after the story went viral, the lady claimed that she was already being sought by persons she did not describe and warned that in case anything happens to her life, Governor Mutua should be held responsible. 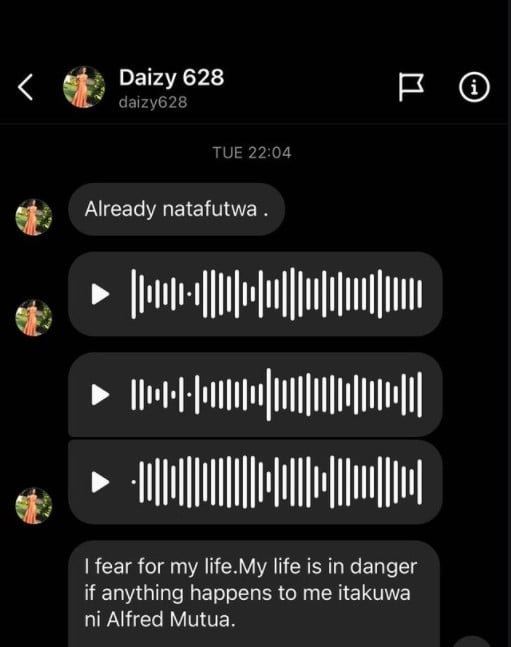 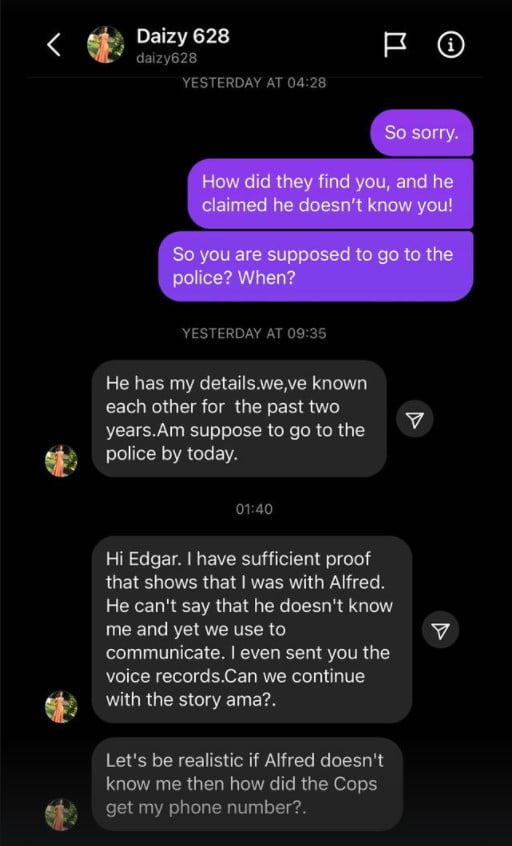