The Headteacher of Huruma Girls has come under sharp focus over miscellaneous demands that saddle parents with more costs.

A parent has reached cnyakundi.com complaining about undeclared charges such as those of repairing the dormitories. There’s an extract from school fees structure where the headmistress is forcing and pushing parents to pay dormitory repair charges which have only been agreed by the headmistress and the board to pay Ksh4050 for dormitory repairs which no one knows who did the act and the school has an insurance cover.

“We wonder where the money for insurance will go and we sense there is corruption in this. They have refused to call for parents meeting to discuss and address this issue but kids will not be allowed to school if they have not paid these punitive charges’, a parent wrote. 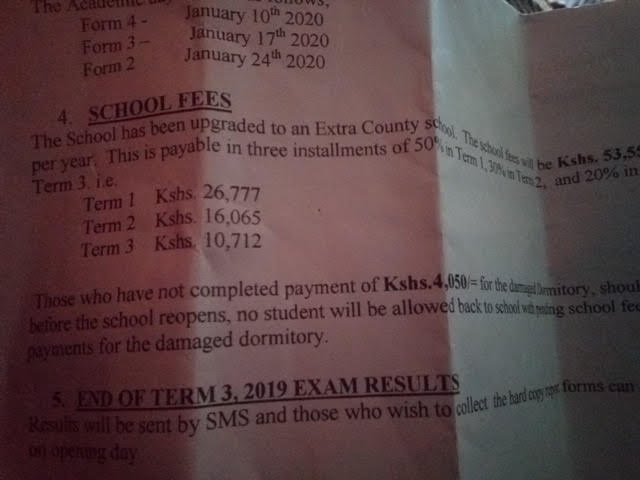 the snapshot of the fee structure

Some complaints were also shared on social media, stating that the school’s administration has refused to admit form 1 students without them buying a desk, chair and mattress. None of these items was on the admission letter.