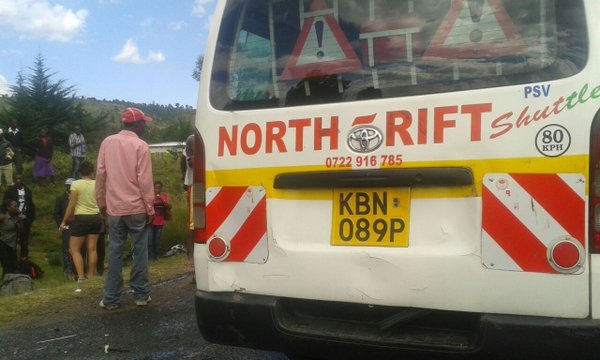 We have received an email from a passenger at a shuttle service which has coincidentally been behind many road accidents and caused many deaths. The North Rift Shuttle Sacco staffers are now under the spotlight for stealing a passenger’s luggage.

But apparently North Rift has ammersed power and clout by bribing their way out of problems, and it’s the reason perhaps despite their vehicles causing many accidents and deaths, they’re still allowed to operate with impunity.

I have experienced an issue that has highly displeased me. I would love to share it with you so you can highlight the issue. It will be of great help to many people. It concerns the North Rift company. I also request that once you decide to publish or share it (in case), please don’t disclose my identity.

So yesterday I was traveling from Kitale to Nairobi. I often use North Rift. When the car that I was to use arrived, as usual, all luggage is stored in the back or one stays with it. Since I happened to be sitting next to the driver, I couldn’t risk having my bag there as it could have been a distraction. Once I placed my bag and all other customers did, the boot was closed.

We traveled all the way to Nakuru without anyone alighting or the boot being opened. I was on medication so at the Nakuru stop over I went to check the boot so I could get my medicine. My bag wasn’t there. Thinking it to be somewhere within, all my fellow passengers helped me check all around for it, nothing.

I immediately called the Kitale office and inquired. They said they were working on it; they did it reluctantly. The driver then told me that , Kevin, a worker at the Kitale office had rearranged the boot some minutes before we left. I called the regional manager of the Kitale office, and that’s where quite some serious action started taking place. The bag was looked for.

Even pictures of bags not claimed were sent, I couldn’t trace mine. So I called the overall customer care office, and they promised to work on the case. I was taken in circles for the better part of my journey with questions such as ‘ Are you sure you had the bag?’ Honestly, no one in their sane minds can forget that which carries their documents.

I arrived in Nairobi very late in the evening and met the Nairobi office assistant manager. He listened to my case and contacted the office. Same answers, same people. Early today morning I reported the case to Kamukunji police and wrote a statement on the same. I was given the OB number and I sent it to Kitale so the police around there would work with the office to try to locate my luggage.

My mom went along with the police during the day. The people at the office, Kevin included, said that I did not arrive at the station with any bag, definitely a change of story to save their unapologetic ass. They even went ahead to say that ‘ North Rift is a big company and you can do nothing about it.’ An insult to the normal citizen.

My guess is that these guys take goods away from customers and tend to use the same escape route as blind Kenyans just accept the final word and do nothing about it. If this thought is anything to go by, then hundreds of customers have suffered great losses in the hands of thieves masquerading as employees( of course they are)

The police need me to record a statement so it can be seen “how big North Rift is.”

I’d appreciate if you give an ear to my predicament so we can save anyone else who was to undergo the same ordeal am in right now; no documents, no clothes, no shoes, just a name and misery to myself. Indeed a sad day for me.

If this issue goes public, definitely, I the complainant is known as a result of my many calls yesterday. I’ll be in danger of anything, but at least, many will be in the know. 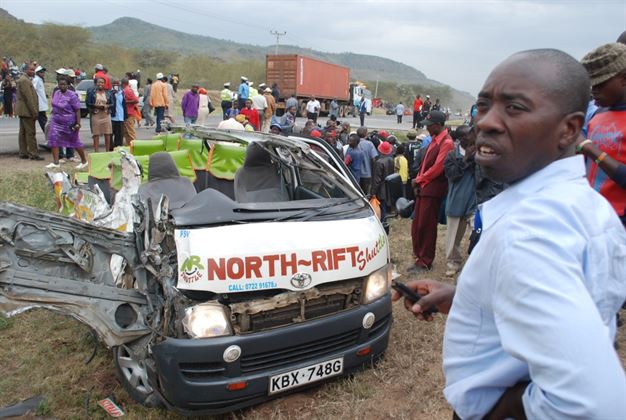 CAPTION: North Rift Shuttle has been behind many accidents and deaths in the country and they are allowed to operate with impunity because of bribing Lee Kinyanjui, the chairman of NTSA.
Would you like to get published on this Popular Blog? You can now email Cyprian Nyakundi any breaking news, Exposes, story ideas, human interest articles or interesting videos on: [email protected] Videos and pictures can be sent to +254 710 280 973 on WhatsApp, Signal and Telegram.