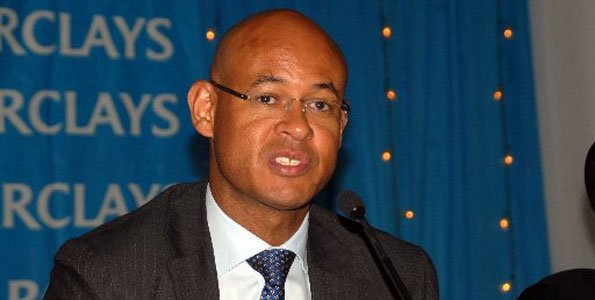 This is not the first time Barclays Bank Kenya is making a debut on this site. A Few moths ago, we exposed insider fraud within the bank with no response from the bank Jeremy the Pathetic boy heads like his bedroom.

The same Awori stalwart hosted corporate fraudster Vimal Shah in a Barclays Bank Talk leading to a Twitter storm by Kenyans who asked how he could accommodate a man accused of evading Taxes. Vimal Is KEPSA Chairman while Jeremy Awori is non-Executive Director.

Kenyans must know that the Kenyan Banking industry is built on quicksand and not on fundamentals hence can collapse at any time. Listening to the sad stories of Imperial Bank Depositors reminds you that Kenya is a Bandit State where the law of the Jungle Applies.

For Instance, why is the overrated so-called Central Bank Of Kenya Governor Patrick Njoroge not stopping the Suffering of Imperial Bank Depositors? Why would 45 Billion Just lie there waiting for August Elections for Jubilee Looters to Steal the Monies?. 27 Banks have collapsed in Kenya, and not even a single person has been sent to Jail. Then Njoroge bribes Low Self Esteem Journalists to do PR for him citing how he is a genius and the best thing Kenya has ever had. Total Bullshit!

According to a Letter done by a group Calling themselves Barclays Colleagues, the Fellas accuse Barclays Bank of Disrespecting them

” We hope that the mighty Barclays will emulate these fellow industry players and treat its esteemed staff with similar respect and decorum.”

We have attached the Letter