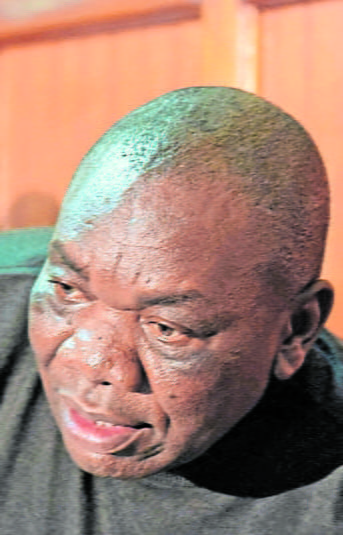 The Assets Recovery Agency (ARA) has revealed an intricate web of how a head of department at the National Youth Service used suppliers to acquire properties worth millions, a wide coverage by Daily Nation reports

In a petition described as an elaborate scheme of money laundering, the agency successfully sought the preservation of the properties pending an application for the assets to be forfeited to the government.

Former NYS Mechanical and Transport boss Evans Kundu In the petition, investigators said Mr Evans Wafula Kundu, who was an official at NYS, used main suppliers to the agency to pay for the assets he was acquiring.

“Our investigations established that the said illicit funds for the purchase of the assets were from the NYS suppliers who were paid by NYS for goods not supplied,” the petition stated.

Mr Kundu was in charge of the Mechanical and Transport Branch (MTB) section at NYS headquarters in Ruaraka and had the authority to incur expenditure.

The agency said he signed most of the fraudulent Local Purchase Orders and several fraudulent payment vouchers and procured goods not used or required by the MTB.

He is alleged to have received Sh197 million between 2013 and 2017 through his two bank accounts, at Barclays Bank’s Nakuru and Ruaraka branches.

The properties were purchased through companies linked to two suspects facing trial over the loss of Sh469 million at NYS — Lucy Wambui Ngirita and James Thuita.

Mr Kundu is further alleged to have received Sh9.7 million from Amagoro Traders, another supplier to NYS, and another Sh3.9 million from Kevas Investment, a company that made supplies to NYS in 2013.

Among the assets targeted by ARA is a house in Runda, which Mr Kundu’s daughter Millicent Matingi allegedly purchased for Sh73 million in 2016.

She allegedly bought the property from Sidney James Nesbitt and Asifa Lalji Nurani.

The property was later transferred to a company named as Mojisola Ltd, which was not a party to the sale agreement.

Court documents stated that Mojisola was incorporated in November 2016 and the sole director is Ms Matingi.

The payments of the property were, however, made from Mr Kundu’s account at Barclays and money traced to Interscope Technologies, Flagstone Merchants and from the firm of Kidiavai & Co. Advocates.

A total of Sh73 million was paid to the firm of Walker Kontos Advocates, who were acting for the seller.

The Director of Interscope Technologies is Mr Thuita, while the directors of Flagstone Company are Mr Thuita and his wife Yvonne Wanjiku Ngugi, who is also in court over the NYS scam.

The agency said the two were the main suppliers in NYS. “This was an elaborate scheme of money laundering where NYS suppliers paid for the purchase of property for the respondent,” the agency said in the petition.

And on November 29, 2016, Ms Matingi entered into another agreement for the purchase of a property worth Sh25 million in Nakuru town from Mr John Wachira.

ARA said they later established that the sale agreement was negotiated and drafted under the instructions of Mr Kundu but it was drawn between Mr Wachira and Ms Matingi.

On April 27, 2017, Ms Ngirita, a supplier to NYS, transferred Sh7 million to Mr Wachira’s bank account at Equity, as part of the payment for the property.

And on May 5, 2017, Ark Road Holding, a supplier to NYS and linked to the Ngiritas, transferred Sh4 million from its bank account to Mr Wachira.

Court documents showed that some of the deposits made to his accounts were in batches of Sh999,000, to beat the Central Bank of Kenya prudential guidelines.

ARA obtained orders stopping Mr Kundu, his wife Sylvia Ajiambo Onguru, daughter Ms Matingi Kundu and Mojisola Ltd from selling, interfering with or transferring any of the properties strewn across the country and a lorry.