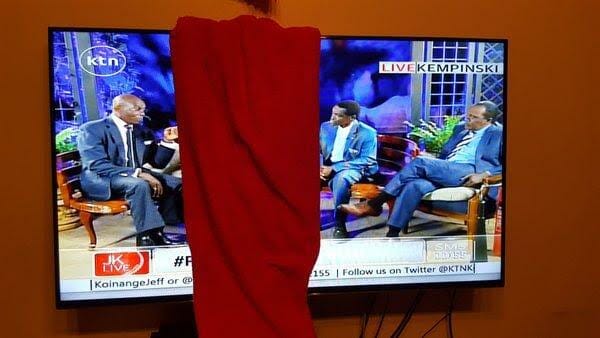 Caption: How Kenyans watched JKL Last Night, When Chris Kirubi Used The Platform To Kiss Uhuru’s Ass In Exchange For Access To Statehouse

We have severally mentioned about President Uhuru Kenyatta’s affinity and attraction to ass-kissers. To him merit is not a consideration; loyalty and your ability to lick his ass clean in false praises will guarantee you unlimited access to Statehouse and patronage for corrupt deals and scandals.

Uhuru is a strange departure from former President Mwai Kibaki who other than his kitchen-cabinet clique of Muthaiga golfers, never looked at Kenyans based on their sycophancy levels. Kibaki also never interfered with his appointees mandates or constitutional-offices unlike Uhuru who is constantly meddling in even small tenders, like awarding his sycophants deals to supply toilet-papers in Government offices.

This is the arrogance that within three years, has taken Kenya 3 decades behind development, as the thieves who are plundering state-coffers know that they have the backing of President Kenyatta who is literally manipulating the police, judiciary, and all other constitutional offices.

Which then would baffle any observer why octogenarian and sexual deviant Chris Kirubi would appear on Jeff Koinange Live to purport that Uhuru’s “hands are tied” in the fight against corruption, perhaps seeking to increase the tourist-president’s grip and making him a dictator as he makes case for constitutional amendment. Unfortunately, we see through such pathetic PR schemes, aimed at exonerating an incompetent President from blame.

How do you tell Kenyans that the President’s hands are tied when he flagrantly disregards the constitution every single day? We know that Solicitor General Njee Muturi is Uhuru’s legal advisor and not the Attorney General Githu Muigai as should be by the  law. So what can he say about that?

Aggregating comments on Twitter as the show was airing would not need a rocket-scientist to conclude that Chris Kirubi is a vexation to the spirit. That is pilfering taxpayers money and bringing down bustling enterprises, he has the nerve to try and lecture young Kenyans? Despicable!

Mr. Chris Kirubi, stick to your sex-for-promotion-in-corporates-I-control lane. Entertain your hoe’s with the cheap rhetoric, but not us intellectual Kenyans who can see through Jubilee’s incompetence. Kenya has no shortage of political commentators.

Don’t forget to apologise to Muthoni Ndonga Mr. Chris Kirubi. Influencing your gay boyfriends in corporate companies to deny her sponsorship was so Uhuru-esque, like Brookside killing KCC so that President Mohammed Buhari can strike deals and benefit the Kenyatta family. Terrorist-business models that have no future in today’s Kenya.

In other news, I Support Dennis Itumbi’s Chapati Story. 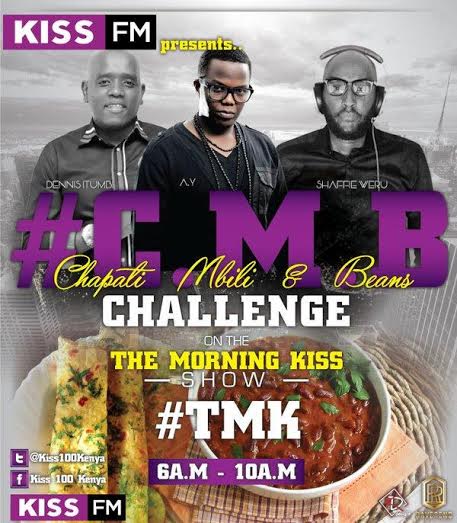 I hereby lend my support to Dennis Itumbi’s initiative the #ChapatiStory, an endeavour he conceptualised to celebrate his birthday with the less fortunate. Unlike Nairobi socialites who would largely blow their cash on hoe’s and Jameson, this idea by Itumbi is noble and thoughtful.

It would be a great gesture by the mediocre mainstream media that has a demonic obsession with politics, including retarded media execs like Linus Kaikai and Wachira Waruru who imagine the rest of us are fascinated by Nigerian movies and Mexican soap-operas to dispatch their live OB-vans to cover this and any other event conceptualised by normal Kenyans.

We would warn Mr. Itumbi to entertain Capital FM with caution, as wounds of how Chris Kirubi conspired with the simple minds working in his radio station to destroy Muthoni “The Drummer Queen” Ndonga’s indigineous initiative Blankets & Wine, are still fresh. Nairobi is filled with jealous saboteurs who would rather destroy something as long as they are not gaining from it. We call this the Uhuru St. Mary’s mindset.

If you have an initiative out there, that’s not primarily for-profit, looking to be promoted and highlighted, do drop us a note. We don’t ask for bribes like mainstream journalists but endeavour to build homegrown initiatives and change our mindset from the jealousy and corruption that has been synonymous with the older age-groups.