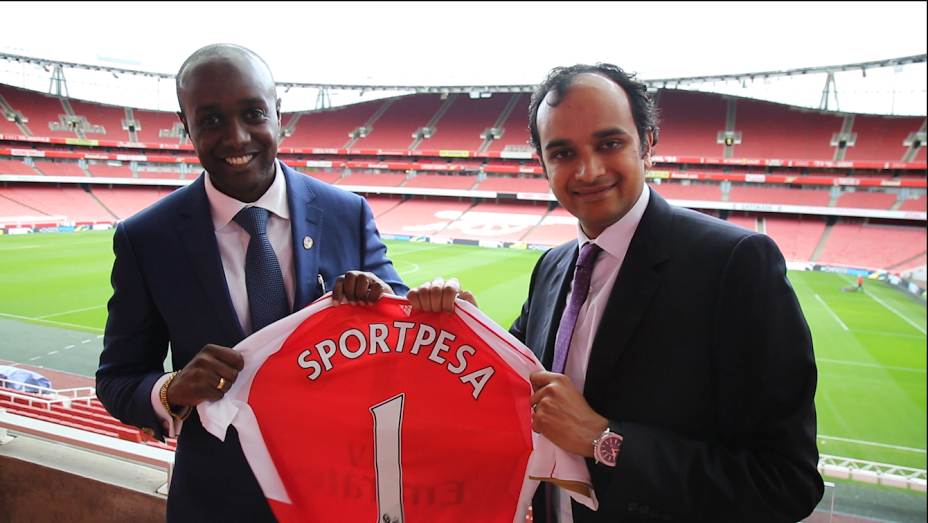 The Secretary General of the Kenya Airline Pilots Association (KALPA) Captain Ronald Karauri has neglected his duties and overseen massive corruption and theft at the National Carrier Kenya Airways and has remained silent in the face of injustice, occasionally releasing wishy-washy statements that provide no clear direction on the future of the once Pride of Africa.

To begin with, Captain Ronald Karauri recently resigned from Kenya Airways, as it has become more lucrative to run the betting firm Sport Pesa where together with his Hungarian partners, he is making big profits from snookering our usual cabal of ignorant Kenyans, who have been programmed by deceptive marketing to believe that betting is an economic activity.

The biggest calamity is having a betting company dictating the direction of local football, with their sponsorship of Kenyan Premier League (KPL), top clubs Gor Mahia and AFC Leopards plus speculation is rife that senior officials of the new Football Kenya Federation (FKF) Executive Committee are fronting a dubious deal that would have the firm wielding unparalleled influence, leaving football in Kenya to operate at the whims of a greenhorn that probably never kicked a ball in his lifetime, yet hopes to become FKF President like his father Mathew Adams Karauri in a replication of Kenyatta dynasty in national politics.

Newly-elected FKF President Nick Mwendwa should know that he only has a 3-month window to impress Kenyans with a Rapid Results Initiative (RRI), whereby if he opts to concede his future to a betting company or vested corporate interests, he will face a similar fate as that of his predecessor Sam Nyamweya. Rumors are rife that Mwendwa is surrounded by greedy sharks fronting dubious corporate interests, plus a recent series by award-winning investigative journalist John Allan-Namu where FKF Vice Dorris Petra was exposed as having been part of a criminal scandal, where she together with co-conspirators in the Ministry of Sports, used the Women’s Football Team to make money, by faking a trip to Tanzania for a football match and even having their passports stamped by immigration. Kenyans saw that video and kept quiet because we want to give you Mwendwa the benefit of a doubt. And when things go haywire, we will come for you and not your office.

Moving on, reports reaching the Cyprian Nyakundi newsdesk indicate that Kenya Airways is planning on retrenching 70 pilots, 22 being the older ones who fly the Boeing 777’s and the rest being plucked from other fleets. Amidst all this, Captain Ronald Karauri is busy signing deals with Arsenal saying he is their representative in Kenya, whilst neglecting his primary role of advocating for the welfare of pilots, the bulk of whom work for the collapsing Kenya Airways.

It is rumoured that Captain Ronald Karauri has been bribed into silence by Kenya’s Hugh Hefner and architect of many scandals Chris Kirubi, speculation that was triggered after the duo appeared on a TV interview on The Trend by Larry Madowo. The interview was pre-scripted and Karauri did not articulate anything that made sense and was rather following the cue of Kirubi, who has vested interests in the airline’s collapse. It will be remembered that Kirubi precipitated the collapse of Uchumi Supermarkets so as to buy off the chain, a move that was stalled by other directors. On 21st September 2015, it was announced that Chris “Hugh Hefner” Kirubi purchased 2.1million KQ shares and ‘suggested’ that it stops trading at the NSE.

Today, Will Horton @Winglets747 an analyst at Centre for Aviation (CAPA) tweeted a very strange occurrence. “Kenya Airways becoming case study in re-leasing new aircraft. Kenya’s 777-300ERs going to Turkish, some 787s to Oman Air.” The question is, how do you lease aircraft that you have also leased?

Note of importance is that on January 16th, 2016 bribed journalists like Brian Ngugi of the Daily Nation copy-pasted a press release from Kenya Airways stating that the KQ Board had approved the sale of aircraft in the B777 range. The company that supposedly purchased the redundant aircraft did not, however, announce, yet buying planes isn’t buying bread in a bakery.

Here is the reason. Key individuals in the Office of the President are said to own the 5Y-KYR, KYS and KYT. Another 10 aircraft’s with registrations 5Y-FFA to FFJ are said to be owned by another powerful Kenyan residing in Statehouse which earns him a lot of bucks. In Jomo Kenyatta International Airport (JKIA), pilots nicknamed a bay where redundant aircraft were parked as “The Graveyard” and it is from this lot that Will Horton is referring to. Kenya Airways cannot stop leasing this redundant aircraft because they are connected to the usual family that has shafted Kenyans since independence. Now even as Turkish Airlines and Oman Air pays $1.2million for every craft they are leasing, Kenya Airways is paying $1.5million to the shell companies registered in Mauritius as purpose-built fraud vehicles, meaning that Kenya Airways is still coughing $3million to offset and make the family happy.

As all this is happening, Ronald Karauri is still silent, traveling to Emirates Stadium to do bogus deals with Arsenal, and turning a blind eye on the corrupt dealings, probably because the same people who are bringing down Kenya Airways are also the characters behind Sport Pesa. It is not by accident but by design, because Ronald Karauri is the son of former Tigania MP Adams Karauri who is always spotted with Jubilee scum like Kithure Kindiki.

The Kenya Airline Pilots Association (KALPA) remained silent even as their support staff (cabin crew) were massively retrenched and even short-changed, without even the slightest threat of industrial action. We hereby petition member of KALPA to recall the entire office and elect individuals who have the best interest of aviation, and not using their seats for proximity to cut deals like Ronald Karauri.

We hereby attach this link by Kahawa Tungu detailing the genesis of the scandal that’s ripping our old national carrier apart, and call on business journalists to cease henceforth any copy-paste of Kenya Airways Press Releases, or else we will expose you to the whole world. This is the last warning to you Wallace Kantai, Terryanne Chebet and your ilk.