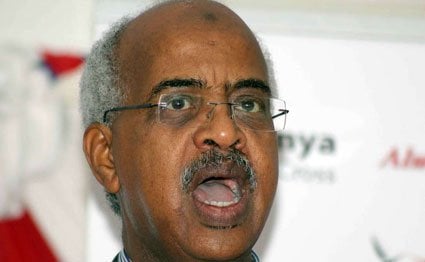 Following your expose’ on how Kenya Red Cross has colluded with NHIF senior officials to loot taxpayers’ money and am glad thanks to you The DCI has started going for them. We are now waiting for Abbass to be arrested over many scandals. The fight against corruption is real.

So I also went undercover just to find out how this organisation works and what I found is utterly shocking and unbelievable!

Now, the red cross went into an agreement with different county governments to provide ambulance service at a cost of averagely 600,000 a month. What is shocking is the amount of negligence and no respect for labour laws that these workers have been subjected to.

Their workers have been subjected to 24hour shifts for almost a month. This not only endangers their lives but even the lives of the patients they are taking care of. It is highly shocking that an organisation that is meant to promote safety cannot even do the same for its own workers

We are talking about drivers not driving for more than 8 hours yet here is an organisation that talks about road safety and their drivers are driving all day all night for almost a month to make it worse it is lives they are purporting to save.

How do you save lives when yours is entirely in danger!?.. A closer look at the ambulances reveals how old and ratchet they have become.

My relative was recently in need of the ambulance. When inside, it was apparently raining and you couldn’t tell the difference between being inside and out and the driver was apparently sleeping while driving telling me he has been up the whole night running.

Asking if there was no one to help him he said they are understaffed and efforts to have their bosses add more staff has fallen on deaf ears. I was later informed that apparently those vehicles are supposed to be changed whenever they get to 150000 kilometres.

This is not the case so far as some of their vehicles are now almost hitting 400000 kilometres.

According to some volunteers who wanted anonymity, they blame the current poor management on the current National Executive Committee terming it the weakest board they’ve ever had.

The board is apparently worshipping Abbass Gullet, unlike the previous Governor Paul who took things straight on and did not entertain nonsense.

The red cross is making money and has totally forgotten about standards of service. The top management of Eplus is apparently in office because of the close intimate relationship with the CEO and not because of competency. The results are being seen

Red Cross is in ICU